An unusual sight greeted Jerusalem police as they entered one of Christianity’s holiest sites Sunday morning: dozens of monks punching and kicking each other in a massive brawl.

Monks from the Greek Orthodox and Armenian denominations were preparing for a ceremony at the Church of the Holy Sepulcher in the Old City when a disagreement led to a full-fledged fistfight.

The fight began when Armenian clergy were holding a procession to commemorate the finding of the cross believed to have been used in the crucifixion of Jesus.

The Greek members of the clergy wanted one of their monks present for fear that the procession would undermine their claim to an ancient structure built on what is believed to be the tomb of Jesus.

Many among the dozens of monks came away with cuts and bruises, said police spokesman Mickey Rosenfeld.

Let’s hear it for Christian love. Or is this Quest for Control and Power?

Independent warranty provider SquareTrade has released a report showing that iPhones are more reliable than either BlackBerry or Palm Treo devices.

The report…analyzes failure rates for more than 15,000 new cell phones covered by SquareTrade warranties. SquareTrade found that after one year of ownership, iPhone owners were half as likely as BlackBerry owners to have a phone failure, and one-third as likely as Treo owners. After 12 months, slightly over 16% of Treo owners had experienced a failure, while just less than 12% of BlackBerry owners had their smartphone die on them. Only 5.6% of iPhone owners had a critical failure…

When it comes to problems not caused by handset malfunctions, the iPhone is much more prone to accidental damage. 12% of iPhone owners reported failure due to dropping accidents, which SquareTrade attributes to the small size and slippery case of the iPhone.

I wonder if the excess number of drops per iPhone owner says more about klutzy geeks than slippery smartphones?

This started life as a sewer plant. That’s what everyone called it.

Then, it became a Municipal Wastewater treatment Plant. Bureaucrats seem to inflate their importance – while mainstreaming whatever niche their lives are dedicated to. 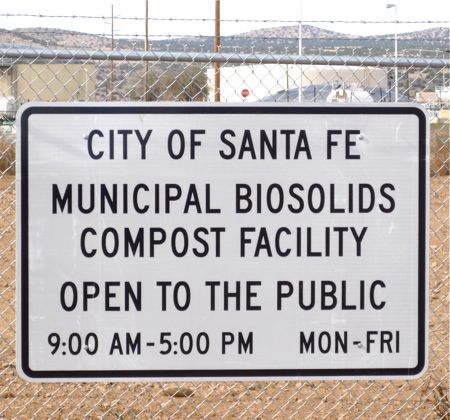 This is what they’ve recently grown to add.

Asked about reports that the transition team already has identified a number of areas where Obama could issue executive orders as soon as he takes office, John Podesta said he would not “preview decisions that [Obama] has yet to make.”

Podesta pointed out that there is a lot the president can do without waiting for Congress, and voters can expect to see Obama do so to try and restore “a sense that the country is working on behalf of the common good.”

“I think that we’re looking at — again, in virtually every agency to see where we can move forward, whether that’s on energy transformation, on improving health care, on stem cell research,” he said.

Bush and his neocon army had eight years to foul their nest. Confronting agencies and institutions often turned against their chartered purpose must be a daunting task.

Parallel to these efforts, the rightwingers battling to retain control of the Republican Party have already launched the sort of divisive PR campaign that brought America’s former center for conservative thought and politics – to crashing defeat.

Nuclear power plants smaller than a garden shed and able to power 20,000 homes will be on sale within five years, say scientists at Los Alamos, the US government laboratory which developed the first atomic bomb.

The miniature reactors will be factory-sealed, contain no weapons-grade material, have no moving parts and will be nearly impossible to steal because they will be encased in concrete and buried underground.

The US government has licensed the technology to Hyperion, a New Mexico-based company which said last week that it has taken its first firm orders and plans to start mass production within five years. ‘Our goal is to generate electricity for 10 cents a watt anywhere in the world,’ said John Deal, chief executive of Hyperion. ‘They will cost approximately $25 million each. For a community with 10,000 households, that is a very affordable $250 per home.’

Deal claims to have more than 100 firm orders, largely from the oil and electricity industries, but says the company is also targeting developing countries and isolated communities. ‘It’s leapfrog technology,’ he said.

This is a truly worthwhile technology. I haven’t worked inside nuclear power generation since Hector was a pup; but, the problems of safety and cost never had a damned thing to do with tech in the first place. Aside from questions decided by politicians – like not choosing to build breeder reactors in the USA back in the day – the technology never has been a problem. France has proved that better than most.

I’ll have to track down previous posts on Toshiba’s “neighborhood-size” reactor. Last I recall, they were essentially giving one [and constructing it] to an Aleut community up in the Land of Palin. I’ll check and see how that’s coming.

The crew at Los Alamos know more about this sort of tech than just about anyone on the street. Good to see some of these taxpayer-funded programs making it into something other than death and destruction.

Ms. Lloyd and a survivor chicken

Abbi Vincent-Lloyd said she lost 30 hens on days when balloons were flying low over her Herefordshire farm. She claimed the stress of seeing the enormous balloons overhead caused them to run for cover.

It is as they desperately try to find shelter that they bump into each other or their surroundings, exploding the eggs inside them, she said.

This in turn causes an infection, which is thought to have led to scores of them dying…

“It is absolute chaos, when they go into anything and that causes the egg to explode inside them. “The fragments of the egg and its contents then infect them and then they die from it – it’s a horrible way to go.”

I spent an enjoyable portion of my youth on a poultry farm. I know that turkeys, for example, are stupid enough to stare at the sky when it starts to rain – and drown.

I have never before heard of exploding chickens.

Thanks, Justin [I think]

A bookmaker has turned away numerous gamblers hoping to bet on Barack Obama being assassinated.

William Hill bookmakers, which has received more than 100 requests, informed customers it would never offer odds on the possible targeting of the US President-elect. White supremacists have already allegedly plotted an attack on Obama, America’s first black President.

William Hill spokesman Graham Sharpe said the company had no interest in betting on the possible death or serious injury of any politician or person under any circumstances.

“I cannot imagine why any reputable bookmaker would even consider taking such a bet or any punter contemplate placing one,” Sharpe said.

“It leaves an uneasy feeling and an unpleasant taste in the mouth. We are giving people the chance to express their opinions and make a bit of money but even bookmakers have the occasional moral scruples. We would not be prepared to step over that line.”

I’m not surprised they’re already offering even money for re-election in 2012.

I’m also not surprised there are punters who feel they can count on American racism and bigotry leading to a presidential assassination.

The sheep in Skaftafell don’t know they’re in trouble, yet
Photo from Daylife/Reuters Pictures

The collapse came so fast it seemed unreal, impossible. One woman here compared it to being hit by a train. Another said she felt as if she were watching it through a window. Another said, “It feels like you’ve been put in a prison, and you don’t know what you did wrong.”

This country, as modern and sophisticated as it is geographically isolated, still seems to be in shock. But if the events of last month — the failure of Iceland’s banks; the plummeting of its currency; the first wave of layoffs; the loss of reputation abroad — felt like a bad dream, Iceland has now awakened to find that it is all coming true.

It is not as if Reykjavik, where about two-thirds of the country’s 300,000 people live, is filled with bread lines or homeless shanties or looters smashing store windows. But this city, until recently the center of one of the world’s fastest economic booms, is now the unhappy site of one of its great crashes. It is impossible to meet anyone here who has not been profoundly affected by the financial crisis…

“No country has ever crashed as quickly and as badly in peacetime,” said Jon Danielsson, an economist with the London School of Economics.

The loss goes beyond the personal, shattering a proud country’s sense of itself.

The kind of article that the IHT does as well as any great newspaper. Read and reflect. Read through the whole article and consider how close we have come, here in the United States – and may, yet – to the same level of economic disaster.

If we didn’t have some of the solutions put in place by Roosevelt and the New Deal – we might be in the same boat.

The largest synagogue in Germany has reopened after restoration to its condition before Kristallnacht, a night of anti-Jewish violence in 1938.

One of the guests at the reopening ceremony Friday at the Ryke Street Synagogue in Berlin was Rabbi Leo Trepp, who preached there in the 1930s, The Jerusalem Post reported. The rabbi, now 94, was sent to the Sachsenhausen concentration camp.

“It is a miracle that there are Jews in Germany again,” Trepp said. “And the synagogue on Rykestrasse, which survived two different regimes, is the symbol of that miracle.”

The synagogue was heavily damaged on Kristallnacht or the Night of Broken Glass but was not burned, apparently because a fire would have spread to nearby buildings. The congregation continued to hold services there until 1940.

When World War II ended, the building was used to house Jewish refugees until 1953 and then became the principal synagogue in East Berlin.

I can imagine the feelings of folks who attended the reopening and dedication.

I’ve been to the Nozyk Synagogue in Warsaw – which survived the Holocaust and the Warsaw Uprising – and your mind plays all the tricks of history and Hell upon your perceptions. So beautiful and so sad at the same time.