In one of the most brazen assaults since the President Felipe Calderón began his campaign against organised crime, men armed with grenades and automatic rifles opened fire on police stations across Michoacán state. The attackers, believed to be from the drug cartels, shot up a hotel where federal agents were staying – as well as six police stations.

The assaults were understood to have been revenge for the arrest of Arnoldo Rueda, an alleged ringleader of the La Familia cartel, based in Michoacán.

Minutes after Rueda was captured early on Saturday morning in Morelia, the state capital, about 40 gunmen appeared in a convoy of vehicles to try to rescue him.

They poured rifle fire and grenades into the building where he was being held. Six federal agents were wounded before officers were able to contain the attack.

The violence then spread across the beautiful Pacific coastal state. In Zitacuaro three federal agents were killed while two soldiers were shot dead in the town of Zamora, cut down by bullets from a passing car as they walked to their headquarters.

Dozens of gunmen ambushed a convoy along a highway near the port city of Lazaro Cárdenas, wounding at least five federal agents.

Life in beautiful Old Mexico. But, fear not. The not-as-corrupt conservatives currently in power look like being voted out of office by a campaign which includes drug gangs as participants.

The always-corrupt, populist PRI is gaining back political seats in Mexico. Things should be quiet soon. Unless you oppose the power of drugs gangsters.

Republican lawmakers on Sunday criticized a plan to raise taxes on the wealthy to pay for a $1 trillion healthcare overhaul and warned Congress was unlikely to meet President Barack Obama’s goal of passing the measure by August.

Republican Senator Judd Gregg said finishing a healthcare bill by Congress’ August recess was “highly unlikely” because the Senate Finance Committee had not yet completed a draft. Senator John Kyl, the Republican whip, said there was “no chance” it would be done before the break…

Obama has made healthcare reform his top legislative priority and hopes to sign the bill in October. The United States spends more than $2 trillion annually on healthcare, twice any other nation, but it ranks worse than most developed countries on measures of health like life expectancy.

Some 46 million are uninsured and have little access to routine healthcare, relying instead on costly emergency room visits.

END_OF_DOCUMENT_TOKEN_TO_BE_REPLACED

We consumers seem to becoming pawns in the power struggle between internet behemoths Google and Microsoft. To Google, we are “products” to be sold to highest bidding advertiser and to Microsoft we have been reduced largely to a software license. The battle these two corporate superpowers are undergoing leaves me feeling awed, and puny.

So when I read the plethora of opinions the experts are spinning about whether Bing is better than Google, I wonder what “Judy Consumer” thinks. I suspect the subtleties of the technology are probably lost on her.

What the “Judy Consumers” of the world do know is that the new Bing advertising campaign promises that Bing is not only a search engine but a decision engine. I can imagine the agency/client meetings assessing this positioning vs. that one. I can hear the focus group comments that came from the testing that no doubt went into the creation of this campaign. And I can certainly feel the excitement (maybe even a little tension) as the agency reported on the research results in support of the recommended campaign. Been there, done that…

So then I went to look at how Bing does deliver in its decision-making promise. I did the first search that came to mind: I searched my name. And Google did much better and was more accurate than Bing by far. In fact, I could compare results very efficiently via a site called bing-vs-google.com that David Pogue of the New York Times introduced to readers.

Maybe I am not looking hard enough and I certainly did not put it through its paces as David Pogue did. Or just maybe the differences are too subtle for “Judy Consumer” to notice. Or maybe most people don’t care enough about search to look for these extra features. And this is where Bing is at a distinct disadvantage: It takes a lot to overcome inertia.

I don’t proclaim to know how this war will end but I hope “Judy Consumer” makes up her own mind and doesn’t rely on either Microsoft or Google to make her decisions. Or the pundits either for that matter. They know too much.

I pretty much agree with Judy. I thought back to the days of AltaVista and Yahoo and starting up with Google – and why I changed gradually to the latter. It had to do with more than search.

Google was obviously better at search than AltaVista. The Microsoft products were always garbage. No choice. So, what moved me to making Google search – my home page? GMail.

Not a solution I ever got from Microsoft. 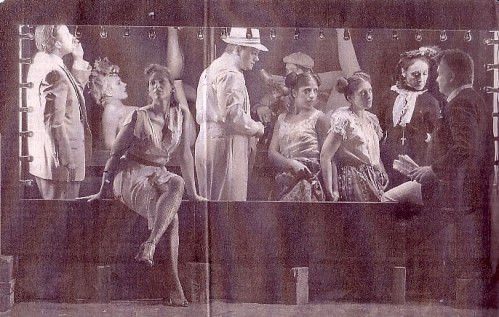 Some athletes borrow to fund their training, others depend on supportive family.

Logan Campbell, a New Zealand taekwondo champion has chosen a more unorthodox way of funding his bid for the 2012 London Olympics. He has opened up a brothel in Auckland, NZ’s largest city.

The 23-year-old, who finished in the top 16 in the taekwondo featherweight division at the Beijing Olympics, turned pimp after funding dried up and he feared he was in danger of missing the games in 2012.

The Beijing campaign cost around $NZ150,000, most of which came from his parents. His father, Max, an auctioneer, worked two jobs to get him to Beijing and Mr Campbell said he was sick of being a burden on his parents.

His new venture, he hopes, will earn him the $NZ300,000 he needs to be a serious medal contender in London after being beaten in Beijing by eventual bronze medallist Sung Yu-Chi of Taiwanto…

His parents were supportive, he said. “Mum was hesitant but she met the girls, a couple came over to her house and she was sweet as. She realised they were just normal people supporting their kids and stuff,” he said.

It is not the first time the Olympics has been linked with the sex industry. In 1999 it was revealed that Sydney Olympic hopeful Nicole Tasker, a cyclist, was lap dancing at an Auckland strip club to raise money.

It’s OK if you’re pimping for McDonald’s or Nike, Citibank or Chevrolet.

Sex is the only problem. As it often seems to be in English-speaking nations. 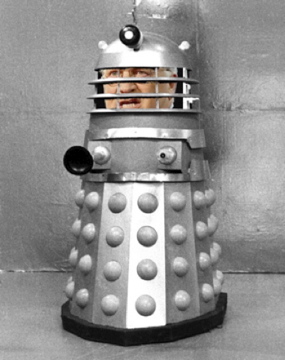 The Central Intelligence Agency withheld information about a secret counterterrorism program from Congress for eight years on direct orders from former Vice President Dick Cheney, the agency’s director, Leon E. Panetta, has told the Senate and House intelligence committees, two people with direct knowledge of the matter have said.

The report that Mr. Cheney was behind the decision to conceal the still-unidentified program from Congress deepened the mystery surrounding it, suggesting that the Bush administration had put a high priority on the program and its secrecy.

Mr. Panetta, who ended the program when he first learned of its existence from subordinates on June 23, briefed the two intelligence committees about it in separate closed sessions the next day.

What a slimy thug!

The disclosure about Mr. Cheney’s role in the unidentified C.I.A. program comes a day after an inspector general’s report underscored the central role of the former vice president’s office in restricting to a small circle of officials knowledge of the National Security Agency’s program of eavesdropping without warrants, a degree of secrecy that the report concluded had hurt the effectiveness of the counterterrorism surveillance effort…

One intelligence official, who would speak about the classified program only on condition of anonymity, said there was no resistance inside the C.I.A. to Mr. Panetta’s decision to end the program last month…

In the eight years of his vice presidency, Mr. Cheney was the Bush administration’s most vehement defender of the secrecy of government activities, particularly in the intelligence arena. He went to the Supreme Court to keep secret the advisers to his task force on energy, and won.

Well of course, he won. It’s one of the most reactionary courts since some time before World War 2. The majority of court members are back-asswards Federalists who are at least 70 or 80 years in arrears of advancements in science, law and knowledge in general. They are gutless wonders who hide behind history as rationale for what passed for activism during the Inquisition.

RTFA. After you have something in your stomach.

Don’t laugh. You’re not somebody until you have referred
to yourself in the third person AND been made into butter sculpture.

Plans to erect a giant statue of Michael Jackson made from butter at the Iowa State Fair are being put to the vote.

Fair organisers announced their intention to create the butter tribute to the King of Pop just days after Jackson’s death.

But the idea has proved so controversial that they are now to hold an online poll to decide whether or not to go ahead with it.

Spokeswoman Lori Chappell says Jackson was to be part of a sculpture commemorating the 40th anniversary of Neil Armstrong’s moon landing.

You can vote here: Poll:  Should Michael Jackson be turned into butter?

Netbooks running Chrome OS, Google’s newly announced operating system, may be available later this year, according to a report from Reuters, which quoted Google chief executive Eric Schmidt at the Allen & Company media and technology conference in Sun Valley, Idaho, on July 9.

“Everybody we’ve talked to under nondisclosure is excited about the plan,” Schmidt told Reuters. “So hopefully later this year we’ll see some announcements.”

According to Reuters, Hewlett-Packard and Acer are working with Google to create devices running Chrome OS, which was designed to better exploit the Chrome browser and modern Web services, such as online applications.

Google introduced Chrome OS on July 7, just nine months after its Chrome browser, which already has nearly 30 million users, according to Google. Initially, the Google team said there would be some overlap between Chrome and Android — Google’s mobile operating system, used predominantly on smartphones — but that the two would still be very distinct.

Speaking on July 9, however, Schmidt told Reuters that the two products are closely related and could eventually “merge even closer.”

Poisonally, I think Eric Schmidt has learned a thing or two from both Bill Gates and Steve Jobs about managing the press – especially geek press.. And there’s nothing wrong with that.

I have to chuckle over industry analysts and pundits who prate about business strategies as if there’s some collegiate rulebook governing the dialectic of competition. Har!