India-Pakistan relations do not move in a straight line. They zigzag from crisis to crisis.

In the interregnum the two countries either engage in negotiations or struggle to revive an interrupted dialogue. This is not something new. It has always been the case.

This pattern veils a strange paradox. Behind all the polemical exchanges the reserve of goodwill between the people of the two countries has continued to grow. This was manifest in abundance at Caux (Switzerland) on the sidelines of the Forum for Human Security last week.

Nearly 30 delegates from all walks of life — activists in their own way — from India and Pakistan got together to talk about various issues that have divided their two countries. This meeting was the brainchild of Rajmohan Gandhi, the grandson of Mahatma Gandhi, that great apostle of non-violence…

Adopting the Chatham House rules — no one can be cited by name without his/her permission — the participants could speak freely. And voilà! What emerged was a wealth of information which is considered too sensitive to be shared at public forums. Hence the need to protect the anonymity of the speakers.

A number of issues were discussed — some with the idea of creating a better understanding of what is happening on the ground and others to unravel the knots that have made disputes between the two countries so intractable. Of course, the ubiquitous Kashmir dispute was brought up as were the water issue, terrorism in Fata, trade and extremism in India.

END_OF_DOCUMENT_TOKEN_TO_BE_REPLACED

A woman with multiple sclerosis has made legal history by winning her battle to have the law on assisted suicide clarified.

Debbie Purdy wanted to know if her husband would be prosecuted if he helped her end her life in Switzerland. Five Law Lords ruled the Director of Public Prosecutions must specify when a person might face prosecution.

Ms Purdy, 46, from Bradford, said she was “ecstatic” at the ruling and she had been given her life back…the Law Lords’ decision was “a huge step towards a more compassionate law”…

“The decision means that I can make an informed choice, with Omar, about whether he travels abroad with me to end my life because we will know exactly where we stand.”

No one has been prosecuted for assisting someone’s death, although the law says they could potentially face 14 years in prison…

Ms Purdy said she would like to see the policy distinguish between “what is acceptable and what isn’t” so people in situations like hers could make decisions about what to do.

The Law Lords also said she had the right to choose how she died, under Article 8 of the European Convention on Human Rights.

One of those areas where European Law is centuries ahead of the United States.

We still get to battle state-by-state for another few decades before we reach nationwide recognition of the individual’s right to choose assistance when they are determined to end their life.

Another couple decades of battling with the backwards religious institutions that still exert unreasonable control over politicians – if not the state.

Two DeKalb County police officers have been placed on paid administrative leave after an investigation revealed they ran a background check on President Barack Obama.

A representative for the DeKalb County CEO’s office identified the officers as Ryan White and C.M. Route.

Officials said Obama’s name was typed into a computer inside a DeKalb County police car on July 20 and ran through the National Crime Information Center.

The secret service was immediately notified and contacted the DeKalb County Police Department.

It is unclear why the officers ran a check on the president.

I guess they mean – unclear – aside from the coppers probably being nutball Republican birthers.

Or just a couple of boneheads who forgot what they were told about using the computer.

It’s the first time we’ve seen Jobs back in action since January, when he took a leave of absence for a liver transplant. Jobs has reportedly been back at work for about a month.

BTW — this photo was taken on an iPhone.

Har! My boss at the “Big Blog” said he wouldn’t believe Jobs is back at work – without a photo.

The Democratic-controlled House is poised to give the Pentagon dozens of new ships, planes, helicopters and armored vehicles that Defense Secretary Robert M. Gates says the military does not need to fund next year, acting in many cases in response to defense industry pressures and campaign contributions under an approach he has decried as “business as usual” and vowed to help end.

The unwanted equipment in a military spending bill expected to come to a vote on the House floor with…a price tag of at least $6.9 billion.

The White House has said that some but not all of the extra expenditures could draw a presidential veto of the Defense Department’s entire $636 billion budget for 2010, and it sent a message to House lawmakers Tuesday urging them to cut expenditures for items that “duplicate existing programs, or that have outlived their usefulness.”

While the administration won a big victory when the Senate voted July 21 to end the F-22 fighter-jet program, the House’s imminent action demonstrates its continued rebellion on many other Obama administration military spending priorities. Gates continues to struggle with lawmakers on both sides of the aisle who are loyal to existing military programs benefiting contractors that provide jobs and large campaign donations.

That’s not “rebellion” of course – it is business as usual for Congress in bed with corporate lobbyists.

Roughly $2.75 billion of the extra funds — all of which were unanimously approved in an 18-minute markup Monday by the House Appropriations Committee — would finance “earmarks,” or projects demanded by individual lawmakers that the Pentagon did not request. About half of that amount reflects spending requested by private firms, including 95 companies or related political action committees that donated a total of $789,190 in the past 2 1/2 years to members of the appropriations subcommittee on defense, according to an analysis by Taxpayers for Common Sense, a nonprofit watchdog group.

In its letter to the House, the White House…specifically targeted the committee’s addition of $400 million to finish five VH-71 presidential helicopters. Obama has said he does not want them, and Gates ridiculed them in a July 16 speech in Chicago as helicopters that “cost nearly half a billion dollars each” and would enable the president to “cook dinner while in flight under nuclear attack.”

I don’t care which pack of gangsters is lying the most: Congress, Pentagon bureaucrats, corporate lobbyists or political hacks masquerading as analysts. They all are part of the gang of leeches milking American taxpayers for decades in the interest of homeland security and “defense” spending.

One week after the apparent suicide of a Chinese factory worker accused of stealing a carefully guarded Apple iPhone prototype, one question remains unanswered: what happened to the missing phone?

Sun Danyong, the 25-year-old suicide victim who worked at contract cellphone maker Foxconn International’s massive gray and white factory complex in Dongguan, had 16 prototypes of Apple’s new fourth-generation iPhone in his possession, according to the Taiwanese company.

When one went missing, Foxconn’s security guards raided his apartment, according to a report in the People’s Daily. The phone didn’t turn up.

A likely answer, according to security experts, is that the device ended up in the hands of Shenzhen’s notoriously entrepreneurial counterfeiters.

“The copying of prototypes certainly happens a lot in the electronics and IT industries,” said Dane Chamorro, a regional general manager with Control Risks, a corporate investigations consulting firm. “You don’t have to steal them, you just have to borrow one for a day…”

In an earlier interview with the New York Times, Foxconn’s general manager for China said that Mr. Sun had previously lost products “several times” before getting them back again.

As a New York money manager and investment banker at four Wall Street firms, Charles E. F. Millard never reached superstar status. But he was treated like one when he arrived in Washington in May 2007, to run the Pension Benefit Guaranty Corporation, the federal agency that oversees $50 billion in retirement funds.

BlackRock, one of the world’s largest money-management firms, assigned a high school classmate of Mr. Millard’s to stay in close contact with him, and it made sure to place him next to its legendary founder, Laurence D. Fink, at a charity dinner at Chelsea Piers. A top executive at Goldman Sachs frequently called and sent e-mail messages, inviting Mr. Millard out to the Mandarin Oriental and the Ritz-Carlton in Washington, even helping him hunt for his next Wall Street job.

Both firms were hoping to win contracts to manage a chunk of that $50 billion. The extensive wooing paid off when a selection committee of three, including Mr. Millard, picked BlackRock and Goldman from among 16 bidders to manage nearly $1.6 billion and to advise the agency, which Mr. Millard ran until January.

This expanded into a choreographed ballet of meetings, consultations, cabals and love fests.

But on July 20, the agency permanently revoked the contracts with BlackRock, Goldman and JPMorgan Chase, the third winner, nullifying the process. The decision was based on questions surrounding Mr. Millard’s actions during the formal bidding process. His actions have also drawn the scrutiny of Congressional investigators and the agency’s inspector general…

“Both sides should have known better,” said Steven L. Schooner…who reviewed some of the material for The Times. “What happened here is wrong, stupid and probably illegal…”

Instead of digesting, editing and offering up a kernel of analysis, let me just say this is a cautionary tale of cronyism. Business as usual taken to the sort of country club courting and decision-making you would expect from either the Oil Patch Boys in charge of the White House or the visiting con artists from Wall Street.

RTFA. Be glad that at least there is a beginning of the end of this level of corruption. I hope.

As an aside, much is made of the fact that Millard took the Fifth Amendment and consistently refused to answer any questions during his appearance before the committee investigating his practices. Whether he’s guilty or not of cronyism and corruption – and I think it likely – most civilians don’t know that our lawyers and courts have so distorted the precedents governing this area of constitutional rights that he had no choice.

If you are testifying before Congress and you wish to “take the 5th” even once during the questioning – you must do so as an answer to every question other than identifying who you are. Stupid – but, that’s what we have lawyers for. To make us stupid. 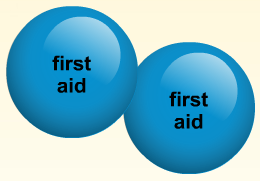 A common and safe blue food dye might provide the best treatment available so far for spinal cord injuries, U.S. researchers have reported.

Tests in rats showed the dye, called brilliant blue G, a close relative of the common food dye Blue no. 1, crossed into the spinal fluid and helped block inflammation, Maiken Nedergaard of the University of Rochester Medical Center and colleagues reported.

“We have no effective treatment now for patients who have an acute spinal cord injury,” Dr. Steven Goldman, who worked on the study, said in a statement.

“Our hope is that this work will lead to a practical, safe agent that can be given to patients shortly after injury, for the purpose of decreasing the secondary damage that we have to otherwise expect.”

When nerve cells in the brain or spine are damaged, they often release a spurt of chemicals that causes nearby cells to die. No one is sure why, and stopping this process is key to preventing the damage that continues to build after a stroke or spinal cord injury.

One of the chemicals is ATP. Nedergaard’s team looked for something that would interfere with this and found the blue dye, which they called BBG, would do this…

Nedergaard cautioned that tests in humans are likely still years away. Treatment would have to be immediate, she added – because the damage to nerve cells is irreversible.

Think to before the accessibility of online databases – and how much more difficult research like this was.