The disadvantage of NYC’s Automat is that it required some standing and walking around.

A fundraiser at a North Carolina middle school sold students 20 test points for a $20 donation.

That’s enough to raise a B to an A on two tests, or a failing score to a D.

Or at least it did until the News & Observer newspaper began asking questions, and the Wayne County school administrators ordered Goldsboro Middle School to stop the fundraiser.

They also issued this statement:

Yesterday afternoon, the district administration met with [Rosewood Middle School principal] Mrs. Shepherd and directed the following actions be taken: (1) the fundraiser will be immediately stopped; (2) no extra grade credit will be issued that may have resulted from donations; and (3) beginning November 12, all donations will be returned.

Susie Shepherd told the newspaper that a parent advisory council had come up with the idea and that she had endorsed it. She said the council is looking for a new way to raise money.

“Last year, they did chocolates, and it didn’t generate anything,” she says.

Here’s a school system with one administrator too many.

Methods for detection of cancer cells are mostly based on traditional techniques used in biology, such as visual identification of malignant changes, cell-growth analysis or genetic tests. Despite being well developed, these methods are either insufficiently accurate or require a lengthy complicated analysis, which is impractical for clinical use. Igor Sokolov and his team hope that the physical sciences can help to develop an alternative method in the detection of cancer cells, which will be more precise and simpler.

His group reports in Small on a method to detect cancer cells by using nonspecific (just physical) adhesion of silica beads to cells.

This finding is based on their recently published results in Nature Nanotechnology, where they reported on observation of unknown before difference in surface physical properties of cancerous and normal human epithelial cervical cells. Specifically, they found a substantial difference in the brush layer on the cell surface. This difference was the main motivation for their present work. The difference in the brush was expected to lead to the differences in the adhesion of various particles to such cells.

The adhesion was studied with the help of atomic force microscopy (AFM). Silica beads were attached to the AFM cantilever, and consequently, touched the cell surfaces. The force needed to separate the bead from the cell, the adhesion force, was measured.

The difference in adhesion, which has an essentially physical nature, was used to distinguish between cancerous and normal cells. High adhesion resulted in more particles adhered to cells…Using cells collected from cervical cancers of three cancer patients and cells extracted from tissue of healthy patients, the researchers found an unambiguous difference.

This achievement can lead to earlier detection and treatment of cancer, which is important to decrease fatality of this disease considerably.

Touting himself as America’s “first Pacific president,” President Obama called on his own connections with Asia on Saturday as he pledged a renewed engagement with Asia Pacific nations based on “an enduring and revitalized alliance between the United States and Japan…”

Earlier, Obama told a packed house at Tokyo’s Suntory Hall that all Americans should know that what happens in Asia “has a direct effect on our lives at home.”

“This is where we engage in much of our commerce and buy many of our goods,” he said. “And this is where we can export more of our own products and create jobs back home in the process.

“This is a place where the risk of a nuclear arms race threatens the security of the wider world, and where extremists who defile a great religion plan attacks on both our continents. And there can be no solution to our energy security and our climate challenge without the rising powers and developing nations of the Asia Pacific…”

“There must be no doubt: As America’s first Pacific president, I promise you that this Pacific nation will strengthen and sustain our leadership in this vitally important part of the world,” he said.

He stressed that the United States was not interested in containing the emerging economic growth in China.

“The rise of a strong, prosperous China can be a source of strength for the community of nations,” he said. “And so, in Beijing and beyond, we will work to deepen our strategic and economic dialogue…”

“We see it as a relationship where we’re obviously going to have differences, where we are going to be competitors in certain respects,” he said. “But we want to maximize areas where we can work together, because the global challenges will simply not be met if we don’t…”

This only requires 36-hour days, 3 clones and 4 sets of rechargeable batteries. In addition to respect for – and a willingness to understand – cultures very different from the United States. 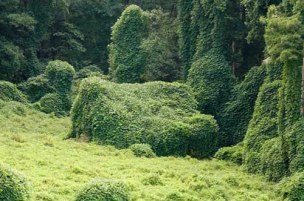 A kudzu-eating pest never before seen in the Western Hemisphere has arrived in northeast Georgia, but it’s not all good news.

The bug feasts on soybean crops and releases a stinky chemical when threatened.

Researchers from UGA and Dow AgroSciences identified the bug, which is native to India and China, last month. It’s been spotted in Gwinnett, Hall, Walton, Barrow, Jackson, Greene, Clarke, Oconee and Oglethorpe counties.

Commonly called the lablab bug or globular stink bug, it’s pea-sized and brownish with a wide posterior. The bug waddles when it walks but flies well.

“At one home in Hoschton, we found the bugs all over the side of a lady’s house,” said Dan Suiter, a UGA entomologist. “There is a kudzu patch behind her home that provides food, and they were attracted to the light color of the siding.”…

“We have no idea what the long-term impact on kudzu will be, but we also have to consider the fact that it feeds on crops too,” he added.

Two of Bernard Madoff’s former computer programmers were sued by U.S. regulators for allegedly helping to hide his fraud for more than 15 years and trying to cover their tracks after a “crisis of conscience” in 2006.

Jerome O’Hara, 46, and George Perez, 43, wrote programs to generate fake trade blotters, stock records and other documents to back nonexistent transactions, the Securities and Exchange Commission said today in a statement announcing its civil lawsuit.

“Without the help of O’Hara and Perez, the Madoff fraud would not have been possible,” George Canellos, head of the SEC’s New York office, said in the statement….

“O’Hara and Perez had a crisis of conscience in 2006 and tried to cover their tracks,” the SEC said in the statement.

They allegedly sought to delete about 218 of 225 so-called special programs from a computer, known as “House 17,” used to process money management account data. They didn’t delete the monthly backup tapes, the SEC said.

O’Hara and Perez then cashed out hundreds of thousands of dollars from their personal accounts at Madoff’s firm, before confronting him and refusing to generate more bogus records, the SEC said.

I love these “crises of conscience”. They always seem to come after people accumulate a small fortune. I suspect that they just got cold feet. We’ll probably be hearing that they had a Jesus experience. Just watch.

A second plant that converts cow dung into energy for homes opened in the Netherlands.

Manure from cows at a nearby dairy farm will be fermented along with grass and food industry residues, and the biogas released during the process will be used as fuel for the thermal plant’s gas turbines.

The heat generated will be distributed to around 1,100 homes in the area around Leeuwarden in the north of the Netherlands, the plant’s operator Essent said in a statement.

Firms in Europe and elsewhere have been investing in biogas plants and this is the second of its scale running on cow manure in the Netherlands. It follows another plant that Essent opened in January.

Why is this restricted to cow poop? Seems to me any kind of poop could be used – along with the scraps and garbage our civilization manages to produce.

Biogas is biogas. The electricity and excess calories of heat produced won’t know the difference if it’s cow or human sourced.

Think of what we could get from a regular session of Congress.