Staff at mobile phone company T-Mobile passed on millions of records from thousands of customers to third party brokers, the firm has confirmed. Details emerged after the firm alerted the information commissioner, who said his office was preparing a prosecution.

Christopher Graham said brokers had sold the data to other phone firms, who then cold-called the customers as their contracts were due to expire.

A T-Mobile spokesman said the data had been sold “without our knowledge”.

Mr Graham, who was appointed earlier this year as the watchdog responsible for safeguarding personal information, said the data breach was the biggest of its kind.

Initially Mr Graham had said he would not name the operator involved as it could prejudice a prosecution. But after phone firms 02, Vodafone, Orange, 3 and Virgin said they were not the subject of his investigation, T-Mobile confirmed it had been…

No doubt TV talking heads will be stretched to come up with a definition other than the perpetual “hacker”. You should look back into the history of white-collar crime and discover the term “thief” is still pretty sound.

The commodity may vary. The process of stealing – and selling stolen goods – remains the same.

John Thompson spent 14 years on death row for crimes he did not commit.

Convicted of killing New Orleans hotel executive Ray Liuzza, and for a carjacking weeks later, he was preparing to be sent to his death at the notorious Angola State Penitentiary in Louisiana – the largest maximum security prison in the United States.

After six execution dates, John had exhausted all his appeals. His seventh date – 22 May 1999 – was to be his last.

In one final twist, a new investigator uncovered some previously lost evidence. After a retrial, John was freed in 2003.

It was the start of another struggle – surviving in the outside world. It was a struggle which has led John to found a new charity helping former death row inmates: Resurrection After Exoneration.

“I was glad to be coming home. I was overwhelmed with the thought of me having my freedom, but at the same time I was scared to death because I didn’t know what I was coming in to. I didn’t know where I was going.

“I only had a mother. My two sons had grown. I was coming into a world where I had no future – I didn’t know what to expect.”

Yet, unusually for a death row inmate, John was surrounded by people willing to help him get his life back on track.

The article is a nice read. It starts a decade ago and that can seem like short time for someone who’s been on Death Row.

I go on sometimes about good cops and bad cops, criminals and guys finally cleared by science, proven not to be criminals. The experience of doing hard time changes you – regardless.

It says something extra about a system of jurisprudence that you have the context for an organization dedicated to those who have been exonerated from wrongful conviction. And, oh yeah, there ain’t nothing makes up for time in Sugarland – the Louisiana state prison in Angola.

Afghanistan, Iraq and Somalia are the lowest-ranked countries in TI’s annual global survey. They were all at the bottom of the list last year as well. “When essential institutions are weak or non-existent, corruption spirals out of control,” TI said.

New Zealand was the least corrupt, with last year’s winner Denmark as runner-up and Singapore third. It said this was a result of “political stability, long established conflict of interest regulations and solid, functioning public institutions”…

The UK ranked 17th, down one place from last year. The US also fell one place to 19th.

The last-named two are still engrossed in the discovery phase of corruption under Bush and Blair. 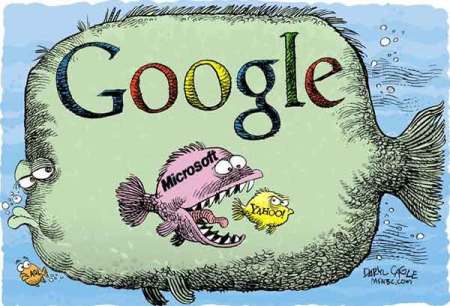 Thanks to all the fine people at Microsoft. It was an interesting ride. Four years, 11 months, and 20 days, and I enjoyed every one of them. Well, except for the last few days, that was not fun at all…There are more new people who joined Microsoft in the last 5 years than all the previous employees combined. However, laying off 5,000 people when you have $37 Billion in cash and huge profits is not cool. But hey, thanks for pushing me on to the Next Big Thing…

Thanks Microsoft, I’m going to Google!

Vic Gundotra at Google was the first one to contact me with an opportunity…90 minutes after the news of the layoff hit. That fast decisive action was refreshing, and such a contrast to the slow, secretive, bureaucracy at Microsoft. That speed and decisiveness also reflects different approaches to hiring great people, building great products and serving customers well. I have always admired Google. I am excited to now be part of the team. My job at Google will be helping developers (and startups) build great products and services using Google technology and platforms…

Last week started a new personal journey for me. One without Microsoft. So, why not move forward without Microsoft technology, and try the new alternatives? Old habits die hard, but these were actually pretty easy to break…

I plan to write extensively and honestly about my experiences in making the transition from Microsoft to Google technologies. I expect there will be some challenges, some idiosyncracies, and areas for improvement. I also expect that Google’s approach to building products will offer some distinct advantages now, and over time. The key is choosing the right tool for the right job. There is no one product that solves all problems for all use cases…

The transition from Microsoft to Google will be an interesting story for this blog. Making the switch to new products and technologies will be fun. I hope many of you will share your experiences too. It is an honor to be part of the Google team. The new chapter starts right now.

Rock on, Don. Enjoy the journey!

I have a feeling you will be a great deal happier in your new gig than staying where you were.

Here she was last year, when any idiot could clearly make her out.

An image many of the faithful took as a miraculous manifestation of the Virgin Mary is fading from the window at Mercy Hospital where it appeared in September 2008.

The rainbow-hued image is slowly being replaced by a white crystalline residue, said Mark M. Fulco, senior vice president for strategy and marketing at Mercy. The fading bolsters expert opinion that the image was caused by moisture infiltrating between the panes of glass through a faulty rubber seal.

Now that the window has been removed and stored, the water is evaporating and leaving behind the white residue.

[Last year,] word of the image spread quickly. Soon large crowds had gathered in the parking lot below, many clutching pictures of Mary or reciting the Lord’s Prayer in a number of languages. A makeshift shrine of flowers and votive candles grew near the building entrance.

The vision placed Mercy, a Catholic institution affiliated with the Sisters of Providence, in a quandary because the devotion was holding up the window replacement work. After eight days, Mercy had workers gingerly remove the window, place it in a specially built case and take it to a storage location that Fulco said he cannot identify even to this day for fear of crowds gathering at the storage site.

This last paragraph borders on the hilarious. I can just hear the workmen muttering, “Cripes!”

The plant will have an initial production capacity of 30 megawatts and is expected to begin production in the third quarter of 2010.

The U.S. plant, which will be about 80,000 to 100,000 square feet, will employ over 75 full-time employees at launch and may double its staff within the year as the North American market develops.

They’ll be hiring administrative staff who speak English, Chinese and Spanish. They wish.

Silly remarks aside, what this addresses is the cost of transporting finished products to market becoming a qualitative portion of the whole equation.

Penguins that died 44,000 years ago in Antarctica have provided extraordinary frozen DNA samples that challenge the accuracy of traditional genetic aging measurements, and suggest those approaches have been routinely underestimating the age of many specimens by 200 to 600 percent.

In other words, a biological specimen determined by traditional DNA testing to be 100,000 years old may actually be 200,000 to 600,000 years old, researchers suggest in a new report in Trends in Genetics, a professional journal…

“Some earlier work based on small amounts of DNA indicated this same problem, but now we have more conclusive evidence based on the study of almost an entire mitochondrial genome,” said Dee Denver, an evolutionary biologist with the Center for Genome Research and Biocomputing at Oregon State University.

“The observations in this report appear to be fundamental and should extend to most animal species,” he added. “We believe that traditional DNA dating techniques are fundamentally flawed, and that the rates of evolution are in fact much faster than conventional technologies have led us to believe…”

“For the genetic analysis to be accurate, however, you must have the right molecular clock rate,” Denver said. “We now think that many genetic changes were happening that conventional DNA analysis did not capture. They were fairly easy to use and apply but also too indirect, and inaccurate as a result.”

RTFA. Start with finding a spot where penguins have been nesting, living and dying for 44,000 years. Talk about stuck in a neighborhood!