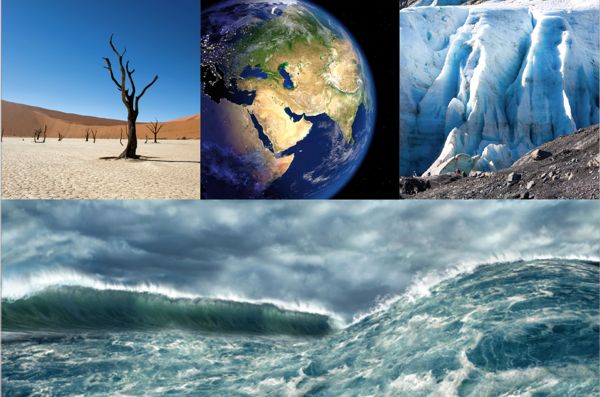 The Intergovernmental Panel on Climate Change—the world’s foremost body for weighing and assessing climate science—received a kick in the pants today from members who say the climate situation is much worse than the IPCC has so far reported.

Twenty-six climatologists—including 14 IPCC members—have released a startling update to the panel’s work, reporting that sea levels could rise and methane-laden arctic permafrost could melt much sooner than the panel had anticipated.

“The Copenhagen Diagnosis: Updating the World on the Latest Climate Science” is not an official IPCC report; it’s a summary of the hundreds of peer-reviewed research papers that have been published since the IPCC’s last assessment. It was released now to fill the long gap in between official IPCC reports—the last was released in 2007, but the drafting text is more than three years old, and the next isn’t scheduled until 2013. It was also timed to the Copenhagen climate talks, of course.

The essence of the new report is that things are grimmer than the IPCC has reported. And it’s not like the panel has been painting a rosy picture—its 2007 report concluded that the warming-induced melting of the Greenland ice sheet could create significant sea-level rise in this century. IPCC chairman Rajendra Pachauri said at the time, “If there’s no action before 2012, that’s too late. What we do in the next two to three years will determine our future. This is the defining moment.”

RTFA. Conspiracy bloggers and let’s pretend-skeptics all avoid any reading matter that contains the results of peer-reviewed science. They will not have gotten more than 2 paragraphs into this news article, much less the report at root-level.

The full report is available over here.