A controversial Scottish brewery has launched what it described as the world’s strongest beer – with a 32% alcohol content.

Tactical Nuclear Penguin has been unveiled by BrewDog of Fraserburgh.

Mr Watt added that a beer such as Tactical Nuclear Penguin should be drunk in “spirit sized measures”.

A warning on the label states: “This is an extremely strong beer; it should be enjoyed in small servings and with an air of aristocratic nonchalance. In exactly the same manner that you would enjoy a fine whisky, a Frank Zappa album or a visit from a friendly yet anxious ghost.”

Will this become the official beer of Linux geeks?

A Swedish man who was arrested on suspicion of murdering his wife has been cleared, after police decided she was probably killed by an elk.

Ingemar Westlund, aged 68, found the dead body of his wife Agneta, 63, by a lake close to the village of Loftahammer in September 2008.

He was immediately arrested and held in police custody for 10 days.

Although the murder investigation was dropped five months ago, details have only just emerged and the police plan to hold a news conference next week to explain what happened.

They think the elk was drunk. 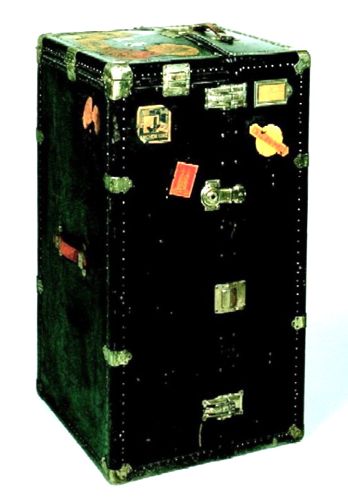 Looking to work overseas? Head to Canada, Australia or Thailand, according to an annual global survey which found recession-hit Britain was one of the worst locations to live for expatriates.

The second annual Expat Experience survey, commissioned by HSBC Bank International, revealed that expats in Canada have the best quality of life and found it among the easiest places in the world to integrate with the local population.

Australia and Thailand also came in the top three in the survey of 3,146 people working in 30 different industries and 50 countries, even though Thailand was one of the countries worst-hit by the recession for expats.

“We have seen that there is a distinct trade-off between income and overall quality of life, as many of the top performers … scored toward the bottom of this report’s league table (of the best places to make and save money),” said Betony Taylor, spokeswoman for HSBC Bank International.

“What is clear is that the locations where salaries may not be as high, such as Canada and Australia, are where expats are really enjoying not only an increased quality of life but are also finding it easy to fit in to their new communities.”

Last year Germany, Canada and Spain were the top three countries deemed to have the best lifestyle for expats.

RTFA for a bit more detail – in case you’re ready to opt for real change in your life.

Up early as usual, this morning. Good grief, there wasn’t any proper football from England until just about grocery shopping time. So, I left everything in the capable hands of our DVR and went looking for some music.

I found the Chris Isaak Show on A&E – a picker and singer I’ve always enjoyed. It turns out his guest on the show was Yusuf Islam, formerly known as Cat Stevens. A fine performer and even better song-writer back in the day.

Yes, he briefly discussed being busted by Homeland Insecurity and sent back to the UK – his home – when on a trip to Nashville to visit with Dolly Parton and start recording the album just now being released Stateside. The idiots couldn’t comprehend a spelling error on their magic Muslim hate list; so, he was arrested and deported.

The agents all asked for – and received – autographs.

It’s time to return to my own workingclass roots. I think Obama has steadily worked to accomplish a great deal for the people of the United States. After all, look at the assembly of crap politicians he still has to work with in Congress and statehouses across this land.

It’s time to turn his back on the American way of war, on being the cops of the world. Bring our troops home from Iraq and Afghanistan, from Okinawa and Korea, from Germany and Italy. Fill up that Peace Train!

Brazil’s coffee industry is engaged in a tireless battle against rogue roasters who cut corners and costs by bulking up their products with corn, soy or even wood, the ABIC industry association says.

The tainted products have not been known to cause health problems in the consumers who drink them, usually unknowingly, but the industry takes a hard line against the fraudulent practice to protect the beverage’s image.

The joint initiative known as the Seal of Purity is run by the Brazilian Coffee Industry Association (ABIC) and involves laboratory testing of coffee picked at random from supermarket shelves. The seal was launched 20 years ago.

“The most common thing is to find wood from the (coffee) tree and shells from the beans but you can also find corn or caramel, which is much cheaper than coffee,” said Almir Jose da Silva, ABIC’s chairman.

Most of Brazil’s exported coffee is shipped as raw beans, confining this problem to products sold at home…

Roasters falling short of the law on the other hand, are given the opportunity by judicial authorities to fix the problems within a set time and their contaminated batches are withdrawn from sale.

The fine is doubled if more impure coffees are discovered at a later date and then companies can eventually be shut down by the government authorities if the practices continue.

I wonder how many consumers can tell the difference?

Disheartened from losing to a 16-year-old. Damn kids!

Vassily Ivanchuk : To my mind I should leave professional chess now. Chess will become hobby for me from now on. As for the signed contracts, yes, I will play in all tournaments which I have to. Perhaps I will even participate in a tournament before the new year. I should win something! And that will be the end. No serious plans, no professional goals….

It was not just a match, it was a crucial match. I am sure that from now on I should forget about any serious aims in chess. I don’t need anything from chess anymore. I will start new life with new goals. Chess… I will become just a chess fan now. I will follow chess, will follow the games of my ex-colleagues….

Chess is killing me. Chess is playing against me! Chess is destroying me! I would take it easy if my opponent would be much stronger than me, or he were better prepared. But my loss was so stupid, it is a sign of destiny, which screams: “Vasya, leave it, it is not your business”.

“Chess is a beautiful mistress to whom we keep coming back, no matter how many times she rejects us.” –Bent Larsen

The U.S. Treasury and Federal Reserve have delayed the implementation date for a new Internet gambling payment ban for six months, a move that gives lawmakers time to overturn it or end confusion over illegal practices.

In a joint statement, the Treasury and Fed said the December 1 implementation date for the law passed in 2006 would not be achievable for some financial institutions. They set a new compliance deadline of June 1, 2010.

“Commentators expressed concern that the act and the final regulation do not provide a clear definition of ‘unlawful Internet gambling,’ which is central to compliance,” the two agencies said.

In addition, they said certain members of Congress have “expressed an intent to consider legislation that would allow problematic aspects of the act to be addressed.”

But rather than define what types of gambling are illegal online, the bill relied on existing federal and state laws to answer that question.

Congress passed the anti-gambling legislation in 2006, when Republicans still controlled both the House and Senate. The final regulations issued to enforce the ban were issued by the Treasury and Fed just before former President George W. Bush left office in January.

In America you have the right to be stupid as long as it’s not immoral. You can vote for a moron but not play bingo online.