A growing body of research is linking five chemicals — among the most common in the world — to a host of ailments, including cancer, sexual problems and behavioral issues.

We encounter them every day — in plastic bottles, storage containers, food wrap, cans, cookware, appliances, carpets, shower curtains, clothes, personal care products, furniture, television sets, electronics, bedding, cushions and mattresses. In short, every room in almost every house in the United States is likely to contain at least one of these chemicals, many of which did not exist a century ago.

They are bisphenol A, or BPA; phthalates; PFOA; formaldehyde; and polybrominated diphenyl ethers, or PDBEs. Tests reveal most of us now carry them in our bodies, but are they putting our health — and the health of our children — in jeopardy?

RTFA. Please. It has details about where these chemicals are in our world – and what to do about them.

Every week, in the course of producing this blog, editing articles for blogs, I learn of another product with a history of “safety” that has been compromised by increased knowledge and understanding of side effects and decay products, active ingredients that are killing and crippling us.

Of course, we keep whole cities from having the right to vote

The government faces being hauled before the European court of human rights unless it gives prisoners the right to vote as a matter of urgency.

In March 2004, the ECHR ruled in Hirst v UK that the government’s blanket ban barring sentenced prisoners from voting was unlawful. But despite the ruling, the previous government continued to consult on the issue and failed to make it law.

The committee of ministers, the body that oversees European member states’ compliance with ECHR judgments, is to meet this week to discuss the UK’s failure to enfranchise prisoners following the ruling.

The committee will then issue a stark public reminder to the government that it must comply with the ruling immediately. If it refuses, the committee has the power to refer the question of whether the government has failed in its obligations to the ECHR, a move that would put Westminster on a collision course with the Strasbourg-based Council of Europe.

The clash would represent the culmination of months of mounting frustration on the part of the committee. In March it warned the UK must “rapidly adopt measures, of even an interim nature, to ensure the execution of the court’s judgment before the forthcoming general election”, otherwise the nationwide vote would be illegal…

Penal reformers say giving prisoners the vote is about restoring a fundamental human right that will confer a sense of responsibility and aid their rehabilitation.

They point out that the UK is out of step with many other countries. Eighteen European countries have no restrictions on prisoners voting while in France and Germany a decision to disenfranchise a prisoner is left to the courts.

One of those moments of clarity that makes me pleased the United States needn’t follow the rulings of European politicians. And the ECHR is after all more of a political court than one concerned with constitutional and historic law.

Here in the States, serving a year-and-a-day is sufficient for disfranchising someone. Whether that needs to be varied or not would be a task for the sort of review that Euros seem to approach from the opposite direction. It is suggested that it would be beneficial in reducing recidivism – therefore it must be done. I’d rather see a bit of study on the subject, a stretch of practice and evaluation.

Though, the Brits dithering around under the leadership of Blair and Brown is no surprise. Democracy might have accidentally entered into the political equation.

I presume these Canadian troops are marching away from a memorial to those who fell during the liberation of Belgium during World War 2. Yes, I remember all of those days.

My best friend died a few years back. He was the most decorated soldier from our home state in WW2. He had 16 months in hospital to reflect upon how he got there – not just the German soldier who threw a hand grenade at him at the liberation of a death camp; but, the corporate and political creeps who helped scum like Hitler into power.

We learned a lot together over the years. Both of our families came to the US from Canada, btw. Montreal and PEI.

I salute you, too, Clyde.

Is Google responsible for giving out bad directions through its Google Maps service? We’re about to find out. After Googling walking directions for a trip in Park City, Utah, Lauren Rosenberg claims she was led onto a busy highway, where she was struck by a vehicle. She’s now suing Google for damages.

The case, Rosenberg v. Harwood, was filed in Utah, in the US District Court’s Central Division (Gary Price of ResourceShelf tipped us to it today). Harwood is Patrick Harwood, the person who actually hit Rosenberg, according to the suit. Both Harwood and Google are being sued in the same case, for damages “in excess of $100,000.”

Rosenberg used Google Maps on January 19, 2009, via her Blackberry, to get directions between 96 Daly Street, Park City, Utah and 1710 Prospector Avenue, Park City, Utah. Google provided these, telling her as part of the route to walk for about 1/2 mile along the calm-sounding “Deer Valley Drive.”

That’s an alternative name for that section of Utah State Route 224, a highway that lacks sidewalks, the case says. Rosenberg wasn’t warned about this, putting Google directly at fault in the accident, the case claims.

I wonder if Google had suggested to this dimwit that she jump 100 feet off a cliff to continue her trek – would she have done so? 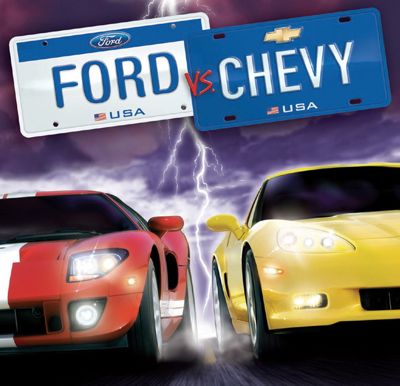 “The answer to the first question (Will others like it?) requires people to start with their own product preferences, which we call projection,” write authors Caglar Irmak (University of South Carolina), Beth Vallen (Loyola University), and Sankar Sen (Baruch College). The second question (If others like it, do I?) makes people think first about others’ preferences and then decide whether they like the product or not, which is called “introjection.”

“We show that different psychological processes underlie projection and introjection,” the authors write. “In particular, we demonstrate that providing our own opinion about a product before thinking about others’ preferences, as in projection, affirms one’s unique concept.” This, in turn, weakens uniqueness motivations and leads consumers to predict others will like what they themselves like.

On the other hand, thinking about others’ preferences before our own (introjection) threatens our sense of uniqueness. “As a result, those who are in high need for uniqueness don’t like what other people like,” the authors explain…

“If we learn others’ preferences before forming our own, we tend to preserve our uniqueness by altering our product preferences accordingly,” the authors write. “If, however, we already have an opinion about a product, we are okay with others following us.”

In Vermont, the federal government plans to seize a farmer’s land to build a $5 million border post on a quiet country road. The community is fiercely opposed, and the Department of Homeland Security is under fire for planning expensive projects that some say isn’t needed.

The hamlet of Morses Line is just a dot on the Canadian border in the small northern Vermont town of Franklin. A quiet country road leads to the existing brick border station at the edge of a hayfield.

In about two hours on a recent afternoon, one truck and two cars go by. One was a Customs officer arriving for his shift.

“Last night was a little busier because you had bingo at the church in the neighboring town,” says Brian Rainville. The land the U.S. government wants is part of his family’s dairy farm. Rainville goes through a box full of documents and pulls out the architectural drawings for the new border post.

“So we’re looking at putting in a storm water pond, a traffic turnaround, covered parking, three designated traffic lanes, two stages of radiation detectors, a two-story building with a fitness center on the second floor. It all strikes me as a little much for Morses Line,” he says.

“I’m not quite sure how Morses Line, with a traffic rate of 2 1/2 cars an hour, is a matter of national security and utmost budgetary importance…”

END_OF_DOCUMENT_TOKEN_TO_BE_REPLACED

The incidence of rheumatoid arthritis (RA) in women has risen during the period of 1995 to 2007, according to a newly published study by researchers from the Mayo Clinic. This rise in RA follows a 4-decade period of decline and study authors speculate environmental factors such as cigarette smoking, vitamin D deficiency, and lower dose synthetic estrogens in oral contraceptives may be the source of the increase…

Between 1 and 2 million Americans suffer the effects of RA, a chronic inflammatory disease that targets joints and which contributes to work-related disability, increased morbidity, and shortened survival. Up to one-half of all RA patients become unable to work within 10-20 years of follow-up and those with the disease have a 60% to 70% higher mortality risk than those in the general population. Furthermore, studies show that RA treatments alone account for $9 billion in excess health care costs with direct and indirect costs expected to exceed $39 billion annually…

Prior studies have clearly demonstrated that cigarette smoking is associated with a greater risk for RA development in both sexes. While smoking rates in the U.S. are declining, the rate is significantly slower in women than men, which researchers believe may, in part, explain the modest increase of RA incidence in women. Researchers also note that lower doses of estrogens found in modern oral contraceptives offer less protection against RA development then at the previously higher doses found in older medications, which they suspect may contribute to the increased RA incidence among women. Furthermore, several studies have shown vitamin D deficiency to be associated with RA development and coupled with evidence that this deficiency, particularly in women, has risen over the past decades the Mayo team considered it a possible contributor to the upward trend in RA.

Dr. Gabriel concluded, “Reasons for the increase in incidence we found are unknown, but environmental factors likely play a role and should be further explored.”

There is ever-increasing evidence that we’re killing ourselves slowly with all the crap we accept as part of an urban industrial environment. It has to cease. We have to win back a healthier lifestyle.