The sinkhole has likely been weeks or even years in the making—floodwaters from tropical storm Agatha caused the sinkhole to finally collapse, scientists say.

The sinkhole appears to be about 60 feet (18 meters) wide and about 30 stories deep, said James Currens, a hydrogeologist at the University of Kentucky…

Depending on the makeup of the subsurface layer, the Guatemala sinkhole “could eventually enlarge and take in more buildings,” he said.

Typically, officials fill in sinkholes with large rocks and other debris. But the 2010 Guatemala sinkhole “is so huge that it’s going to take a lot of fill material to fill it,” Currens said.

“I don’t know what they’re going to do.”

If it was here in New Mexico, we’d turn it into a tourist attraction and charge admission.

The Federal Communications Commission wants to find out whether broadband providers are delivering Internet connections that are as fast as advertised.

The FCC is seeking 10,000 volunteers to take part in a study of residential broadband speeds. Specialized equipment will be installed in homes across the country to measure Internet connections. Those results will then be compared with advertised speeds. The agency hopes to get a cross section of volunteers who subscribe to broadband services provided by a range of phone and cable TV companies.

“The big issue here is knowing what you are paying for,” said Joel Gurin, who heads the FCC’s Consumer and Governmental Affairs Bureau.

According to data cited in the national broadband plan, average residential download speeds are typically only half as fast as the maximum speeds advertised by U.S. broadband providers.

Here’s where you go to register and participate in the FCC study.

It’s funny. I’ve noticed several bloggers make a big deal over the fact that most broadband subscribers don’t know their connection speeds. Why should they? They’re buying into a commodity service – which is how the FCC is trying to regulate it.

How many of you – other than strungout geeks – know what frequency their local TV stations broadcast on? And who cares?

Tuesday, which would have been Monroe’s 84th birthday, marks the public debut of a rare image of Monroe with Kennedy and his brother Robert F. Kennedy together after the May 19, 1962, party.

Stoughton, who sold the prints to Morgan a year before his death in 2008, told him agents missed one negative in their search, he said.

“The Secret Service came in when he was developing the negatives and basically confiscated all the ones of Jack, Bobby with Marilyn,” Morgan said. “The only one that survived is the one that was in the dryer.”

Stoughton…told Morgan the story behind the first lady’s refusal to attend her husband’s birthday gala.

“He’s the one who told Jackie that Marilyn was going to be at the celebration, and her exact words were ‘Screw Jack,’ and she left the room and she did not go to the famous celebration,” Morgan said.

Presidents used to have the sort of privacy that facilitated all kinds of low-life behavior -equalled only by the ethics and behavior of Congress. Then – and now.

Scientists have taken another important step toward understanding just how sticking needles into the body can ease pain.

In a paper published online…in Nature Neuroscience, a team at the University of Rochester Medical Center identifies the molecule adenosine as a central player in parlaying some of the effects of acupuncture in the body. Building on that knowledge, scientists were able to triple the beneficial effects of acupuncture in mice by adding a medication approved to treat leukemia in people.

The research focuses on adenosine, a natural compound known for its role in regulating sleep, for its effects on the heart, and for its anti-inflammatory properties. But adenosine also acts as a natural painkiller, becoming active in the skin after an injury to inhibit nerve signals and ease pain in a way similar to lidocaine.

In the current study, scientists found that the chemical is also very active in deeper tissues affected by acupuncture. The Rochester researchers looked at the effects of acupuncture on the peripheral nervous system – the nerves in our body that aren’t part of the brain and spinal cord. The research complements a rich, established body of work showing that in the central nervous system, acupuncture creates signals that cause the brain to churn out natural pain-killing endorphins.

“Acupuncture has been a mainstay of medical treatment in certain parts of the world for 4,000 years, but because it has not been understood completely, many people have remained skeptical,” said Nedergaard… “In this work, we provide information about one physical mechanism through which acupuncture reduces pain in the body,” she added…

During and immediately after an acupuncture treatment, the level of adenosine in the tissues near the needles was 24 times greater than before the treatment.

I probably should forward a link to the schools for Oriental Medicine and Acupuncture we have in town. They may find it useful. It’s often a positive step when ancient medicine interacts with modern research.

Google is phasing out the internal use of Microsoft’s ubiquitous Windows operating system because of security concerns, according to several Google employees.

The directive to move to other operating systems began in earnest in January, after Google’s Chinese operations were hacked, and could effectively end the use of Windows at Google, which employs more than 10,000 workers internationally.

“We’re not doing any more Windows. It is a security effort,” said one Google employee.

“Many people have been moved away from [Windows] PCs, mostly towards Mac OS, following the China hacking attacks,” said another.

The move created mild discontent among some Google employees, appreciative of the choice in operating systems granted to them – an unusual feature in large companies. But many employees were relieved they could still use Macs and Linux. “It would have made more people upset if they banned Macs rather than Windows,” he added.

Scientists in Europe have announced they had likely solved the case of the missing neutrinos, one of the enduring mysteries in the subatomic universe of particle physics.

If confirmed in subsequent experiments, the findings challenge core precepts of the so-called Standard Model of physics, and could have major implications for our understanding of matter in the universe, the researchers said.

For decades physicists had observed that fewer neutrinos — electrically neutral particles that travel close to the speed of light — arrived at Earth from the Sun than solar models predicted.

That meant one of two things: either the models were wrong, or something was happening to the neutrinos along the way.

At least one variety called a muon-neutrino was actually seen to disappear, lending credence to a Nobel-winning 1969 hypothesis that the miniscule particles were shape-shifting into a new and unseen form.

Now scientists at Italy’s National Institute for Nuclear Physics have for the first time observed — with 98 percent certainty — what they change into during a process called neutrino oscillation: another type of particle known as tau…

Under the prevailing Standard Model, neutrinos cannot have mass. But the new experiments prove that they do…

The persistence of scientific curiosity, the willingness – and funding – to maintain complete cycles of experimentation brought their research to this breakthrough. It took nearly four years from the time the beam was switched on to witness the muon-to-tau metamorphosis. 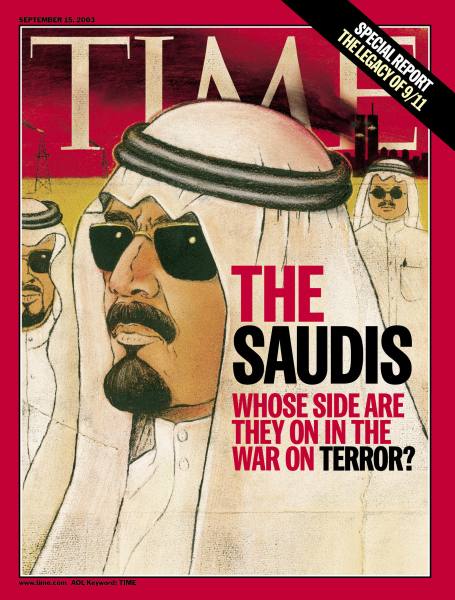 History keeps on rolling along

Millions of dollars of Saudi Arabian money have flowed into Afghanistan over the past four years, the country’s intelligence officials say, with the sponsorship of terrorism its most likely use.

According to members of the Afghan financial intelligence unit, FinTraca, the funds, totalling more than £920 million, enter from Pakistan, where they are converted into rupees or dollars, the favoured currency for terrorist operations.

“We can trace it back as far as an entry point in Waziristan,” said Mohammed Mustafa Massoudi, the director-general of FinTraca in Kabul. “Why would anyone want to put such money into Waziristan? Only one reason — terrorism.”

It also suggests that al-Qaeda in the Arabian Peninsula, the offshoot, still has a potent and far-reaching financial ability. Although Saudi Arabia — the home of the bin Laden family — is considered a key ally in the war against terror, a US government report last year said that private Saudi backers were the chief source of finance for the Taleban.