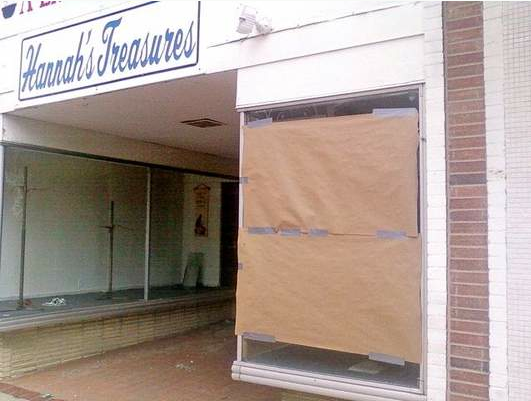 Beatrice. NE — Residents who complained about a nearly naked female store mannequin prompted police to conceal the window display and stirred a debate about obscenity. Police covered the window at Hannah’s Treasures for about a day last week after several people in the southeast Nebraska city of 12,500 complained about the mannequin with a pair of pants around its ankles and wearing shoes but no other clothing.

City Attorney Tobias Tempelmeyer said Monday he had yet to receive all the police reports on the semi-naked mannequin.

“We’re not able at this point to issue a determination whether it’s obscene or not,” Tempelmeyer said.

The owner of the closed shop later dressed the offending mannequin in a bikini.

Store owner Kevin Kramer’s lawyer, Dustin Garrison, didn’t immediately respond to a message Monday, but he told the Beatrice Daily Sun that Kramer might sue over the dispute.

This is one of those stories that prompts me to think the American people get what they deserve: when they elect greedy, self-serving politicians who historically always loot the U.S. Treasury for their corporate country club buddies; when they blather about prayer meetings they believe will somehow solve disasters ranging from earthquakes to oil spills; when police and politicians respond instantly and dramatically to stupid complaints about nude department store mannequins.

I agree with Darwinists that the redirective process of the cerebral cortex enables our species to be self-correcting, learn from mistakes and advance the progress of the human race. Just not in my lifetime.