The official mascot for the Delhi Commonwealth Games is Shera, a cuddly cartoon tiger. But, 60 days before the largest sporting event to be held in India begins, Shera is in danger of being usurped by a toilet roll.

Indians may be inured to graft, but the scale and audacity of alleged corruption linked to the Games in recent days has shocked the most hardened onlookers. Among the allegations are that the Commonwealth Games Organising Committee planned to rent treadmills for 975,000 rupees ($23,080) apiece for 45 days – critics say that it could buy them for half the price – and that it spent 3,757 rupees ($89) on a roll of toilet paper.

Anil Khanna, the treasurer of the committee, resigned yesterday amid reports that his son had been granted a contract for laying 14 synthetic tennis courts said to be of substandard quality. Elsewhere, government officials have been charged with faking fire safety certificates for 5,000 buses to be used during the event.

Concerns over spending were also highlighted by the payment of $429,000 to a British company, AMFilms, to supply transport and portable toilets last October for the start of the Queen’s Baton Relay at Buckingham Palace, despite the absence of any formal contract.

The Games were meant to showcase a new India, a land of modern infrastructure and giddying economic growth. The old-fashioned corruption scandal is a major embarrassment for a Government already under attack for the event’s financial and human cost.

This is one of those events when the worldwide war against corruption looks like it should take a higher priority than all the other political wars popular with our demagogues. 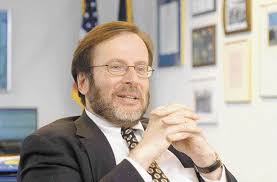 NASA’s former chief of staff has pleaded guilty to a federal conspiracy charge stemming from a $600,000 contract awarded by the space agency to Mississippi State University, a client of his consulting firm.

Courtney Stadd, NASA’s chief of staff and White House liaison from 2001 to 2003, pleaded guilty to one conspiracy charge in a nine-count indictment in federal court in Gulfport, said Sheila Wilbanks, a U.S. attorney’s office spokeswoman.

He faces up to five years in prison and a maximum fine of $250,000 at sentencing…Wilbanks said.

Stadd was indicted in December 2009 on charges that included conspiracy, false statements, false claims, obstructing a grand jury and fraud. He had faced 55 years if convicted of all counts…Don’t you love plea deals?

Prosecutors say Stadd conspired with Liam Sarsfield, NASA’s former chief deputy engineer in Washington. Sarsfield pleaded guilty in November to one charge against him: acts affecting a personal financial interest. Sarsfield controlled a $1.5 million fund and designed contracts that wouldn’t have to be put out for bid.

He steered them where he wanted them to go, including to Mississippi State and a company in Ohio, prosecutors said, netting himself about $270,000 in illegal profits.

Stadd began conspiring with Sarsfield in 2004 to direct the $600,000 contract to MSU, which then subcontracted $450,000 to Stadd’s consulting business, Capitol Solutions, prosecutors said. The consulting firm allegedly paid Sarsfield $87,752 on that contract…

Stadd already had been convicted of an ethics violation for steering a different contract for almost $10 million to the university. He was sentenced last year to three years’ probation in that case.

Stadd was Bush’s appointee to lead the transition in NASA for his administration and oversight. Well done, George.

Here’s a guy who has a rolling conversation with the Virgin Mary every day. And– big surprise– he likes to have an audience present.

Judging from his demeanor while he is doing this, it must be pretty exciting. I imagine it goes something like this:

You can watch the video here: [The exciting BBC report and video]

1937 issue of newspaper wrapped around crockery next to the bodies

Officials plan to perform autopsies on the remains of two babies found wrapped in newspapers from the 1930s and stuffed in a trunk in an L.A. basement.

The L.A. County coroner’s office and Los Angeles Police Department are trying to figure out how the babies died and how they got to the basement. The autopsies will involve a pathologist and an anthropologist. Investigators also will try to use DNA testing to determine whether the babies are related and toxicology tests to find out why they died.

Officials with knowledge of the case said one of the babies appeared to be premature — and might have been miscarried or aborted. The other baby appeared to be a newborn…

The trunk appears to have belonged to a woman named Jean M. Barrie. Inside it were postcards sent to her from far-flung locales such as Korea and South America and a pile of black-and-white photographs that showed a beautiful, fair-haired woman — who may have been Barrie — on vacation and in a wedding gown…

Records show a Jean Barrie who worked as a nurse and lived about three miles from the Glen-Donald apartment building, which is at the corner of South Lake Street and what is now James M. Wood Boulevard, in 1933.

Authorities said they were classifying the discovery as a “death investigation.” They stressed that it was too early to tell if this was a homicide case but vowed to find out what had happened to the babies.

Gonna be a hell of a movie. And forensic anthropology is fascinating – anytime.

UPDATE: Turns out Ms. Barrie emigrated from Scotland in the 1920’s – first, to Canada; then, down to the USA. Worked as a home nurse for the invalid wife of an LA dentist – who she married a little while after his wife died. Read on.

The manufacturer of Swiss condom brand called Harry Popper is being sued by Warner Brothers.

The packaging of the contraception shows a cartoon-like condom with round-rimmed Harry Potter-style glasses waving a magic wand.

The Hollywood studio is taking legal action against Magic X, the manufacturers, for copyright infringement.

The Cantonal Court in Schwyz will rule in the coming weeks on whether to ban the product.

“The image of my client is in danger,” said a lawyer for Warner Bros. “This is clearly a reference to the film and fictional character Harry Potter.
Everyone who sees the condoms automatically thinks of Harry Potter.”

The lawyer for Magic X said: “Our product has nothing to do with Harry Potter.” The brand was launched in 2006 and the name was registered with Swissreg, the Swiss Federal Institute of Intellectual Property.

The series has originated an immense amount of tie-in merchandise and the Harry Potter brand is estimated to be worth £15 billion.

Yes, I understand the intellectual property rights as they relate to copyright and trademark.

This video is from the live telecast, last night, of the 4-2 Stryker Brigade, the last U.S. combat brigade leaving Iraq. They drove from Baghdad to the Kuwait border. And crossed over – clearing their weapons as they left Iraq.

There are several video clips at the MSNBC site. Their servers weren’t doing a great job of keeping up, last night. Try refreshing the page a few times. If things are keeping up, just let the videos load and run in sequence. Sorry for the occasional commercial between segments; but, the video[s] are worth watching.

I watched it live – last night. They did about 4 hours of uncut, live feeds from Iraq with reporters and guest commentators in Iraq and the MSNBC studios.

There is a great deal of historic review and analysis. Chickenhawk Republicans and Democrats will hate it.

What would you expect?

The Wright County Egg company, based in Iowa, has issued a recall of 228 million eggs because of reports of salmonella-related outbreaks in several Western and midwestern states.

In addition to those brands, NuCal Foods in California issued another notice, saying it was also recalling several brands it had packaged from Wright County Egg. The Associated Press estimated that the recall could involve as many as 380 million eggs.

RTFA for details about the batch numbers included in the recall.

Me? I’m sticking with the free range and organic eggs I buy at Trader Joe’s and Whole Foods. When I used to be on the road, I used to stop in at an organic egg farm outside of Taos – they even used to give me a break on bringing back the carton.