The Pentagon is unable to explain images of what witnesses took to be a high-altitude rocket launched off the coast of southern California at sunset Monday, officials said.

But John Pike, a defense expert who is director of GlobalSecurity.org, said he believes he has solved the mystery.

“It’s clearly an airplane contrail,” Pike said Tuesday afternoon. “It’s an optical illusion that looks like it’s going up, whereas in reality it’s going towards the camera. The tip of the contrail is moving far too slowly to be a rocket. When it’s illuminated by the sunset, you can see hundreds of miles of it … all the way to the horizon.

The Federal Aviation Administration, the Coast Guard, Navy, Air Force, and California Reps. Dana Rohrabacher and Jane Harman — whose coastal districts are closest to the offshore contrails — were at a loss to explain the images.

“The FAA ran radar replays of a large area west of Los Angeles based on media reports of the possible missile launch at approximately 5 p.m. (PT) on Monday. The radar replays did not reveal any fast moving, unidentified targets in that area,” said FAA spokesman Ian Gregor. “The FAA did not receive reports … of unusual sightings from pilots who were flying in the area on Monday afternoon. “The FAA did not approve any commercial space launches around the area Monday,” he added.

The Feds have mostly come up empty because they’re all bloody afraid that one or another secret agency did something behind their collective butts. If they accept conventional wisdom that it’s a simple optical illusion – and something devious is proven – they’d rather look like ignoranuses than agencies not in on the secret.

New Mexico — KOB Eyewitness News 4 has learned the Valencia County sheriff is looking at filing criminal charges against a county commissioner for something he did in one of our recent stories.

In our story that aired last Wednesday, Commissioner Donald Holliday used a heat gun to prove he found a cheap solution to remove Sheriff Rene Rivera’s name from 20 patrol vehicles. The sheriff, who recently lost his re-election bid to Louis Burkhard, had spent $5000 this summer to affix the personalized decals.

The sheriff says he discovered Commissioner Holliday’s move after seeing our story air on TV that night:

According to Rivera, the commissioner committed vandalism to county and public property and if he had known what Holliday was up to “more than likely [Holliday] would have gotten arrested.”

Rivera says since he is still Valencia County’s acting sheriff, he is the only one to authorize the removal of decals from patrol vehicles. He is now consulting with attorneys about filing charges against Holliday.

Meanwhile, Valencia County Manager Eric Zamora says the sheriff’s patrol vehicles belong to the county, and that the commission has discretion on how that property is used. Zamora says Commissioner Holliday was within his rights to remove the decals and does not believe the sheriff has cause to file charges.

Next week, someone will be arrested for letting the wrong cousin sweep the streets. 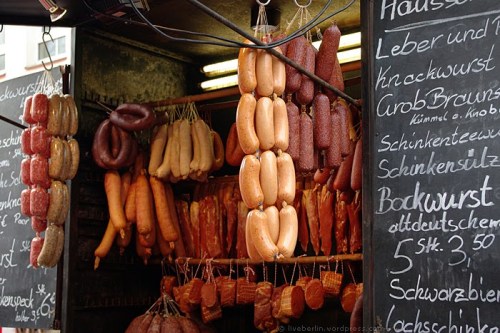 A small German village community left in the lurch after their local doctor retired in September has pulled together to try and attract a new GP — by offering free bread, meat, flowers, haircuts and accommodation.

Niko Ringhoff, who runs the butcher’s shop in the northwestern village of Lette, is offering a doctor willing to move to the 2,200-strong community free meaty lunches and a complimentary sausage-themed feast when the new surgery opens.

“Everybody wants to do something to help get a doctor,” he told Reuters on Tuesday. “We all want to give him a warm welcome and make sure he feels at home here. We desperately need a doctor, but it’s difficult to attract one to the countryside.”

Marion Funke, who runs the local hotel with her husband, is offering a doctor a place to stay for free until he or she finds permanent accommodation.

Other services with which the community hopes to entice a doctor include haircuts on the house at the local salon, complimentary bread rolls from the local baker and free flower arrangements for the surgery from the local florist.

This is my kind of town. The problem is a silly reflection of cultural differences between many cultures – and youth cultures in the United States.

The ideal living situation in Europe is overwhelmingly urban. Rural areas are for picnic visits, a rare well-serviced holiday. Just as thoroughly for non-conformist, student youth as plodding accountants.

For a number of reasons, there is a whole segment of independent young people in the United States who build ideals apart from mainstream urbanity – and that includes picking up the whole family and moving to the boonies. Modern-day communications, digital entertainment streams, make it possible to have as rich a cultural and learning environment as might wish for – while doing as I do – trekking into town once a week for supplies.

After a couple of months of teasing glimpses offered on a website with the cheeky address of http://www.dontblogaboutthis.com, BMW has announced that its Vision EfficientDynamics concept vehicle will go into production. The plug-in hybrid vehicle that made its debut at IAA last year as a concept vehicle is a four-seater (2+2) sports car conceived to combine the performance of a BMW M Car with the fuel economy and emission management exceeding that of a small car.

Standing just 4 ft tall the BMW Vision EfficientDynamics is powered by the company’s ActiveHybrid technology already found on the X6 and X7. IN the Vision EfficientDynamics a 3-cylinder turbo diesel with a hybrid synchronous motor at the front axle is combined with a full-hybrid engine at the rear axle for an overall system output of 241 kW/328 bhp. It can accelerate from 0 to 62mph in 4.8 seconds and boasts an average fuel consumption of 3.76 liters/100 km/75.1 mpg and a CO2 emission rating of 99 grams per kilometer.

The vehicle’s lithium-polymer rechargeable battery is housed centrally in a longitudinal chassis element and is said to be fully rechargable from a conventional power socket in just 2.5 hours. When being powered solely from the batteries the vehicle can run emission free for up to 31 miles, while the range can be extended an extra 404 miles thanks to the 24-liter diesel tank.

BMW hasn’t revealed when the Vision EfficientDynamics will roll off the production line, how much it will cost, or how many will be produced. We’ll keep you posted on that front.

The folks at gizmag aren’t certain about availability or price on the prototype paint job either. I don’t want to know.

Eradicating fossil fuel subsidies would boost the global economy, environment and energy security, the International Energy Agency said on Tuesday, referring to a pledge made by G20 countries.

G20 leaders committed in Pittsburgh in 2009 to phase out, over the medium-term, inefficient fossil fuel subsidies which encouraged wasteful consumption.

The report estimated such subsidies at $312 billion in 2009, mostly in developing countries, compared with $57 billion in subsidies for renewable energy.

Eliminating fossil fuel consumption subsidies by 2020 would cut global energy demand by 5 percent and reduce carbon emissions by nearly 6 percent by then, said the IEA report.

Economists say that governments should support low-carbon energy alternatives, or else penalize fossil fuels, to take account of the damage that greenhouse gas emissions will cause the climate, and blame fossil fuel subsidies for encouraging energy waste and for undermining greener alternatives.

A graphic lesson in who holds sway over political power in most of the modern world.

Scientists, educators, activists on behalf of humanity and nature vs. the Oil Patch Boys and Coal Barons. Not a fair contest by any measure – when it’s obvious who owns the referees.

So-called “personal drones” mounted with cameras have already been used by police in crime fighting and photographers believe they could also be used to track stars.

Ken Rinaldo, an associate professor at Ohio State University, is working on the “Paparazzi Drone.” At the Winter Olympics in Vancouver, Canada earlier this year he deployed “Paparazzi Bots,” human-sized robots which followed athletes and spectators and took photographs of them…

The US Federal Aviation Administration advises that only the government should use unmanned drones over US airspace.

However, it does not have rules prohibiting the flying of mini-drones for recreational purposes, and only advises that such aircraft be flown at low altitude and away from airports.

The FAA said if paparazzi began using the drones the “primary concern with that would be safety issues.” Supporters of the idea suggest that stars could benefit because they would no longer be followed by photographers in cars. However, lawyers suggested celebrities would fight any use of drones on privacy grounds.

And privacy is defended by whom – or what. Get your skeet gun ready. 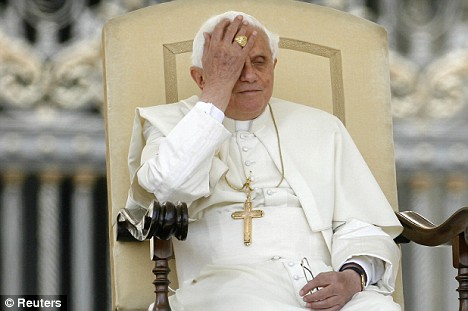 Cripes! Another one in Massachusetts

The former pastor of a Haverhill parish was arraigned last week on charges of stealing more than $80,000 in church funds, about $25,000 of which authorities say was used to feed his addiction to pornography…

According to a police report obtained by the Lawrence Eagle-Tribune, Rev. Keith LeBlanc had a credit card with a balance of $25,000 that was used for online pornography. The pastor told an attorney directing the investigation that he was in need of help to combat an addiction…

Terrence Donilon, a spokesman for the Archdiocese of Boston, said in an e-mailed statement: “Because this is an ongoing legal proceeding, it would be inappropriate for me to comment. That said, continue to pray for Fr. LeBlanc, for the parish of St. John the Baptist, and for all those impacted by these events…’’

After alleged improprieties came to light at the church earlier this year, investigators combed through Comcast bills and other church financial records, finding, among other things, that LeBlanc had allegedly forged a signature on an audit slip. More than $4,000 worth of adult movies had been charged to the church during his tenure, the Eagle-Tribune reported.

The archdiocese’s probe included records from 2004 through June of this year, the paper reported. A church audit found LeBlanc allegedly took $50,689 from collection plate donations to pay for rent and car and credit card payments.

After resigning, LeBlanc was sent to St. John Vianney Center in Pennsylvania, a recovery center for members of the clergy.

Recovery Centers are a great place to lie low from the coppers. You can always claim your extenuating mental circumstances are being treated and it would be better for you to stay there instead of in the slammer with the rest of the crooks.