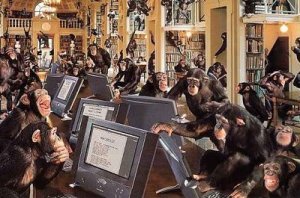 When five television studios became entangled in a Justice Department antitrust lawsuit against CBS, the cost was immense. As part of the obscure task of “discovery” — providing documents relevant to a lawsuit — the studios examined six million documents at a cost of more than $2.2 million, much of it to pay for a platoon of lawyers and paralegals who worked for months at high hourly rates.

But that was in 1978. Now, thanks to advances in artificial intelligence, “e-discovery” software can analyze documents in a fraction of the time for a fraction of the cost. In January, for example, Blackstone Discovery of Palo Alto, Calif., helped analyze 1.5 million documents for less than $100,000.

Some programs go beyond just finding documents with relevant terms at computer speeds. They can extract relevant concepts — like documents relevant to social protest in the Middle East — even in the absence of specific terms, and deduce patterns of behavior that would have eluded lawyers examining millions of documents.

“From a legal staffing viewpoint, it means that a lot of people who used to be allocated to conduct document review are no longer able to be billed out,” said Bill Herr, who as a lawyer at a major chemical company used to muster auditoriums of lawyers to read documents for weeks on end. “People get bored, people get headaches. Computers don’t…”

Software is also making its way into tasks that were the exclusive province of human decision makers, like loan and mortgage officers and tax accountants.

These new forms of automation have renewed the debate over the economic consequences of technological progress.

RTFA for the details. The questions asked about job security, employment, acquired skills are interesting, relevant.

They don’t ask one which questions the motivation for developing the software. The greed of law firms doing the searching is what prompted the software development.

Billing for these services is something I know a wee bit about. I’ve known national-class attorneys who contracted similar work out to law firms doing this kind of work. They were staffed by searchers who were paid something similar to lawyer minimum wage for their work. Less than $20 an hour. Clients were billed $150 to $200 an hour.

Pay fees like that a few times and you run full speed to the nearest software design firm. Now that we’ve achieved the quality of data mining at least capable of performing tasks previously left to graduates from the bottom third of their law class – and took three tries to become admitted to the bar.

It is July 21, 2009, and one Wall Street hedge fund manager has a sudden change of heart. Having bought more than 1m shares in the giant technology company AMD over the past two weeks, the trader loses confidence in his bet and swiftly dumps a third of his stake.

The volte-face immediately looks shrewd. As the markets close that evening, AMD makes a quarterly earnings announcement admitting to a $330m loss and a 13% drop in revenues. One day later, AMD shares slump 13%, meaning the hedge fund manager had avoided losses of at least $140,355.

Despite appearances, the unnamed trader’s move may have been neither clever nor lucky: in the hours preceding AMD’s announcement, the seller had conducted a 10-minute phone call with one Mark Anthony Longoria, who is AMD’s supply-chain manager.

That case is now part of the huge insider-dealing inquiry fixating Wall Street, which became even more sensational last week when the US securities and exchange commission filed civil charges against Rajat Gupta, the former head of the management consulting firm McKinsey.

Gupta, who denies any wrongdoing, is alleged to have passed corporate secrets learned as a board member of Goldman Sachs to Raj Rajaratnam, the founder of the Galleon hedge fund, whose own trial on several counts of fraud and insider trading is due to start on Tuesday…

The 44-year-old from Round Rock, Texas, made the fateful AMD call while moonlighting as a paid consultant for Primary Global Research (PGR), a so-called “expert network” firm that matches industry experts with money managers looking for “informed” corporate news…

The business practice is perfectly legal, unless inside information is exchanged and used, but increasingly there are suspicions that impropriety is occurring more often than regulators would like…

Some parts of the money industry admit to 30% of profits being made via illicit if not illegal means. The corporate frontmen swear aloud on a stack of bibles that they will visit fire and brimstone upon anyone proven guilty of lawbreaking.

The fact remains that unregulated trades in the only commodity important to world commerce – money – continue without oversight. As long as that is a basic premise of world finance, the opportunity for crime and truly valueless stock markets persists.

“Does this mean I get to stay buried– finally?”

A long fight over the estate of the chess champion Bobby Fischer appears to have reached its endgame, with a court ruling that a Japanese woman is indeed his widow and heir.

A district court in Iceland, where Mr. Fischer spent the last years of his life, ruled Wednesday that Miyoko Watai, a pharmacist and the president of the Japan Chess Association, had been married to Mr. Fischer and was therefore entitled to inherit his estate. Mr. Fischer, who died in January 2008, left no will; his estate is said to be worth about $2 million.

Mr. Fischer’s nephews, Alexander and Nicholas Targ, who also filed a claim to the estate, plan to appeal the ruling….

After Mr. Fischer’s death, a protracted legal battle erupted over his estate. In addition to Ms. Watai and the Targ brothers, a Filipino woman named Marilyn Young also laid claim to the estate, saying that her daughter, Jinky, was Mr. Fischer’s child.

To test that claim, last summer Mr. Fischer’s body was exhumed and a paternity test conducted. It came back negative.

Ms. Watai seems to me actually to have had Fischer’s interest at heart. She understood that it is humane to make allowances for a precariously balanced genius, and proper considering his many contributions to a multitude of people all over the world.

Bakersfield, California: State and local health inspectors are teaming up to catch vendors selling illegal bathtub cheese. The homemade cheese is known to be tainted with harmful bacteria.

“There have been several incidents where we have seen it sold at local markets,” said Chief Environmental Health Specialist Donna Fenton.

Bathtub cheese is homemade cheese, also known as queso fresco, and is a staple for Hispanic immigrants.

“It’s normal there in Mexico. You can make your own thing so you can eat,” said fruit market owner George Flores. The cheese is often made in bathtubs or back yard troughs.

“The cheese has been made in a coffin, or they use PVC pipe just purchased from a local hardware store. Sometimes it’s done in galvanized metal containers that can also leach contaminants,” said Fenton.

Not only is the cheese unsanitary, but its ingredients can also harbor bacteria. Raw, unpasteurized milk and coagulants used to make the cheese can contain salmonella, E. coli, tuberculosis and listeria…

“It’s not uncommon to find it in the local markets, swap meets, street vendors, or you may have a neighbor who’s trying to sell it from their home,” said Fenton.

“Yeah, they come once in a while. Not to our business but to our home. In a truck,” said Flores.

I wonder if it’s a crime if you make it yourself for personal consumption – and kill off yourself and your family?

It was one of the busiest slave ports in the Americas, a filthy, bustling harbour where hundreds of thousands of Africans were sold into a life of exploitation and abuse.

Famished, exhausted and with their heads half-shaved, the slaves were herded off ships, groomed in “fattening houses” and dispatched to sugar and coffee plantations across Brazil.

Now, nearly two centuries after Rio’s notorious Valongo wharf began operating, local archaeologists believe they may have located the slave port’s ruins during a multibillion-dollar, pre-Olympic renovation of the city’s harbour. “As soon as the discovery was made I went there,” said Washington Fajardo, Rio’s secretary for cultural heritage. “It is a moving experience, seeing an existing city and then another city two metres below. You feel a bit like Indiana Jones…”

With the 2016 Olympics in mind, authorities are steaming ahead with a project known as Porto Maravilha or Marvellous Port, intended to transform Rio’s dilapidated port into a vibrant tourist and business hub…

Tania Andrade Lima said the Valongo represented a crucial part of the city’s history that had been erased as Brazil sought to cover up the “brutal period of enslavement“. It is believed that some 3 million African slaves were shipped to Brazil between 1550 and 1888, when slavery was officially abolished…

Historians say the Valongo slave market operated from 1818 to 1830. During those 12 years men, women and children from across west Africa were shipped into the port on squalid ships, packed into warehouses and sold…

Rio’s mayor, Eduardo Paes, vowed to build a square where the 19th century ports once stood. “These are our Roman ruins,” he said.

A past that never should be forgotten. Not as something glorious – like the deluded who still celebrate the Confederacy – but as a blight upon humanity that was overthrown, cast aside as a reminder of a crime.

Mari Carmen Garcia set fire to the man found guilty of raping her youngest daughter in 1998 when she was 13 years old.

The man, identified only as Antonio C.V, had been sentenced to nine years for the crime but was on day release from prison in June 2005 when he approached his victim’s mother at a bus stop near her home in Benjuzar, near Alicante, on Spain’s Costa Blanca.

When he asked after her daughter, Mrs Garcia became so enraged she went and fetched a bottle of petrol, doused him with fuel and then set him alight. He died in hospital from the burns several days later.

Her case won her sympathy across Spain but a judge sentenced her to nine and a half years in jail, a sentence that was reduced to five years on appeal to the Supreme Court.

The court this week agreed to suspend her sentence pending an application for an official pardon for her crime after a petition bearing 5,000 signatures was handed to judicial authorities in her support. She had served a total of one year and ten days in prison…

But the lawyer representing the family of the rapist said it showed “preferential treatment”.

There are times when special circumstances and preferential treatment are legitimate expressions of justice. I am neither an advocate for vigilante justice or anarchy. But – sometimes – impulsive justice unrestrained might serve us better.