An Austrian atheist has won the right to be shown on his driving-licence photo wearing a pasta strainer as “religious headgear”.

Niko Alm first applied for the licence three years ago after reading that headgear was allowed in official pictures only for confessional reasons. Mr Alm said the sieve was a requirement of his religion, pastafarianism…

A self-confessed atheist, Mr Alm says he belongs to the Church of the Flying Spaghetti Monster, a light-hearted faith whose members call themselves pastafarians.

Mr Alm’s pastafarian-style application for a driving licence was a response to the Austrian recognition of confessional headgear in official photographs.

The licence took three years to come through and, according to Mr Alm, he was asked to submit to a medical interview to check on his mental fitness to drive but – straining credulity – his efforts have finally paid off.

It is the police who issue driving licences in Austria, and they have duly issued a laminated card showing Mr Alm in his unorthodox item of religious headgear.

The next step, Mr Alm told the Austrian news agency APA, is to apply to the Austrian authorities for pastafarianism to become an officially recognised faith.

The Church of the Flying Spaghetti Monster is, of course, as legitimate as any other organized religion on this silly little planet. Though official recognition by the state and a license to steal still awaits in many nations.

A Southern California woman remained jailed Wednesday after authorities said she drugged her estranged husband, tied him to a bed, cut off his penis and put it through a garbage disposal.

Garden Grove police Lt. Jeff Nightengale said Catherine Kieu Becker drugged a meal and served it to the victim, whose name was not released, shortly before the attack Monday night.

Nightengale said the 51-year-old man felt sick, went to lie down and lost consciousness. The 48-year-old Becker then tied the victim’s arms and legs to the bed with rope, removed his clothes and attacked him with a 10-inch kitchen knife as he awoke, Nightengale said…

Nightengale said Becker put the penis in the garbage disposal and turned it on.

The lieutenant said Becker called 911 to report a medical emergency and told arriving officers “he deserved it” before pointing to the room where the victim was found tied to the bed, bleeding profusely. Authorities did not release details on a possible motive in the attack…

Nightengale said Wednesday the couple was married in December 2009 and that the victim filed for divorce six months ago.

Bail for Becker was set at $1 million after she was booked at the Orange County Jail for investigation of aggravated mayhem, false imprisonment, assault with a deadly weapon, administering a drug with intent to commit a felony, poisoning and spousal abuse…

The victim underwent surgery and was listed in good condition at the University of California at Irvine Medical Center in Orange. 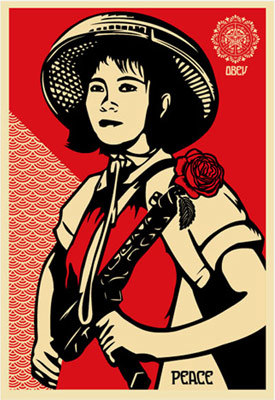 China still has “a long way to go” before its citizens can enjoy full human rights, a senior Chinese official said in a rare admission of the challenges ahead, pointing to social conflict and even rising house prices as stumbling blocks.

Wang Chen, head of the State Council Information Office, said in a speech published in the English-language China Daily Wednesday that while China had made remarkable developments on this front, the way forward would be hard.

“Affected and restricted by natural, historical and cultural factors, and economic and social development levels, the cause of human rights in China is still facing many difficulties and challenges, and there is still a long way to go before achieving the lofty goal of the Chinese citizens fully enjoying human rights,” Wang said.

China has long rejected criticism of its human rights’ record, saying providing food, clothing, housing and economic growth are far more relevant for developing countries like it, pointing to success at lifting millions out of poverty…

END_OF_DOCUMENT_TOKEN_TO_BE_REPLACED

Of all the energy-saving tips out there, probably the one we hear most often is to not leave lights on when we leave a room. It’s good advice, yet cities around the world are not following it in one key way – their streetlights stay on all night long, even when no one is on the street.

The Netherlands’ Delft University of Technology is experimenting with a new streetlight system on its campus, however, in which motion sensor-equipped streetlights dim to 20 percent power when no people or moving vehicles are near them. The system is said to reduce energy consumption and CO2 emissions by up to 80 percent, plus it lowers maintenance costs and reduces light pollution.

Delft Management of Technology alumnus Chintan Shah designed the system, which can be added to any dimmable streetlight. The illumination comes from LED bulbs, which are triggered by motion sensors. As a person or car approaches, their movement is detected by the closest streetlight, and its output goes up to 100 percent. Because the lights are all wirelessly linked to one another, the surrounding lights also come on, and only go back down to 20 percent once the commuter has passed through. This essentially creates a “pool of light” that precedes and follows people wherever they go, so any thugs lurking in the area should be clearly visible well in advance…

Some fine-tuning is still ongoing, in order to keep the lights from being activated by things like swaying branches or wandering cats. In the meantime, Shah has formed a spin-off company named Tvilight to market the Delft technology. He claims that municipalities utilizing the system should see it paying for itself within three to four years of use.

Anything that saves on electricity use pays for itself sooner than most people realize.

Yes – I can still hear my father instructing me to – “turn off the light when you leave a room”!

Though the idea of sleeping inside a concrete tube probably doesn’t sound that appealing, architect firm T3arc have found a way to make sleeping inside a pipe not only comfortable but also a holiday experience. Mexico’s Tubohotel, which opened in 2010, is a unique and affordable holiday destination created from recycled concrete tubes. Located approximately 45 minutes south of Mexico City in the village of Tepoztlan, Morelos, the rooms of the hotel are stacked in a pyramid shape, reflecting the Aztec pyramid of El Tepozteco that overlooks the town.

The original pipe hotel concept comes from German architect, Andreas Strauss, who created Dasparkhotel in 2006. The T3arc architects drew inspiration from Strauss and expanded on the idea to create two-story triangular modules. By stacking one tube on top of two base tubes, they were able to create a striking visual display without impacting the surrounding natural environment.

TheTubohotel offers 20 concrete rooms, each measuring 2.44 m wide and 3.5 m long (8 ft x 11.5 ft) and is simply furnished with a queen size bed, desk light, fan, and under-bed storage. The rooms overlook a central courtyard, which is otherwise completely surrounded by lush native trees. Unfortunately they couldn’t come up with an idea to squeeze in a bathroom but guests have access to two communal bathhouses located on the hotel property.

My kind of design.

Half of the time, my favorite concepts in lodging and living are quite traditional. The other half? Inventive use of modern industrial materials – like this.