“Oh, look – a picture of my God”
Daylife/Getty Images used by permission

How many Republicans does it take to screw in an energy-efficient light bulb? The answer to that riddle tells us much about the state of the Republican Party in 2011.

The light bulb ban has become a rallying cry on the right. Rush Limbaugh called it an alarming advance of “statism.” Minnesota Representative and Republican presidential candidate Michele Bachmann promised that “President Bachmann will allow you to buy any light bulb you want in the United States of America.”

The fact that there is no light bulb ban should in no way spoil the fun, of course…

The law passed the House with 95 Republican votes and was signed by President George W. Bush. There were no riots in the streets. Yet by the time Republicans took over the House in January 2011, this previously uncontroversial legislation had become the basis of an ideological war. Between 2007 and 2011, energy waste and pollution seem to have become inviolable conservative principles.

The Republican congressman who was co-author of the 2007 bill, Representative Fred Upton of Michigan, renounced his own work. Republican Representative Joe Barton, who had previously claimed the spotlight to apologize to BP for all the fuss about its little oil spill in the Gulf of Mexico, introduced a bill repealing most of Upton’s energy-efficiency provisions. (Bachmann called her version of repeal the Light Bulb Freedom of Choice Act, arguably her crowning legislative achievement.)

A radical reversal on light bulbs won’t shake the foundations of the republic, but it’s indicative of a party that is unmoored from both philosophy and substantive politics. Republicans today are defined not by what they are for but almost exclusively by what they are against. And they are against just about everything — including many things they used to be for…Republicans increasingly reject the tissue of their own proposals and their own reasonable history. 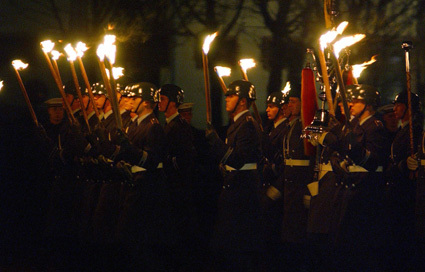 The problem here isn’t hypocrisy, which abounds at all points on the political spectrum. It’s that Republicans have abandoned market-based solutions in favor of no solutions at all. They’ve traded in their traditional small-government philosophy for anti-government rage, generally doing their level best to look like yahoos whenever cameras are near.

In reality, there are very few Joe the Plumbers among the largely wealthy, educated and professionally successful members of the House and Senate Republican caucuses. Yet these politicians are so afraid of their noisy anti-government, anti-intellectual wing that they fear expressing support for even the most limited government — the kind that can fix a highway or keep a bridge from falling down…

RTFA. Margaret Carlson is on the don’t-read-on-pain-of-death list of the Kool Aid Party; so, you know she has history sorted.

The individual mandate, cap-and-trade, federal loan guarantees were utilized by Republicans from Mitt Romney and Pete Domenici to George H.W. Bush for perfectly good reasons – which therefore acquired Democrat support. All are now suspect by the know-nothings who are convinced that sound economics, “science and those who practice it are ideological enemies”.