A central California man has been arrested for possession of child pornography, thanks to a tip from burglars who robbed the man’s property…

Last month, a juvenile and a 19-year-old illegally accessed the property of Kraig Stockard, 54, of Delhi, California, according to a statement from Deputy Tom MacKenzie of the Merced County Sheriff’s Department. They broke into Stockard’s barn and stole approximately 50 CDs they believed were blank…

…When they began putting the discs into their computer, they discovered that some of them contained pornographic images of children, the statement said. Despite having obtained the CDs under decidedly shady circumstances, the pair decided to report Stockard to the police.

A search warrant was served and three more computers and three laptops were taken from Stockard’s home, along with several external hard drives. Police said there were thousands of pictures and movies on the CDs — more than 30 of the 50 discs had child pornography on them…

The two burglar suspects who reported Stockard have not been arrested.

Their case has been sent to the Merced County District Attorney’s Office for review. When reached for comment, a press officer told CNN the office could not comment on the case because one of the informants in question is a juvenile. 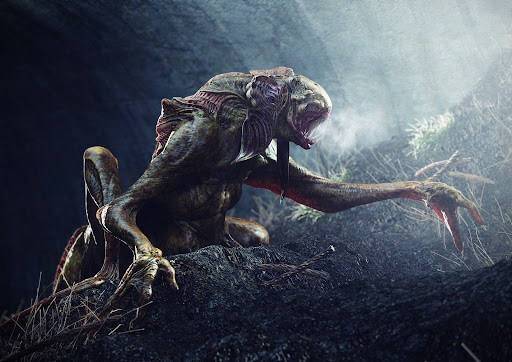 Though viruses are the most abundant life form on Earth, our knowledge of the viral universe is limited to a tiny fraction of the viruses that likely exist. In a paper published in the online journal mBio, researchers from the University of Pittsburgh, Washington University in St. Louis, and the University of Barcelona found that raw sewage is home to thousands of novel, undiscovered viruses, some of which could relate to human health.

There are roughly 1.8 million species of organisms on our planet, and each one is host to untold numbers of unique viruses, but only about 3,000 have been identified to date. To explore this diversity and to better characterize the unknown viruses, James Pipas…Roger Hendrix and…Michael Grabe…are developing new techniques to look for novel viruses in unique places around the world…The team searched for the genetic signatures of viruses present in raw sewage from North America, Europe, and Africa…

“What was surprising was that the vast majority of viruses we found were viruses that had not been detected or described before,” says Hendrix.

The viruses that were already known included human pathogens like Human papillomavirus and norovirus, which causes diarrhea. Also present were several viruses belonging to those familiar denizens of sewers everywhere: rodents and cockroaches. Bacteria are also present in sewage, so it was not surprising that the viruses that prey on bacteria dominated the known genetic signatures. Finally, a large number of the known viruses found in raw sewage came from plants, probably owing to the fact that humans eat plants, and plant viruses outnumber other types of viruses in human stool…

The main application of this new technology, says Hendrix, will be to discover new viruses and to study gene exchange among viruses. “The big question we’re interested in is, ‘Where do emerging viruses come from?’” he says. The team’s hypothesis is that new viruses emerge, in large part, through gene exchange. But before research on gene exchange can begin in earnest, large numbers of viruses must be studied, the researchers say.

“First you have to see the forest before you can pick out a particular tree to work on,” says Pipas. “If gene exchange is occurring among viruses, then we want to know where those genes are coming from, and if we only know about a small percentage of the viruses that exist, then we’re missing most of the forest.”

Great. Just what we need to know. Now, all those sci-fi movies about mutated creatures rising up from the sewers to eat all of us become a bit more real.

I know, I know. I have a strange sense of humor.

What impresses me the most – once again – is how little we know of this world we live on and within. This is just the kind of basic research the know-nothings in Congress and assorted flat-earthers resent and joke about. Their cognizance of the material world is shallow in direct proportion to the amount of time they spend whining about their self-ordained superstitious reasons for the ills that befall humankind.

There he is, yelping with delight as the youths start hurling chunks of paving stones, barking his admonition at a cordon of cops fending off petrol bombs, sneezing as he scampers through the tear gas.

Meet Sausage the riot dog, an amiable ginger mongrel resident of Syntagma Square in central Athens, who doesn’t mind if you show up for a day of mayhem as long as he can join in.

Whenever there’s a demonstration, Sausage is there, always taking the side of the protesters and cheerfully lending a sense of comic relief to the occasionally violent proceedings…

On Wednesday when state workers marched against government cuts, Sausage was in his usual spot at the front, egging on the crowd with a hearty “Gav!” (Greek for “Woof!”), tripping up baton-wielding officers as they charged down the steps…

…Some people call him Kanellos — Cinnamon. The Athens municipality, which has known him since 2006 as Dog Number 1842, prefers Loukanikos — Sausage…

As head of the department, Makri was sued once because Sausage bit someone. The case is pending. “He’s a loveable dog, but he’s a little bit hot-blooded,” she says.

Stray dogs in Athens don’t look like stray dogs in other big cities. Many, Sausage included, wear collars and tags.

Instead of rounding them up and destroying them, the municipal authorities of Athens pay to feed more than 2,000 of them. They are neutered, given vaccines, identified with microchips and released back onto the street, wearing a tag with a phone number to call if they are in — or causing — trouble…

“In most European countries, they solve this problem with euthanasia. But Greek culture is against that. Our law is about rehabilitating the dogs,” said Makri. “People here take care of them and love them. They are like everyone’s dog.”

Part of the truism that more dogs probably care for people than vice-versa. A symptom of how far our civilization still has to improve.

The “Mobile Informational Call Act” is an amendment to the Communications Act of 1934 and will allow political organizations, committees, and action groups to contact you on your mobile phone. The new bill…would allow political organizations to use automated dialers and robocall-systems to dial your cell phone and hand you off to a live person or play automated messages asking you to contribute to political campaigns or take surveys.

With the fall political campaign heating up and next year’s campaign starting over a year early, that can add up to a lot of unsolicited phone calls from various campaigns and political action committees, all looking for your help or money…

That includes you being charged for the minutes used.

Beyond signing the petition, standard rules for contacting your Congressional representatives apply: even if you sign the petition, you’ll have the most success if you reach out to your specific representatives and senators with a personal message (the petition linked to above allows you to personalize the message you send for this purpose).

Congress-critters are getting hip to the cyberworld. Some of them can even send and receive their own email without clicking on the link to Nigeria. Now, the self-serving creeps want you to pay for a new intrusion.

My experience is that they now pay attention to obviously individual/individualized comments on legislation – arriving via the Web. If you’re in favor of trying to save a tiny bit of privacy, isolation from the constant political sell – use one of the means suggested to instruct your elected representative.


Two years ago, aircraft designers were invited to build an electric airplane that could fly at least 200 miles in under two hours, using less than one gallon (3.8 liters) of fuel per occupant – or the electrical equivalent. Whichever plane performed best would win its makers a prize of $1.35 million. That was the idea behind the Green Flight Challenge, a NASA competition that was managed by the Comparative Aircraft Flight Efficiency (CAFE) Foundation, and funded by Google.

Well, the challenge wrapped up last week, with the winners being announced this Monday. Pennsylvania’s Pipistrel-USA team took first place, for its Taurus G4.

The twin-fuselage aircraft has seating for four people, and a 145-kilowatt brushless electric motor that turns a two-bladed propeller, which is mounted between the fuselages. Its wingspan is approximately 75 feet.

Out of 14 aircraft originally entered in the competition, it was one of three to make it through to the finals… Of those finalists, both the Taurus and the second-prize-winning eGenius doubled the required fuel efficiency, in that they each used the equivalent of just over half a gallon of fuel per occupant.

The Taurus specifically managed an equivalent fuel efficiency of 403 passenger miles per gallon at a speed of 107 miles per hour – according to Pipistrel team leader Jack Langelaan, that is twice as fast and efficient as a fully-occupied Toyota Prius.

“Two years ago the thought of flying 200 miles at 100 mph in an electric aircraft was pure science fiction,” he stated. “Now, we are all looking forward to the future of electric aviation.”

Bravo! The senior pilot in my extended family [I’m the only one who never piloted a plane] will be here this weekend. Though he’ll probably see this first, here in my blog, I’m looking forward to interesting discussions about the achievement.

All you need to get one is money – not brains

A Swiss motorist used his mobile phone to record himself driving on an autoroute near Geneva at 320 km an hour, nearly three times the speed limit, police said Wednesday.

But the offence was only uncovered six months later when the 28-year-old was questioned in another case and investigators found the images still on the phone.

Some shots were focused on the speedometer of his car, a Bentley Continental, according to a police spokesman.

Others showed the road, revealing where he was, and the phone’s timer recorded the date and the time — just before 3:30 in the morning local time last April.

Police said the driver, whom they declined to name, probably took the shots to impress his friends. His license was confiscated and he is free on bail awaiting trial.

When your testicles are hardwired to the accelerator on your car, you really can’t count on your brain working at all.