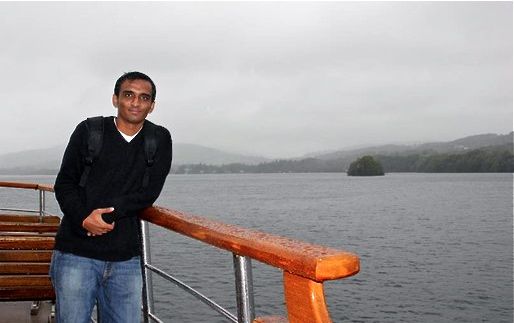 Police have apologised after it emerged that the father of a student shot dead in Manchester on Boxing Day found out about his son’s murder on Facebook.

Anuj Bidve, 23, was shot in the head at point-blank range as he walked with friends near their hotel in the inner-city Ordsall district of Salford in the early hours of December 26. The murder of the Indian student is being treated by detectives at Greater Manchester Police (GMP) as a hate crime which may have been racially motivated.

Assistant Chief Constable Dawn Copley, who has overall command for the investigation, confirmed that Subhash Bidve, the victim’s father, read a post on the social networking site before officers were able to get in touch to deliver the news first.

She said: “That is not the way anyone should have to find out something so devastating and we completely understand how upset the family are. Social networking is instantaneous and we have no control over when and what people post on such sites, but no one should hear such tragic news in this way.”

Police said a 16-year-old boy and two 17-year-old boys arrested over the murder have been released on bail pending further inquiries. Two men, aged 19 and 20, remain in custody.

…Ms Copley said: “As a liaison officer was attempting to contact the family through the right channels, a post was put on Facebook. Since then, we have had two family liaison officers in regular contact with Anuj’s immediate family and those who speak on his behalf to keep them updated about every step of the progress of the investigation.

“Greater Manchester Police is also working very hard to bring the family over to Manchester as soon as possible.

“For reasons beyond the family’s control, it is unlikely they will be able to do so until early next week so the force is putting plans in place to send officers to India to offer support…”

Earlier, Mr Bidve’s father…called for the authorities in the UK to speed up the process of returning his son’s body to his home town of Pune in India. “That is my only concern. We do not have a specific date or timeframe when it can be done and do not understand it. We find it difficult and it is not accepted.

Mr Bidve…arrived in the UK in September after completing an electronics degree at Pune University.

Too sad, tragic. A young man at the very beginning of a lifetime filled with promise and opportunity. He came to the UK to acquire extra learning, additional credentials, to add to that potential. And was murdered.