Southern elephant seal bulls bellow for the chance to mate with females on South Georgia in the South Atlantic Ocean. Only one in three of these bulls, each weighing between 2,200 and 4,000kg, will get a chance to mate.

Stéphane Peterhansel celebrated his 10th Dakar win, representing at the same time the MINI ALL4 Racing’ and the X-raid Team’s first triumph in the gruelling event! Just 14 months after the unveiling of the German squad’s latest vehicle, the off-road racing crown was secured by the Trebur based team…

But the success story didn’t end with Peterhansel’s win, as all the five MINIs ALL4 Racing entered by the team made it to the top 10. Nani Roma (ESP) ad Michel Périn (FRA) impressed by celebrating three special-stage wins and finished runner-up, thus giving the Monster Energy X-raid Team a one-two, in the 2012 Dakar. Meanwhile, Russia’s Leonid Novitskiy and his German navigator Andi Schulz demonstrated that consistency is the right approach for being successful. They won the first special stage and afterwards, they successfully avoided getting involved in any major problems. Finishing fourth in the overall rankings represented the well-deserved reward – and the best Dakar result ever secured by a Russian driver in the Dakar’s car ranking. In addition, Novitskyi also was the best-place semi-professional driver in the 2012 edition of the event.

For a long time, Polish-Belgian pairing Krzysztof Holowczyc / Jean-Marc Fortin also proved to be a factor in the battle for a top-three position. In the 10th special stage, however, their ORLEN MINI ALL4 Racing encountered problems that cost them their chance of making it to the podium. The fifth Monster Energy X-raid Team pairing, the Portuguese Ricardo Leal dos Santos und Paulo Fiuza, completed the outstanding team success by taking their red MINI ALL4 Racing to eighth position in the overall rankings.

And the Monster Energy X-raid Team did not only convince by this fantastic Dakar success but also by outstanding reliability. Other than expected by many pundits, all the eight vehicles entered by the German squad – five MINIs ALL4 Racing and three BMWs X3 CC – survived the entire event and made it to the finish in Lima. “Apart from our win, this is the biggest success for our team,” added Quandt. “Our engineers and mechanics did a fantastic job preparing the cars on every single day, thus laying the foundation for this success…”

Dakar record winner Peterhansel switched to Team x-raid following the 2009 Dakar. Up to that point in time, Mr. Dakar had celebrated 6 motorbike wins (1991, 1992, 1993, 1995, 1997, 1998) and three on four wheels (2004, 2005, 2007), in the legendary event. Now, by his first win in South America, he added triumph No 10 – by delivering in his well-known style. Peterhansel celebrated three special stage wins in this year’s Dakar and convinced – as usual – by consistency and a matured style of driving. Thanks to this approach, he avoided getting involved in any major problems and on day three, he took the lead for the second time to defend it until the rally was over…

I’ve followed the X-Raid team for a decade, now. This year’s victory – their first in the Dakar – succeeded beyond wildest expectations. Essential to their effort has been the reliability of diesel racing engines. This year’s 6-cylinder, twin-turbo BMW powerplant running flawlessly throughout. The all-wheel-drive Minis were stellar.

Congratulations, folks, on a terrific team and a superlative victory.

The Obama administration said over the weekend that it would not support legislation mandating changes to Internet infrastructure to fight online copyright and trademark infringement.

“Proposed laws must not tamper with the technical architecture of the Internet through manipulation of the Domain Name System (DNS), a foundation of Internet security,” the administration said in a statement on Saturday. “Our analysis of the DNS filtering provisions in some proposed legislation suggests that they pose a real risk to cybersecurity and yet leave contraband goods and services accessible online. We must avoid legislation that drives users to dangerous, unreliable DNS servers and puts next-generation security policies, such as the deployment of DNSSEC, at risk…”

The DNS-redirecting provisions in both bills were designed to prevent American citizens from visiting sites the attorney general maintains are dedicated to infringing activities…without having to prove a damned thing in a court of law!

The Obama administration’s announcement appears to have conceded to opposition from security experts who say the plan would sabotage U.S. government-approved efforts to secure DNS against hackers and break the Internet’s unified naming system by introducing lies into infrastructure. The government is agreeing with experts who maintain that the SOPA and PIPA and the Senate’s Protect IP Act would break the Internet’s universal character and hamper U.S. government-supported efforts to roll out DNSSEC, which is intended to prevent hackers from hijacking the net through fake DNS entries.

Victoria Espinel [L] with some other folks from work

The usual creeps – ranging from RIAA and MPAA to individual Congress-critters beholden to lobbyist bucks – made the usual excuses and ready themselves to fall back on revisions which still mean operating outside constitutional law.

I think I’ll write a little bit about this photo. You see, I’m standing just to the right of the field of vision – politely nudged aside by the news photographer who wanted to get a good close-up of Dr. King speaking in one of the toughest neighborhoods in Black Chicago. Out in front of the Robert Taylor Projects.

Looking around for a photo and a news piece to reflect upon on this holiday, I bumped into this news photo from the summer of 1965 in Chicago. I spent that summer as a community activist working with other like-minded folks from the then fairly-new W.E.B.DuBois Clubs. Radicals, communist and non-communist, religious and atheist, all colors and creeds; but, convinced that it would take more than band-aids to patch up the effect of centuries of racism in America.

I met some wonderful people that summer. Not the least of whom was Dr. King. Though he wasn’t the biggest influence on my feelings, understanding of what the movement needed to do, where to go next. Most influential was Ismael Flory, founder of the African American Heritage Association, editor and stalwart in his dedication to producing an encyclopedia of African American studies. Ish could turn traffic directions into a discussion of history, turn lunch into the science of gastronomy – could make you laugh or cry over silly humanity.

I opened for Dr. King, that day in Chicago’s South Side. Back in the day, there wasn’t anyplace I sang and performed that didn’t have at least a core of the call for change in it. Newspaper articles and historic documents say this was the first time that Dr. King was booed by a Black audience. It was much, much less than that.

There were two truly tiny efforts birthing in Chicago at that time joining the early call for Black Power within the civil rights movement – and ready to exit the larger effort at the drop of a dollar bill. That day the noisiest boos came from members of the Blackstone Rangers already devolving into hustlers taking money from the Feds and using the funds to build one of the largest drug gangs in Chicago. The other silliest group was comprised of one well-known young Black man – an early advocate of separatist activism – who trotted out a line of a half-dozen or so schoolchildren, none over 6 or 7 years old, who carried anti-King signs. Dr. King chided him for his opportunism and guile.

For me, the day is remembered as the first time I met Martin Luther King, Jr.. I remember the summer sun and heat. I remember one Black teenager who liked one particular song I wrote – something I rarely did. I never wanted to be a songwriter. It was one more step away from America’s bigoted history. One more step towards a future still unrealized; but – believe me – better than it ever was. 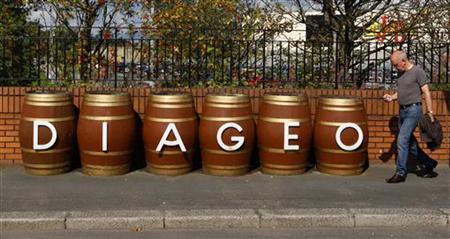 Recipients of more than $30 billion of tax breaks like these hope to catch a ride on the payroll tax legislation expiring next month, with special interests – from Diageo to Nascar racetrack owners to major U.S. banks – lobbying to win renewals of their preferences in the sprawling U.S. tax code.

Popular items…like a shorter write-off period for motorsports complexes that primarily benefits owners of Nascar tracks, are in the mix.

“…Once you get into that caboose, you catch a ride every year,” said Steve Ellis, a vice president at Taxpayers for Common Sense, a nonpartisan federal spending watchdog group…

The last time lawmakers revamped the tax code was 1986. That took years to do and came only after President Ronald Reagan made it a priority and was safely ensconced in a second term…

Obama and lawmakers fought through the end of 2011 over renewing the payroll tax cut for workers, settling on a two-month fix. Businesses see a potential to attach breaks onto any deal that may emerge from the need to address the expiration of those tax cuts at the end of February.

“People are looking at the payroll tax legislation as a potential vehicle and kind of licking their chops,” said Marc Gerson, a former tax attorney for House Republicans, now representing business interests at Miller & Chevalier…

One big tax break that is on a yearly lease helps financial institutions defer taxes on some income, such as royalties from a patent, earned abroad. Critics say the provisions helps big banks and other firms dodge taxes. That provision costs the government about $4 billion, according to the Congressional Research Service.

Even if I feel it likely that Obama will be re-elected given the crap clump of candidates the Republicans offer, experience has taught us that he and the Dems can’t be trusted anymore than Republicans to actually produce significant change. Standard liberal packages and the odd touch of civil rights are no less than what we are owed for putting them into power in the first place.

The need for serious reform of archaic Congressional rules which clog potential progress, tax reform, an end to lobbying rules still filling Congress with the stink of the Gingrich counter-revolution – and a law, thank you, limiting election expenses and the power of corporate donors over ordinary folks – all need to be enacted in the next Congress or two. Ain’t nothing like starting to put on the heat, now.

Michael Gove has brushed aside Britain’s economic problems to propose the public donate a new royal yacht to the Queen as a mark of respect during this year’s diamond jubilee celebrations, according to a confidential letter to fellow ministers.

In the letter, which has been sent to Jeremy Hunt, the culture secretary and minister overseeing the celebrations, and to the deputy prime minister, Nick Clegg, Gove at one point comes close to suggesting that Britain’s dire economic climate means that a large-scale celebration is required to lift the country’s spirits…

Gove, an enthusiastic monarchist, writes in the letter: “I feel strongly that the diamond jubilee gives us a tremendous opportunity to recognise in a very fitting way the Queen’s highly significant contribution to the life of the nation and the Commonwealth…”

“My suggestion would be a gift from the nation to her majesty; thinking about David Willetts’s excellent suggestion of a royal yacht, and something tangible to commemorate this momentous occasion.” He adds: “The year ahead provides an enormous opportunity to showcase the very best of Britain.”

…Gove’s office confirmed the authenticity of the letter but refused to comment.

I suppose that aficionados of monarchies and other 18th Century silliness will not consider this proposal at all out of line. It’s only silly buggers like me – and my peers in the UK – who might consider the maths and suggest that this would pay for a useful number of schoolrooms. Something that benefits a nation much more than another craptastic toy for decorative leftovers from the era of Imperial England.