Over the past three years, foreign architects and designers have poured into China, fleeing economic crises at home and pinning their hopes on this country’s explosive growth. It is, after all, a place that McKinsey & Company predicts will build 50,000 skyscrapers in the next two decades, the equivalent of 10 New Yorks. MAD’s staff consisted almost entirely of mainland Chinese when Gillen arrived in mid-2009; today, nearly half of his 50 colleagues are foreigners, with designers from Holland, Germany, Belgium, Spain, Colombia, Japan and Thailand. “The economic crisis,” Gillen says, “is a heavy factor in everybody’s thought process.”

This is the expected global economic formula flipped on its head: instead of American workers losing out to the Chinese, China is providing jobs for foreign architects. Even more surprising is the degree of imaginative license that China offers, even demands of, its foreign building designers. With new cities materializing seemingly overnight, international architects are free to think big, to experiment with cutting-edge designs, to introduce green technologies. All at a frantic pace. In a top-down system that favors political will and connections over regulatory oversight and public debate, large-scale projects in China can be designed, built and put to use in the space of just a few years…

“Have you seen the world’s biggest building yet?” shouted Stephan Wurster, an affable 38-year-old Stuttgart native who moved here in December after three years in Beijing. Both he and Kamaljot Singh Panesar, a goateed British architect at the table, have offices in development zones mushrooming on the plains south of Chengdu, not far from a half-completed behemoth called Ocean Park. Under a single roof covering an area of about 25 football fields, Ocean Park is designed to include hotels, shopping malls, aquariums, amusement parks and a simulated ocean with a white-sand beach.

Wurster takes more than a passing interest in the Chinese-designed building: it stands directly across from the site where he is overseeing construction of a contemporary art center for his bosses at Zaha Hadid Architects. The same Chinese investor behind Ocean Park, in fact, is financing the arts center as a gift to Chengdu. And what city leader wouldn’t be flattered to receive a cultural icon designed by a world-famous architect? Still, Hadid’s firm has had to make compromises — overhauling the sinuous design because local officials thought it looked like a snake, which is considered bad luck. “Even on status projects,” Wurster said with a laugh, “there’s no carte blanche in China…”

…Many foreign architects in China sense that they are operating in the dark, toiling in a system they dimly understand. Real estate development in China is a murky business. There is little transparency — and lots of horse trading — in everything from the acquisition of land to the awarding of bids and competitions. In all but the highest-profile projects, foreigners are largely sidelined during the building process itself, which by law and tradition is controlled by local design institutes.

END_OF_DOCUMENT_TOKEN_TO_BE_REPLACED

The sun shade provides an air cushion against solar heating

Let’s be clear. The idea of recycling shipping containers as bespoke pieces of micro-architecture is by no means unique to Tsai Design Studio, but its Safmarine Container Project – real, built, and in use – is no less admirable as a result. The 39-foot long, 538-sq foot container is living a second life as a classroom for 5-6-year old pupils at the Vissershok School, Cape Town, South Africa.

The most radical addition to the container is a horizontal solar shade – an expansive second roof above the container preventing solar radiation directly arriving at the classroom’s outer surfaces thanks to the buffer of air between. This is an essential measure in warmer climbs as steel is an efficient conductor of heat. Were the building to be used at night it would probably have required extensive insulation too. Or colder climates.

Windows and doors are obviously a requirement, but windows have been added to both sides to allow the through-ventilation of the space.

Attention has been paid to the surrounding site. A sloping embankment afforded the opportunity for the creation of an outdoor mini amphitheater, and an outdoor play area has been included…A vegetable garden has also been planted.

Of course, any opportunity to reuse containers in the developing world…should be seized where budgets are tight. But that’s just as true for the so-called developed world, too.

If your nation’s balance of trade has more containers arriving with goods than departing, believe me, you can get shipping containers for extremely reasonable prices. For projects dedicated to public improvement – like this one – I’d try to get them for free. 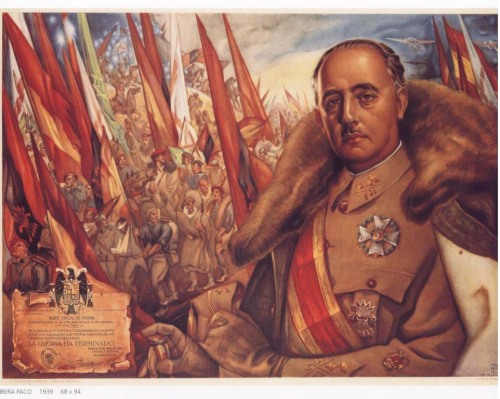 An 80-year-old nun has become the first person to be accused of baby snatching in the scandal over the trafficking of newborns in Spanish hospitals.

Sister María Gómez has been formally named as a suspect in the investigation into one of more than 1,500 cases of suspected illegal trafficking of babies who were stolen, sold or given away by adoption over four decades until the 1980s.

Although the nun’s name appears in many of the complaints made by those seeking lost children, the accusation centres on a single case involving María Luisa Torres and her 29-year-old daughter, Pilar. They were reunited eight months ago after families affected by the trafficking began campaigning for the truth…

Torres told the magistrate she had contacted Gómez after separating from her husband and becoming pregnant by another man. The nun, who worked with two Madrid clinics in the 1970s and 80s, had placed ads in local newspapers offering to help single mothers. Torres said Gómez promised to put the baby in an orphanage where she could visit her until she was able to look after the child herself. But after the birth Gómez told her the baby had been given to another family.

When Torres complained, the nun allegedly threatened to denounce her for the crime of infidelity and have her other daughter, born to her first husband, taken away. “Her words were: ‘I’m taking this one away and I can take the other one too. And then you’ll go to jail,'” Torres told Antena 3 television…

Last year, as hundreds of alleged cases of baby snatching began to emerge, Torres’s other two daughters set out to find their lost sister. In July a TV programme put the families in contact and paid for DNA tests…

It appears that what began as a system for removing babies from families deemed politically dangerous by the dictatorship of General Francisco Franco allegedly evolved into an illicit business that targeted single mothers and the poor.

In one Madrid clinic where Gómez worked it is alleged that doctors kept a baby’s corpse to show to mothers as proof that their child had died.

Anyone surprised that segments of the Catholic church which officially collaborated with the fascist Franco dictatorship eventually settled into criminal enterprise?

An official with the Food and Drug Administration covers his nose from the unpleasant smell from over 50 tons of confiscated fake medicine to be destroyed during a campaign to mark World Consumer Rights Day in Beijing.

A picture is worth more than it takes to stand next to crap, sometimes.

“It’s because they always laugh at the size of my wee-wee!”
Daylife/AP Photo used by permission

Until this year, the Violence Against Women Act (VAWA) was the poster child for bipartisanship. First passed in 1994 under the leadership of then-Senator Joe Biden, it garnered overwhelming support when it was reauthorized in 2000 and again in 2005. Now, however, it too has become politicized, a casualty of the culture wars. Although the legislation to reauthorize VAWA still has bipartisan sponsors, it was recently voted out of committee in the Senate 10-8 on a strict party-line vote and final passage is by no means certain.

Why? Because it explicitly strengthens protections for those experiencing violence at the hands of a same-sex partner, as well as for immigrants and Native American women. In the highly charged atmosphere of today’s Congress, it seems that nothing — not even support for victims of crime — is safe from controversy, and if the controversy involves women’s rights, the rhetoric of opponents escalates.

…Since VAWA’s passage, reported domestic violence has dropped by 58 percent. But the toll it takes it still disastrously high. Every single day, three women are killed by husbands or boyfriends. Every year, victims suffer two million injuries. A strong renewal of VAWA is critical to lowering these statistics, and more importantly, to ending the suffering of all victims and their families.

This year’s reauthorization bill, introduced by Senators Patrick Leahy (D-VT) and Mike Crapo (R-ID), seeks to ensure that VAWA includes protections and services for all victims, regardless of who they are or what their abusers look like. It addresses the unique needs of lesbian, gay, bisexual, transgender and queer (LGBTQ) victims, and those of immigrant victims, foreign brides, and Native women residing on tribal lands. All these populations have, thus far, been denied the full power of VAWA…

Reauthorization of VAWA is imperative. The costs to victims and their families and to society are too large to ignore. Opponents of VAWA are trying to make its renewal part of an ongoing culture war in which the needs of women have been buried in an avalanche of rhetoric that devalues women’s lives in the service of an ideological, partisan agenda. VAWA is the product of an era of bipartisan cooperation in which combating violence against women was a consensus position. That cooperation must be restored — women’s lives depend on it.

I guess “Why do Republicans hate women?” is no longer a rhetorical question; but, one that demands answers at the most elemental level.

Their fear and hatred extends beyond the minorities they already would deny any civil rights to. RTFA and reflect upon the statistics – especially the record set by the second term Bush-Cheney cabal when U.S. attorneys declined to prosecute 67 percent of sexual abuse and related matters that occurred in Indian country.

Perish the thought you may be one of those rare Americans who doesn’t have every process of federal law memorized; but, you have to know that because each of the Native American nations and tribes is sovereign, state and city police have next to no authority within their boundaries. There are tribal police – and there is the FBI. There is money raised within each nation – and there is money still dribbling out of the coffers of the US Treasury. Not enough to ever worry anyone about adequate compensation for what has been stolen by white settlers – and no US government has ever or will ever consider complete restoration or compensation. But, programs like this one – completely unaffordable by most First Nations – require federal funding. One nation to another that happens to reside within “our” borders.

For some people, buying an electric car is a long-time dream. For others, the excitement comes simply from driving one and not having to worry about the hassles of vehicle ownership. Turns out, there are at least 6,000 such people in San Diego, CA, where Daimler’s easy-access car-sharing program, Car2go, reported that many users in the program’s first 100 days. Car2go is also happy to note that the 300 Smart Fortwo Electric Drive models that are in use there now means that, “for the first time in the history of North America, an entire city has access to emissions-free automobility.”

Car2go started operationg in San Diego in November of 2011 and more than 25,000 all-electric trips have been taken thus far. At the beginning, around 500 rentals were happening each week. Now, it’s up to 3,500…

The press release is a little dry – but, it’s an interesting read on where the project is coming from and where it’s going.