A giant “UFO fragment” has fallen from the sky near a remote village in Siberia, Russian media have reported.

The U-shaped object, resembling a silvery dome, is currently under inspection by Russian experts, after being covertly removed under cover of night from the possession of villagers who found it.

After discovering the device on Sunday, locals from the village of Otradnesnky had managed to drag the “UFO fragment” from the thick forest where it had fallen. They attached it onto a trailer and took it through the snow to their village, where local inspectors then examined it before alerting Moscow authorities.

In an official statement, Sergey Bobrov, who found the object, agreed to keep it safe.

But following their stealthy removal of the 200-kilogram metal fragment, police have it under close guard, on orders from unnamed authorities…

“The object found is not related to space technology. A final conclusion can be made after a detailed study of the object by experts,” said Roscosmos, the Russian space agency.

RTFA for the details. My guess is someone found Boris Badinov’s ilegal vodka still.

Although strange things seem to fall out of the sky in Siberia almost as often as they do in Roswell.

A thief forced to apologise to his victim for stealing his laptop under a restorative justice programme — stole the man’s replacement computer during the visit.

Months earlier Ivan Barker, 21, had stolen a laptop and cigarettes from wheelchair-bound Jean Jacque Mathely. So when he called round to say “sorry” his victim was naturally guarded, but let him in after he said police suggested he should face up to his offending…

“They had a conversation, and the injured party went to the toilet. He then heard the defendant shout that he was leaving.

“When Mr Mathley went back into the living room he noticed the drawer on his computer desk was open and his laptop was missing. The defendant had also taken two 100 packs of cigarettes.”

The court heard Mr Mathely had only just bought the computer for £200 to replace the first one Barker had taken three months before.

When he was arrested, Barker told police he had genuinely gone to the house to apologise, but while he was there “started stressing” and needed a drink. He said he took the computer and sold it for £30. Barker pleaded guilty to theft.

Gary Corbett, mitigating, said: “The defendant had been drinking to excess and taking cocaine before he went to the address. This was an opportunistic offence, he didn’t go there with the intention to steal these items…”

Magistrates sentenced Barker, of no fixed address, to 16 weeks in prison.

Our lame judges in New Mexico have a habit when dealing when repeat offenders of ruling them incompetent to stand trial – when they’re as screwed up as Mr. Barker. Then, they release them on their own recognizance because [1] there aren’t any programs to warehouse them in to rehab for whichever addiction is their excuse — and [2] they’re “not a danger to society”.

I think they should be allowed to move in with the judge in that case.

Undeterred by documentary evidence and repeated judicial rejection, a group of conspiracy theorists who say President Obama was born in Africa have sued the California secretary of state to demand that she verify the eligibility of all presidential candidates before putting them on the November ballot…

The lawsuit filed by Republican primary write-in candidate John Albert Dummett Jr., Markham Robinson of the American Independent Party of California and five others also alludes to “questions concerning the eligibility” of Mitt Romney to vie for the role of commander in chief. The birthers’ lawyer, Gary Kreep of Ramona, said Wednesday that his clients wanted the issue of Romney’s eligibility raised because of his parents’ long residency in Mexico…

The suit asks the court to order California Secretary of State Debra Bowen to verify the eligibility of all candidates before placing their names on state ballots, including those nominated by the two major parties that have traditionally attested to the eligibility of their nominees…

Kreep, who heads a group calling itself the United States Justice Foundation, was also the attorney who brought the 2009 suit against Obama by the Rev. Wiley S. Drake, a Buena Park minister who once called on his First Southern Baptist Church flock to pray for Obama’s death…

There isn’t much in the article that most of us don’t know – including just how crazy these clowns are about conspiracy theories. True to the breed, no judicial response will satisfy their dementia other than acquiescence. That’s a consistency we expect from nutballs.

People who believe in demons and the AntiChrist as politicians can’t be expected to be in touch with reality. Even the corruption and cronyism we hold in contempt is either OK – if it’s sufficiently bigoted and anti-democratic – or a plot constructed by evil spirits and Beelzebub. That their support is considered necessary by an opportunist Republican Party is disgusting and probably worthy only of laughter when we get far enough down the path of history to look back in amazement at these fools. 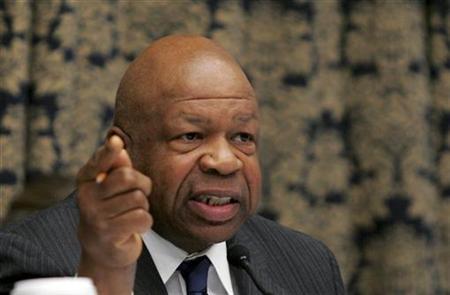 Lawmakers are investigating three shadowy pharmacies in Maryland and North Carolina for diverting critical but scarce drugs from patients to wholesalers, who are then able to resell the medicine at sometimes big markups.

Elijah Cummings, the senior Democrat on the House Committee on Oversight and Government Reform, began a probe in October to discover why certain companies were selling cancer drugs at more than a hundred times their normal cost.

Shortages of hundreds of drugs including cisplatin, a highly effective treatment for testicular cancer, and fluorouracil for colon and other cancers have helped create a lucrative shadow market…

According to preliminary details of Cummings’ investigation, made public on Wednesday, some wholesalers opened their own sham pharmacies to obtain drugs in short supply and re-sell them. One wholesaler increased the price tenfold from the pharmacy cost.

“It’s shocking to the conscience that anyone because of their greed would deny medicines to patients, who are in many instances in critical condition,” Cummings said in an interview. “If it’s not illegal, we need to make it illegal…”

The inquiry found cases of the pharmacy and wholesaler being headed by the same person, or by a husband and wife pair…

Most of the nation’s drug supply passes from manufacturers like Hospira Inc and Teva Pharmaceuticals to three leading wholesalers – AmerisourceBergen Corp, Cardinal Health Inc and McKesson Corp – who distribute them to doctors, hospitals, clinics and pharmacies.

Smaller distributors help fill in the gaps in areas where larger companies may not operate or cannot meet the full demand. In recent years, a new crop of small players has surfaced, as the problem of drug shortages has worsened.

“Any time there’s a severe shortage of some critically needed good, invariably there are going to be folks who seek to exploit that,” said Jay Campbell, executive director of the North Carolina Board of Pharmacy.

The sleaziest of the profiteers they’ve uncovered – so far – was Jessica Hoppe, the president of a drug wholesaler called International Pharmaceuticals. State regulators discovered Hoppe operated the pharmacy from her wholesale office in Durham, North Carolina.

Cripes. How and why would the Federal Trade Commission need new regulations to deal with hustlers like this?

This winning entry in the youth environment section of the Sony world photography awards was taken by a 17-year-old South African, Bernard Pieterse, deep in the Namib desert.