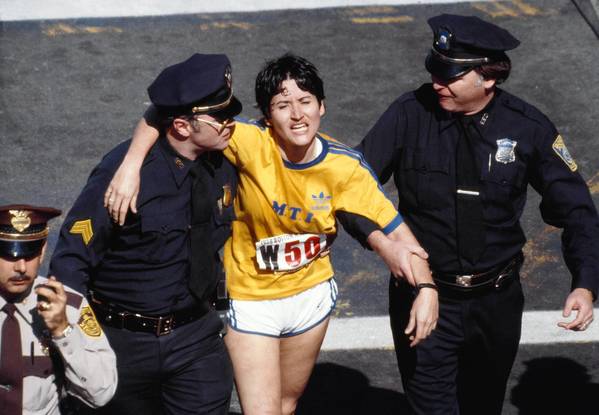 Remember Rosie Ruiz? In 1980 she was the first woman to cross the finish line at the Boston Marathon — except it turned out that she hadn’t actually run most of the race, that she sneaked onto the course around a mile from the end. Ever since, she has symbolized a particular kind of fraud, in which people claim credit for achieving things they have not, in fact, achieved.

This would have been an apt comparison even before the curious story of Mr. Ryan’s own marathon came to light. Still, that’s quite a story, so let’s talk about it first.

It started when Hugh Hewitt, a right-wing talk-radio host, interviewed Mr. Ryan. In that interview, the vice-presidential candidate boasted about his fitness, declaring that he had once run a marathon in less than three hours.

This claim piqued the interest of Runner’s World magazine, which noted that marathon times are recorded — and that it was unable to find any evidence of Mr. Ryan’s accomplishment. It eventually transpired that Mr. Ryan had indeed once run a marathon, but that his time was actually more than four hours…

Paul Ryan when he won the 24 hours of LeMans

For Mr. Ryan, as you may recall, has positioned himself as an icon of truth-telling and fiscal responsibility, while offering policy proposals that are neither honest nor responsible. He calls for huge tax cuts, while proposing specific spending cuts that, while inflicting immense hardship on our most vulnerable citizens, would fall far short of making up for the revenue loss. His claims to reduce the deficit therefore rely on assertions that he would make up for the lost revenue by closing loopholes that he refuses to specify, and achieve further huge spending cuts in ways that he also refuses to specify.

But didn’t the Congressional Budget Office evaluate Mr. Ryan’s plan and conclude that it would indeed reduce the deficit? I’m glad you asked that. You see, the budget office didn’t actually evaluate his plan, because there weren’t enough details. Instead, it let Mr. Ryan specify paths for future spending and revenue, while noting — in what sounds to me like a hint of snark — that “No proposals were specified that would generate that path.”

So Mr. Ryan basically told the budget office to assume that his plan would slash the deficit, then claimed the resulting report as vindication of his deficit-slashing claims. Sorry, but that’s the policy equivalent of sneaking into a marathon near the finish line, then claiming victory…

So what is this election about? To be sure, it’s about different visions of society — about Medicare versus Vouchercare, about preserving the safety net versus destroying it. But it’s also a test of how far politicians can bend the truth. This is surely the first time one of our major parties has run a campaign so completely fraudulent, making claims so at odds with the reality of its policy proposals. But if the Romney/Ryan ticket wins, it won’t be the last.

That’s one of the questions that does pique a bit of fear about the coming election results. That American people are in fact accustomed to being lied to. It’s the foundation of much of our advertising – from imitation Viagra to artificial beauty. Yet, hundreds of thousands of consumers buy sufficient mass quantities of this crap that even when the courts order refunds on the basis of false advertising the sales keep rolling in.

Maybe enough people might assume that even though Romney and Ryan are lying as much as some ab-tightening magic copper infomercial – which also guarantees you’ll have smart children BTW – there might be enough truth in that clot of cowpoop to make them worth trying.

I hope not. Just as ingesting cowpoop will likely kill you, waiting to be fed up with yet another corrupt Republican administration just might produce a whole generation of unemployables.