Economics undergraduates have topped a survey to find which university courses have the most promiscuous students.

It may be known as the dismal science, but it seems that economics has a rather racier side.

Undergraduate economists were found to be the Casanovas of British students in a survey that discovered they had slept with an average of nearly five partners since starting university.

The poll’s results will come as a surprise to some, although tales are told of youthful romantic dalliances by some of Britain’s best-known economics graduates…

The survey by the StudentBeans.com website found that undergraduates studying economics had on average had 4.88 sexual partners since starting university…

Next most promiscuous were students of social work, community care and counselling (4.7 partners on average), marketing (4.57), leisure, hospitality, tourism and retail (4.56) and agriculture (4.44).

Theologians, perhaps with their minds on more spiritual matters, came one from the bottom of the list of 43 subjects with an average of 2.13 sexual partners each.

However, the chastest students were found to be those on environmental science courses, who on average slept with 1.71 partners, only just over a third of the number tallied up by economists.

Now, is this designed to inform prospective students of the distractions they may encounter on entering university — or which major they should choose and why?

Truck accidents usually make a mess on the road, but this truck roll over in the Brazilian town of Manaus made a particularly colorful mess. The truck was carrying about 28,000 pounds of paint when it tipped over…

Egypt’s new president on Wednesday hit out at Israel over its veiled threats to attack Iran’s nuclear facilities and the deadlock in the Middle East peace process.

Without specifically mentioning Israel’s undeclared nuclear arsenal, Morsi said the Middle East “no longer tolerates” any country’s refusal to join the nuclear Non-Proliferation Treaty “especially if this is coupled with irresponsible policies or arbitrary threats.”

“The acceptance by the international community of the principle of pre-emptiveness or the attempt to legitimize it is in itself a serious matter and must be firmly confronted to avoid the prevalence of the law of the jungle,” Morsi said…

Morsi also put the Israel-Palestinian conflict ahead of the Syria war in the list of priorities he laid out before the General Assembly.

“The first issue which the world must exert all its efforts in resolving, on the basis of justice and dignity, is the Palestinian cause,” Morsi said.

He said that UN resolutions on the conflict had not been implemented and that Palestinians “must also taste the fruits of freedom and dignity” that other countries in the Arab region have won in the past year.

“It is shameful that the free world accepts, regardless of the justifications provided, that a member of the international community continues to deny the rights of a nation that has been longing for decades for independence,” Morsi said.

“It is also disgraceful that settlement activities continue on the territories of these people.”

The Palestinians have refused to hold direct talks with Israel for the past two years because of Israel’s refusal to halt settlement activities in the occupied territories.

It’s election time in the United States; so, the mindset of our out-of-date politicians demands statements and a belief that American Jews will vote in a bloc on questions regarding Israel. I don’t think that has been true for decades.

Given that our foreign policy hasn’t strayed from the side of dictatorships, lebensraum for Israel, guaranteed profits for Big Oil since the late 1940’s — I don’t expect principled changes from Congress or the White House anytime soon. Arm-twisting from American citizens is as necessary here as it ever has been for peace and civil rights.

A United Airlines flight to Chicago returned to Raleigh-Durham International Airport shortly after takeoff Wednesday morning, after an altercation broke out between two flight attendants.

Airport police officers determined that no assault had taken place and no blows were exchanged, Hamlin said. They made no arrests…

The two attendants were removed from the plane and replaced with other employees. The flight continued to Chicago O’Hare after a three-hour delay.

A 10-year-old boy admitted Tuesday in Family Court that he robbed and assaulted a Vietnamese immigrant in her Juniata Park home on Aug. 6 in what a judge likened to a “hate crime.”

Then the boy, thin with short-cropped hair and dressed in a long-sleeve white shirt, khakis and sneakers, faced his victim and apologized for “hitting you with rocks and sticks and breaking into your home.”

The victim, Minh Tran, 50, who lives on Luzerne Street near L, said through an interpreter that she accepted the apology.

Assistant District Attorney Andrew Carobus said Tran was sleeping in her small apartment at 3 p.m. when the boy, his 7-year-old brother – who was not arrested and couldn’t be charged under state law because of his age – and an unknown male, 20, entered the premises and beat Tran.

Carobus said Tran was struck on the face and body with a stick, rope, rocks, a plunger and a potted plant. The assailants took $20 from her purse, a bracelet and tokens and left the apartment. A neighbor later found Tran on her knees in her back yard, crying and asking for help.

Dougherty asked the boy why he attacked Tran. The boy said he “didn’t like the lady” and the way she “stared” at him…

“We have a long road to travel,” Dougherty said. “We’re going to find out why you have hate in your heart for someone who doesn’t look like you.”

Anyone born and brought up in the United States truly surprised? Are you astonished that he hates someone who doesn’t look like he thinks an American should appear?

In my neck of the prairie she could be from a nearby Pueblo or Mexican-American or Asian-American – or just plain anyone.

Think he came up with the concept of hating a foreigner all on his own? 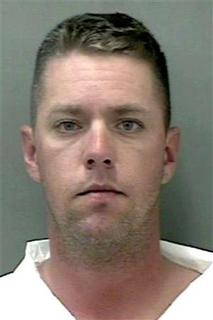 Fort Hood officials released the name of a soldier who was killed Sunday when a fellow soldier shot him in the face accidentally while trying to cure the man of hiccups.

Young had been stationed at Fort Hood since September 2011. His home of record is Ash Grove, Mo.

Police arrested fellow soldier Spc. Patrick Edward Myers, 27, in connection with the shooting. Myers is charged with manslaughter and is currently being held in Bell County Jail with bail set at $1 million.

The shooting happened Sunday night…while the two were watching a football game and drinking alcohol.

Young got the hiccups, and in an attempt to scare him, Myers pointed a handgun at Young’s head. Believing the gun to be loaded with dummy rounds, Myers fired, he later told police.

Young was struck in the eye and died before reaching the hospital.

Some folks really can handle their booze. So they say.