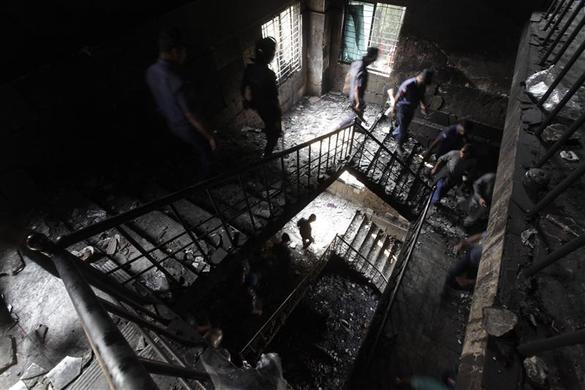 Using online medical resources to diagnose our various aches and pains is just as likely to send someone rushing to the doctor in the belief they have some incurable, life-threatening disease as it is to put any fears to rest. Medical startup Scanadu, which is based at the NASA-Ames Research Center, is set to provide a set of home diagnostic tools that are designed to let users monitor their health over time and provide a better indication of whether a trip to the doc is actually necessary.

While Scanadu continues working on a tricorder-like device capable of capturing key health metrics and diagnosing a set of 15 diseases in an attempt to claim the $10 million Qualcomm Tricorder X Prize, it has just revealed its first three consumer health products that are designed to put a doctor in your pocket…

The first device in the company’s initial product lineup is the Scanadu SCOUT, a palm-sized device designed by Yves Behar that Scanadu says will accurately read a variety of vital signs when held to the temple for a period of under 10 seconds. Data collected by the device is transmitted via Bluetooth to a smartphone, where the Scanadu app will display pulse transit time, pulse rate, electrical heart activity, temperature, heart rate variability and blood oxygenation. The data can also be transmitted to the user’s doctor. The SCOUT is expected to retail for under $150.

Scanadu’s other two products, which also work in conjunction with Scandu’s smartphone app, are designed as low-cost, disposable diagnostic tools.

Turning a smartphone into a urine analysis reader is the ScanaFlo, which is a disposable cartridge that is designed to be sold over the counter. It will test for complications during pregnancy, preeclampisa, gestational diabetes, kidney failure and urinary tract infections. Scanadu also claims it will be the first consumer device to provide a personal “healthfeed” for the duration of a pregnancy.

Also designed as a disposable cartridge, the third and final entry in Scandu’s initial product line is the ScanaFlu. As its name suggests, the ScanFlu is designed to quickly assess cold-like symptoms, with the ability to test saliva for the early detection of Strep A, Influenza A, Influenza B, Adenovirus and RSV.

All three of these devices should be in production and on the way to consumers before the end of 2013. For someone like me – capable of being a world-class hypochondriac – they should be a delight, useful or otherwise. 🙂

Welcome to Las Vegas, where the nation’s loosest gun laws, an aggressive tourism market and weak local economy have triggered a fast moving, powerful trend. Six machine gun shooting ranges have opened here in 2012…They follow several more open since 2010, and more are on the way.

Quintessentially American, risky and bold, this surge has provided a rare glimmer of economic sunshine to Nevada, which has the highest unemployment rate in the US and is still reeling from the 2008 housing crisis. Many of the entrepreneurs behind this trend previously owned businesses in the construction industry in fact; they were big-time gun enthusiasts beforehand too, of course, but the main reason they opened shooting ranges recently, they say, is that the development boom is dead.

And then there’s the strong demand. Lynda Ducas, owner of the Arizona Last Stop restaurant en route to the Grand Canyon, said she had customers regularly asking where they could shoot guns in Las Vegas. So, a few months ago, she made some calls, bought an arsenal of weapons and launched the “Bullets and Burgers Experience”: a day trip to her property that includes a scenic drive through the desert, shooting a .50-caliber sniper rifle, blasting an M249 SAW machine gun, and eating a “world-famous cheeseburger”.

Yet while each range has a unique theme and ambition, they’re all after the same tourists and target them the same way essentially. Nevertheless, there’s room for all of them to thrive, they insist. Demand to shoot assault rifles has never been higher apparently, and this is the perfect place to exploit it because, well, it’s Vegas.

“You’re just looking for thrills when you’re here,” Craig Auringer said after shooting “Osombie” Bin Laden with an M4. A real estate agent vacationing from London with his brother, he added that: “We did the Mario Andretti Indy racing experience yesterday, so we decided to come get our kicks here today.”

I have no idea if the United States really leads the world in lame, damaged self-images and egos. If our massive lead in the consumption of mood-altering drugs is a leading indicator, we’re probably Number One. Isn’t that what it’s all about?

I suppose I understand folks who get off on the violence of guns. I enjoyed hunting in the most primitive sense of a quest for food in the wild – solely. Which is why I never hunted predators. Target ranges were fun and improved my skill. To me, this sort of thrill-seeking is not only unproductive, adds nothing to being a human being – it’s negative, a demented waste of money.

An Indiana financier and former chief executive of National Lampoon convicted of swindling investors out of about $200 million was sentenced Friday to 50 years in prison.

A jury in June found the three men guilty of securities fraud and conspiracy. It also convicted Durham, a major Indiana Republican Party donor who resigned his post at National Lampoon in January, of 10 counts of wire fraud, while Cochran and Snow were convicted on some of those counts.

Prosecutors have said the three stripped Akron, Ohio-based Fair Finance of its assets and used the money to buy mansions, classic cars and other luxury items and to keep another of Durham’s company afloat. The men were convicted of operating an elaborate Ponzi scheme to hide the company’s depleted condition from regulators and investors, many of whom were elderly…

U.S. Attorney Joe Hogsett said none of the three has shown remorse for their crimes and each deserved the life sentence recommended in a probation report.

“Durham has earned a place among the greediest, most selfish and remorseless of criminals,” Hogsett wrote in a sentencing memorandum earlier this week…

Any similarity to Bain Capital and other bastions of bullcrap is strictly coincidental. If you believe.

On Election Day, The Boston Globe reported, Logan International Airport in Boston was running short of parking spaces. Not for cars — for private jets. Big donors were flooding into the city to attend Mitt Romney’s victory party.

They were, it turned out, misinformed about political reality. But the disappointed plutocrats weren’t wrong about who was on their side. This was very much an election pitting the interests of the very rich against those of the middle class and the poor.

And the Obama campaign won largely by disregarding the warnings of squeamish “centrists” and embracing that reality, stressing the class-war aspect of the confrontation. This ensured not only that President Obama won by huge margins among lower-income voters, but that those voters turned out in large numbers, sealing his victory.

The important thing to understand now is that while the election is over, the class war isn’t. The same people who bet big on Mr. Romney, and lost, are now trying to win by stealth — in the name of fiscal responsibility — the ground they failed to gain in an open election…

…Democrats seem to have neutralized the traditional G.O.P. advantage on social issues, so that the election really was a referendum on economic policy. And what voters said, clearly, was no to tax cuts for the rich, no to benefit cuts for the middle class and the poor. So what’s a top-down class warrior to do?

The answer, as I have already suggested, is to rely on stealth — to smuggle in plutocrat-friendly policies under the pretense that they’re just sensible responses to the budget deficit.

Consider, as a prime example, the push to raise the retirement age, the age of eligibility for Medicare, or both. This is only reasonable, we’re told — after all, life expectancy has risen, so shouldn’t we all retire later? In reality, however, it would be a hugely regressive policy change, imposing severe burdens on lower- and middle-income Americans while barely affecting the wealthy. Why? First of all, the increase in life expectancy is concentrated among the affluent; why should janitors have to retire later because lawyers are living longer? Second, both Social Security and Medicare are much more important, relative to income, to less-affluent Americans, so delaying their availability would be a far more severe hit to ordinary families than to the top 1 percent.

The point is that the class war is still on, this time with an added dose of deception…So keep your eyes open as the fiscal game of chicken continues. It’s an uncomfortable but real truth that we are not all in this together; America’s top-down class warriors lost big in the election, but now they’re trying to use the pretense of concern about the deficit to snatch victory from the jaws of defeat. Let’s not let them pull it off.

They must fear their begging bowls will receive naught but porridge instead of prawn sandwiches.