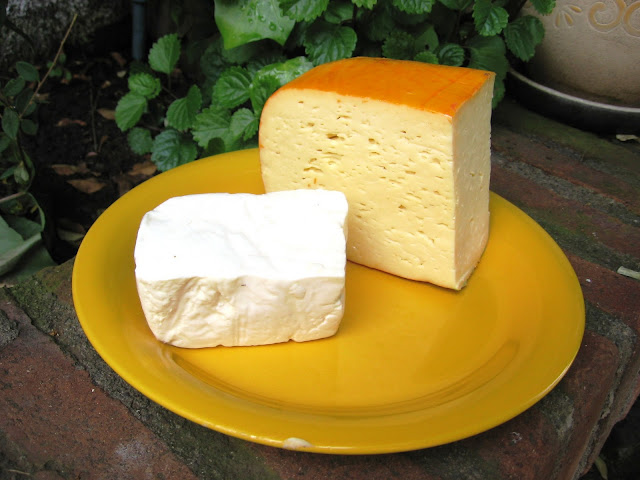 Scientists have reportedly discovered pottery fragments that suggest cheese-making is a much older process than previously thought. The pottery pieces, which have small holes throughout, are thought to be more than 7,000 years old and may have been used to separate curds from whey…

According to an article in the journal Nature, the pottery fragments were discovered along a river in Poland and have been determined to be the oldest piece of evidence of cheese-making ever found. The pieces are expected to help researchers further understand the development of dairy in the ancient world, which had a big impact on human history and culture.

Peter Bogucki, an archaeologist at Princeton University, said the development of dairy, especially cheese, helped the people of Neolithic age get valuable nutrients. Most adults at the time could not eat large amounts of cheese due to lactose intolerance. However, being able to separate the curds from the why solved this problem as most of the lactose remained in the uneaten whey…

A research team led by University of Bristol professor Richard P. Evershed have studied the pottery fragments and determined that they contain milk and fat residues, lending evidence to the cheese theory. Evershed’s team focused on the chemical analysis of ancient pottery to determine what people were eating at the time and how they processed the food.

Previously Evershed’s lab has found milk fats in pottery pieces from Turkey that are more than 8,000 years old. However, this study did not conclusively mean cheese was being made, it could have been butter, yogurt, or another milk product. The new study in Poland is the first to strongly suggest cheese was being made due to the strainer-like appearance of the pots.

Whatever the state of lactose tolerance of the time, it is now certain that ancient people as far back as 7,000 years ago were able to make and sustain on cheese.

Cheese, I love cheese. Delicious, portable, easy to store. And most of the time, the older it gets the better it tastes. 🙂

A northern Indiana man who allegedly threatened to “kill as many people as he could” at an elementary school near his home was arrested by officers who later found 47 guns and ammunition hidden throughout his home.

Von. I. Meyer, 60, of Cedar Lake, was arrested Saturday after prosecutors filed formal charges of felony intimidation, domestic battery and resisting law enforcement against him. He was being held Sunday without bond at the Lake County Jail, pending an initial hearing on the charges…

Meyer also threatened to enter nearby Jane Ball Elementary School “and kill as many people as he could before police could stop him,” the statement said. Meyer’s home is less than 1,000 feet from the school and linked to it by trails and paths through a wooded area, police said.

Police said in the statement that they notified school officials and boosted security at all area schools Friday – the same day 26 people, including 20 students, were shot and killed at an elementary school in Newtown, Conn.

On Saturday, officers served warrants at Meyer’s home and arrested him. The statement said police had learned that Meyer kept many weapons in his older, two-story home and “is a known member of the Invaders Motorcycle Gang.”

Officers searched the home, finding 47 guns and ammunition worth more than $100,000 hidden throughout the home…

Just in case you thought we had any shortage of violent gun nuts.

The Hobbit is a story that has endured for more than seven decades, with children and adults alike drawn into the fantasy realm created by J.R.R Tolkien. Thanks to Peter Jackson, who previously brought The Lord Of The Rings to the big screen, a whole new generation of fans is likely to be created. Reading the book and watching the movies is one thing, but having your own real-life Hobbit Hole in the back garden is quite another … one that’s now possible thanks to Wooden Wonders.

Wooden Wonders is a small family-run business located in the state of Maine. It designs and produces Hobbit Holes to suit a variety of needs. There are currently five product lines – playhouses, chicken coops, sheds, cottages, and saunas – but all follow the basic design of the houses Hobbits live in, according to Tolkien…

Wooden Wonders will customize the design according to individual tastes, with different colors and/or materials, and extra features and functions available. Each model, no matter what its intended use, features a curved roof and round front door. While most of Wooden Wonders’ Hobbit Holes are built above ground, they have built them underground as in Tolkien’s vision of a race of little people residing under the earth. As with the specific design choice, it’s up to the buyer whether they want to build above or below ground.

While the Hobbit Holes that Wooden Wonders currently sells are fairly small, Melissa Pillsbury, who runs the company alongside her husband Rocy, suggests that scaling up wouldn’t be a problem. In fact, they would “jump at the chance to build a replica Bag End for someone.” Not that a Hobbit Holes home would have to be huge to accommodate a family, with Melissa also noting that the design “lends itself very well to small square foot living” … which fits in to the current trend for tiny living quarters we have seen with increasing regularity…

Prices start at $995 and, yes, you can design and build your own. The only curved portions of the structure are the beams-cum-rafters that rise along the interior from ground-level. These often can be purchased in a range of arc from companies selling pre-fab quonset huts.

Know any single women who look forward to being one of the Stepford Wives?

Sara Stevenson spends her working hours surrounded by Republicans, namely the married men who work alongside her in a Denver oil and gas firm company. But after hours and on weekends, she usually spends her time with other single women, and there’s not a Republican in sight among the bunch.

“There was just no way I could have supported any Republican this year,” said Stevenson, 31. “They skew so much to the religious right. … They focused so much on taxes. It’s not something that women in my demographic really care about. I’ve never heard my friends lament their taxes.”

As Republicans dust off their Election Day drubbing last month, their party must confront the reality that the ranks of unmarried women are growing rapidly, and these voters overwhelmingly have backed Democrats for decades.

Women increasingly are graduating from college and joining the workforce, and postponing marriage. From 2000 to 2010, the number of unmarried women increased 18 percent, according to census data.

Republicans have spent the past month tallying up all their demographic weak spots, including with Hispanics and Asian-Americans. But some warn that single women, already one-quarter of the electorate, represent the most serious threat to the party’s viability…

Around the world, as women gain more education and earn more money, they increasingly are delaying marriage, said Stephanie Coontz…director of research for the Council on Contemporary Families. “Nowadays, women don’t feel so driven to get married because they can support themselves,” she said. “A lot of this is driven by women and a combination of lowering payoffs to just marrying any man and rising expectations” of what marriage will bring, she added…

Anyone hear of Republicans lining up for info from the Council on Contemporary Families?

For decades, Conway said, Democrats targeted unmarried women while the GOP dismissed them.

In the Nov. 6 election, President Barack Obama’s campaign targeted this group in a series of direct mail and email pieces featuring the singer Beyonce and activist Lily Ledbetter, whose name was on the first bill Obama signed, making it easier for women to sue over unequal pay…

In a presidential election dominated by debates over women’s health and abortion, unmarried women backed Obama over Republican Mitt Romney by a 67-31 margin. Since 1992, when exit polls began identifying single voters, unmarried women have favored Democrats by similar margins.

TV Talking Heads bring up questions like this as if they expect something more than lip service from Republican “leaders” – whatever that means. Can you think of anyone left in an important position in the Republican Party who gives a rat’s ass about changing his hallowed view of where women fit into country club society? Anyone in the well-paid leadership of the various flavors of Tea Party who care about the role of women other than those assigned by caretakers of the 19th Century?

Sara Reedy was 19 when the man entered the petrol station near Pittsburgh where she was working to pay her way through college and pulled a gun. He emptied the till of its $606.73 takings, assaulted her and fled into the night. But the detective who interviewed Reedy in hospital didn’t believe her, and accused her of stealing the money herself and inventing the story as a cover-up. Although another local woman was attacked not long after in similar fashion, the police didn’t join the dots.

Following further inquiries, Reedy was arrested for theft and false reporting and, pregnant with her first child (by her now ex-husband), thrown in jail. She was subsequently released on bail, but lost her job. More than a year after attacking Reedy, the man struck again, but this time he was caught and confessed to the earlier crime.

When the charges against her were dropped, Reedy sued the police and has now won a marathon legal battle and a $1.5 million settlement against the detective who turned her from victim into accused. The payment was agreed earlier this year, but can be revealed only now because of a non-disclosure clause that was part of the settlement.

Now 27, Reedy talked exclusively to the Observer to announce the settlement and speak out about how she hopes her vindication will change the way the police investigate rape. “I’m relieved that people will be able to see now that I was telling the truth,” she said. “Although mine is an extreme case, I’m not the first – and I won’t be the last.”

Reedy’s story is dramatic, but it comes against a backdrop of problems across the US, with accounts of police ignoring or neglecting rape reports, while bullying victims and scrutinising their behaviour rather than the suspect’s.

“There is a national crisis,” said Carol Tracy, of the Women’s Law Project, an advocacy group in Philadelphia. “We’re witnessing the chronic and systemic failure of law enforcement to properly investigate crimes of sexual violence…”

Reedy’s victory has gone down in legal history. During her battle she testified in Congress, and this helped persuade the federal government this year to change the definition of rape to include forced oral sex and the rape of men.

RTFA for the story of a brave woman who wouldn’t give up until she cleared her name and forced the government that backed a corrupt cop to begin to compensate her for the pain they caused.

I don’t know if the money is sufficient – and the so-called detective who declared she was a thief instead of a victim still has his job. But, her courage fighting for herself and others who face the same brutal treatment by incompetents is worth praise.