Oakland A’s Coco Crisp gets a pie in the face and the Gatorade treatment after he singled in the winning run in the bottom of the 9th of game four of the American League Divisional Series against the Detroit Tigers at the Oakland Coliseum in Oakland, California on October 10, 2012. The A’s scored three times in the 9th to beat Detroit 4-3. 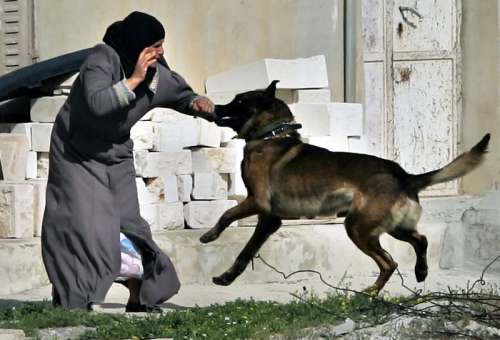 Political movements that depend on broad popular support but are driven by extremists can eventually become self-destructive — a lesson the Republican Party learned at great cost in November, and which the gun-rights lobby may be about to learn in the wake of the latest school shooting.

There is also a lesson here for American Jewish leaders, who increasingly tremble in the face of a small minority of zealots, whose vision of Israel’s future diverges from that of the majority of American Jews and clashes with core American values of freedom and democracy.

Such extremism is once again on display as the pro-Israel right, including groups like the Emergency Committee for Israel, mounts a furious campaign against the potential nomination of the former Republican senator Chuck Hagel to be secretary of defense.

Fifteen years ago, Mr. Hagel — whose sins include advocating dialogue to thwart Iran’s nuclear ambitions and suggesting that many on Capitol Hill are afraid of the “Jewish lobby” — would have been deemed someone Israel’s supporters in Washington could work with.

Today mainstream Jewish groups, including the Anti-Defamation League and the American Jewish Committee, are either silent about the mounting controversy or offering cautious support for those who want to kill Mr. Hagel’s nomination. They have been driven into silence and submission by a radical fringe that in no way represents the American Jewish mainstream.

END_OF_DOCUMENT_TOKEN_TO_BE_REPLACED

Feels natural – sharing affection with puppies of all species.

The Departments of Justice and Treasury are pretending that criminally prosecuting criminal banksters will destabilize the economy. The exact opposite is true.

Failing to prosecute criminal fraud has been destabilizing the economy since at least 2007 … and will cause huge crashes in the future. After all, the main driver of economic growth is a strong rule of law.

Nobel prize winning economist Joseph Stiglitz says that we have to prosecute fraud or else the economy won’t recover:

The legal system is supposed to be the codification of our norms and beliefs, things that we need to make our system work. If the legal system is seen as exploitative, then confidence in our whole system starts eroding. And that’s really the problem that’s going

I think we ought to go do what we did in the S&L [crisis] and actually put many of these guys in prison. Absolutely. These are not just white-collar crimes or little accidents. There were victims. That’s the point. There were victims all over the

Economists focus on the whole notion of incentives. People have an incentive sometimes to behave badly, because they can make more money if they can cheat. If our economic system is going to work then we have to make sure that what they gain when they cheat is offset by a system of penalties…

In 2004, the FBI warned publicly of “an epidemic of mortgage fraud.” But the government did nothing, and less than nothing, delivering instead low interest rates, deregulation and clear signals that laws would not be enforced. The signals were not subtle: on one occasion the director of the Office of Thrift Supervision came to a conference with copies of the Federal Register and a chainsaw. There followed every manner of scheme to fleece the unsuspecting ….

This was fraud, perpetrated in the first instance by the government on the population, and by the rich on the poor…

The bottom line is that the government has it exactly backwards. By failing to prosecute criminal fraud, the government is destabilizing the economy … and ensuring future crashes…

Indeed, the government has done everything it can to cover up fraud, and has been actively encouraging criminal fraud and attacking those trying to blow the whistle.

RTFA. I’ve posted only a portion of this analysis, this plea for law and order, this plea for honesty on the part of a government which so far has refused to uphold the laws of this land.

American director James Balog filmed the largest iceberg break-up ever seen. The video shows approximately 7.4 cubic kilometres of ice separating from Greenland’s Illulissat glacier into the open seas – an event the director compares to watching ‘Manhattan breaking apart in front of your eyes.