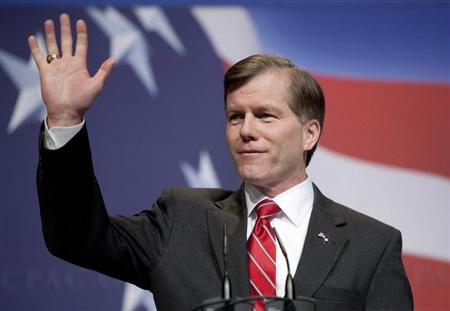 Virginia Governor Bob McDonnell and his wife used taxpayer money to pay for sunscreen and dog vitamins, the Washington Post reported on Monday, a disclosure that comes as the Republican leader is said to be under scrutiny by the FBI.

The newspaper, citing spending records it obtained under the Freedom of Information Act, also said the McDonnells used state employees to run personal errands for their adult children and billed the state for deodorant, shoe repairs and a digestive system “detox cleanse.”

The Washington Post has previously reported that McDonnell, who has been mentioned as a possible presidential contender in 2016, was under investigation by the FBI and a grand jury over a $15,000 catering bill from his daughter’s wedding in 2011 that was paid for by a campaign donor…

The governor has acknowledged that he stayed at the Roanoke, Virginia, home of the campaign donor, Jonnie Williams, and drove Williams’ Ferrari sports car back to Richmond.

Williams is the chief executive of Star Scientific Inc, a nutritional supplements maker in the Richmond area.

According to the Washington Post, the FBI is looking into whether the governor’s office helped advance the business interests of Williams in exchange for the gifts…

You have to love Republican family values – as practiced. The same hypocrites who prate all through election cycles about honesty and old-fashioned virtue – once they get into office the regal greed they foreswear takes priority in every aspect of their lives.