When contemplating the euphemisms that have slipped into the lexicon since 9/11, the adjective Orwellian is difficult to avoid. But while such terms as extraordinary rendition, targeted killing and enhanced interrogation are universally known, and their true meanings – kidnap, assassination, torture – widely understood, the disposition matrix has not yet gained such traction.

Since the Obama administration largely shut down the CIA’s rendition programme, choosing instead to dispose of its enemies in drone attacks, those individuals who are being nominated for killing have been discussed at a weekly counter-terrorism meeting at the White House situation room that has become known as Terror Tuesday. Barack Obama, in the chair and wishing to be seen as a restraining influence, agrees the final schedule of names. Once details of these meetings began to emerge it was not long before the media began talking of “kill lists”. More double-speak was required, it seemed, and before long the term disposition matrix was born.

In truth, the matrix is more than a mere euphemism for a kill list, or even a capture-or-kill list. It is a sophisticated grid, mounted upon a database that is said to have been more than two years in the development, containing biographies of individuals believed to pose a threat to US interests, and their known or suspected locations, as well as a range of options for their disposal.

It is a grid, however, that both blurs and expands the boundaries that human rights law and the law of war place upon acts of abduction or targeted killing. There have been claims that people’s names have been entered into it with little or no evidence. And it appears that it will be with us for many years to come…

The term entered the public domain following a briefing given to the Washington Post before last year’s presidential election. “We had a disposition problem,” one former counter-terrorism official involved in the development of the Matrix told the Post. Expanding on the nature of that problem, a second administration official added that while “we’re not going to end up in 10 years in a world of everybody holding hands and saying ‘we love America'”, there needed to be a recognition that “we can’t possibly kill everyone who wants to harm us“.

Drawing upon legal advice that has remained largely secret, senior officials at the US Counter-Terrorism Center designed a grid that incorporated the existing kill lists of the CIA and the US military’s special forces, but which also offered some new rules and restraints…

Orwell once wrote about political language being “designed to make lies sound truthful and murder respectable”. As far as the White House is concerned, however, the term disposition matrix describes a continually evolving blueprint not for murder, but for a defence against a threat that continues to change shape and seek out new havens…

And while Obama says he wants to curtail the drone programme, his officials have been briefing journalists that they believe the operations are likely to continue for another decade, at least. Given al-Qaida’s resilience and ability to spread, they say, no clear end is in sight.

The article deals both with Obama’s Kill List, American governmental decisions about who lives and who dies under a Papier-mâché wrapper of legalness – and the British government’s partaking which devolves into identifying terrorists, proto-terrorists, when law gets in the way in the UK, moving them physically over to Obama’s kill list. They wash their hands of responsibility after that.

Either road, the Orwellian aspect of our government murdering people in the name of our security, killing them without a trial under either military or civilian circumstances is beyond treaties, international accord – or common decency as supposedly practiced by the American nation in time of war.

Obama’s decisions continue to stink on ice. As do the phony premises adopted by the battalions of digital storm troopers that do his bidding. 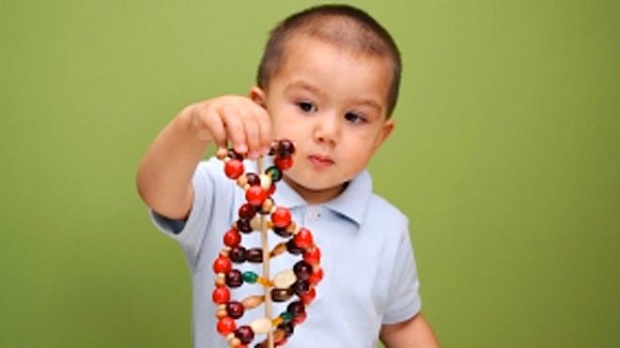 For most people, a promise is a reason to expect something, a well-founded hope without hype. And it is a promise in this sense that connects science to society: the public trusts that scientific and technological advancement are the keys to navigating the uncertain road to a better world, in which future generations can live longer, healthier, and happier lives.

This promise originated almost 400 years ago, with the institutionalization of modern science. After discovering that mathematics could be applied to understanding the physical world, a small group of natural philosophers turned toward experimental empiricism with practical objectives. Spearheaded by this minority, the scientific revolution swept through Europe and, later, spread to the rest of the world…

While many of science’s promises have been fulfilled – notably, the dramatic extension of the human lifespan and of leisure time – many others have been only partly achieved, or not at all. And yet society’s trust in science has not wavered. While specific objectives have changed, the overarching belief that scientific knowledge transforms people’s lives – as cultural, educational, and institutional factors converge with technological and industrial dynamics – has remained strong.

Obviously, Ms. Nowotny only addresses her own neighborhood. That populated by well educated, reasonable citizens who neither rely on priest or shaman to formulate ethics for them.

Today, genetics is the leading source of scientific promise. Since James D. Watson and Francis Crick uncovered DNA’s structure in 1953, a massive amount of available genetic data has been identified, and novel forms of scientific organization and modes of working have emerged. As a result, genetics has brought science to the brink of a new era of enlightenment, in which individuals are understood in terms of the relationships among their unique genomic data.

END_OF_DOCUMENT_TOKEN_TO_BE_REPLACED

A Brazilian man has died after a 1.5 tonne cow crashed through his roof as he slept in bed with his wife.

Joao Maria de Souza, 45, was killed by the animal, which narrowly missed his wife, as he slept at his home in the town of Caratinga on Wednesday.

A police officer, who spoke on condition of anonymity, said the animal, which was grazing on a hill behind the small house, stepped onto the thin corrugated asbestos roof causing it to immediately give way. The officer said Souza died of internal bleeding at a nearby hospital…

Press reports have also claimed this is the third such incident in the region in just three years – in both previous incident there were no casualties.

How about making it more difficult for cows to step from a hillside onto your roof, eh?

Capping decades of research, two groups of plant breeders and geneticists appear to have arrived independently within reach of the same arboreal holy grail: creating an American chestnut tree that can, at long last, withstand the devastating fungus blight that wiped the trees out by the billions in the first half of the 20th century.

On 30 steeply sloped acres here in rural Pennsylvania, a thousand potentially blight-resistant chestnut seedlings are sprouting with thousands of other hardwoods planted in May by the American Chestnut Foundation, a nonprofit group in Asheville, N.C., dedicated to the tree’s restoration.

The seedlings, Chinese-American hybrids, are among 14,000 chestnut trees being set atop reclaimed Appalachian strip mines through the end of 2014. The deployment, by far the largest to date, is seen as a crucial test of the tree’s ability to go it alone in wild forests full of predators and other species of trees competing for sunlight and nutrients.

At the same time, scientists at the State University of New York at Syracuse are readying new trials of an entirely different chestnut — not a hybrid, but one that has been modified with a gene from wheat that enables it to produce a blight-fighting enzyme.

That tree has also performed well in early tests. With approval of the federal Agriculture Department, researchers hope to begin a controlled field trial at a different reclaimed mine site as early as this autumn, in part to test the tree’s adaptability to harsh soils.

Placing genetically modified chestnut trees in the wild would require federal approval; for now, the altered chestnuts can be raised only in orchards and other places where there is no potential for their pollen to fertilize other trees.

“If in the field they look good, which we’ll find out about two years from now, those trees will be prime to be regulated,” William A. Powell, a professor and forest biotechnologist at the university’s College of Environmental Science and Forestry, said in an interview. That, he said, would mean that petitions could be filed to lift federal restrictions on where they could be planted.

Success by either group would be the first victory in a battle that has lasted decades to restore the chestnut to its status as an icon in American forests, and American culture.

Amazing and delightful that both groups of researchers appear to be on the way to success. Hopefully, if both succeed, the Feds will have sufficient brains to allow both strains to go forth.

I lived abroad on streets lined with chestnuts. I’ve lived in New England where old farms still had post-and-beam barns of chestnut. It’s a wonderful structural and decorative wood as well as a living tree. I hope one or both of these efforts succeed.