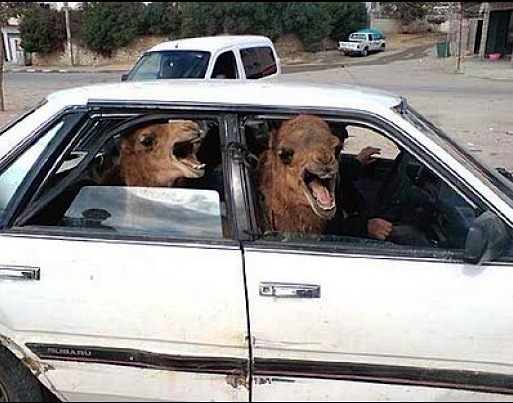 No arrests were necessary

Police in Sweden said a man who called to report a herd of camels crossing a road assured officers that he was sober.

“When the motorist called us, he began by saying he was sober,” Jonkoping police duty Officer Anneli Johnsson Hammo told the Smalands-Tidningen newspaper.

Hammo said the driver determined the camels escaped from a nearby traveling circus and alerted staff.

The camels were cleared from the road by circus workers and the driver was able to continue on his way.

Then, he stopped for a drink or two.