Boston Dynamics, the company behind DARPA’s most advanced legged robots such as PETMAN, BigDog, and Atlas, has unveiled the free-roaming version of their sprinting robot Cheetah. The new robot is called WildCat, and it’s already galloping at speeds up to 16 mph on flat ground.

Boston Dynamics is participating in DARPA’s Maximum Mobility and Manipulation (M3) program, which seeks to build robot systems that can move quickly in natural environments. To that end, it first developed a prototype called Cheetah that broke all speed records for legged robots last year. Cheetah was capable or reaching 28 mph (45 km/h), but it was tethered to an external power source and had the benefit of running on a smooth treadmill while being partially balanced by a boom arm. At the time, Boston Dynamics said it was working towards a free-running version of the robot, but it wasn’t until a few hours ago that they finally blew the lid on it.

WildCat not only gallops, but can bound and turn circles as well. And, when it loses its footing during the demonstration and nearly flips over, it comes to rest with all four feet on the ground not much worse for wear. Being that this is still fairly early in its development, the quadruped’s powerful motors don’t so much purr as scream, but as we’ve seen with Boston Dynamics’ other robots they can dampen the noise later. For now, its work is focused on getting the robot up to speed.

Dig it. They haven’t worked hard at any level of miniaturization either – as far as I can see. Going to be an awesome critter, someday.

…How does one party that has lost two presidential elections and a Supreme Court case – as well as two Senate elections – think it has the right to shut down the entire government and destroy the full faith and credit of the United States Treasury to get its way on universal healthcare now? I see no quid pro quo even. Just pure blackmail, resting on understandable and predictable public concern whenever a major reform is enacted. But what has to be resisted is any idea that this is government or politics as usual. It is an attack on the governance and the constitutional order of the United States.

When ideologies become as calcified, as cocooned and as extremist as those galvanizing the GOP, the American system of government cannot work. But I fear this nullification of the last two elections is a deliberate attempt to ensure that the American system of government as we have known it cannot work. It cannot, must not work, in the mindset of these radicals, because they simply do not accept the legitimacy of a President and Congress of the opposing party. The GOP does not regard the president as merely wrong – but as illegitimate. Not misguided – illegitimate. This is not about ending Obamacare as such (although that is a preliminary scalp); it is about nullifying this presidency, the way the GOP attempted to nullify the last Democratic presidency by impeachment.

Except this time, of course, we cannot deny that race too is an added factor to the fathomless sense of entitlement felt among the GOP far right. You saw it in birtherism; in the Southern GOP’s constant outrageous claims of Obama’s alleged treason and alliance with Islamist enemies; in providing zero votes for a stimulus that was the only thing that prevented a global depression of far worse proportions; in the endless race-baiting from Fox News and the talk radio right. And in this racially-charged atmosphere, providing access to private healthcare insurance to the working poor is obviously the point of no return…

I regard this development as one of the more insidious and anti-constitutional acts of racist vandalism against the American republic in my adult lifetime. Those who keep talking as if there are two sides to this, when there are not, are as much a part of the vandalism as Ted Cruz. Obama has played punctiliously by the constitutional rules – two elections, one court case – while the GOP has decided that the rules are for dummies and suckers, and throws over the board game as soon as it looks as if it is going to lose by the rules as they have always applied.

…If we cave to their madness, we may unravel our system of government, something one might have thought conservatives would have opposed. Except these people are not conservatives. They’re vandals.

This time, the elephant must go down. And if possible, it must be so wounded it does not get up for a long time to come.

I agree. Too much work getting in winter’s firewood to spend on elaboration of my own. But, Andrew Sullivan says it well enough for now.

The silliness of TV Talking Heads blathering about middle ground and negotiations are as ignorant as ever. When half the proposed negotiations is illegal and refutation of our constitutional rights to democracy – the topic is moot. Ended. As over as Romney’s career as a national politician.

A Missouri woman who left a loaded rifle in her toddler’s crib has received a suspended sentence, officials said. Cheryl Darlene Dudley, 37, of St. Peters, pleaded guilty to eight counts of child endangerment…

St. Peters police were called to Dudley’s home in July after a witness reported seeing Dudley’s 22-month-old daughter tied to the garage with a rope.

While investigating the incident, police found drugs a dresser drawer within reach of the toddler and Dudley’s 7-year-old son.

Dudley told the police that she put the rifle in the crib because she heard noises in her back yard and hadn’t put it away yet.

Dudley’s daughter also had flea bites and appeared to have been scratched by a dog. Five dogs were seized from Dudley’s home during the investigation.

Circuit Judge Nancy Schneider sentenced Dudley to five years of probation, during which she must meet 17 requirements, including mental health counseling, prosecutors said.

If Dudley does not meet the requirements, she will be forced to serve a 10-year prison sentence.

Who has custody of the kids? I read several articles – all pretty much the same as the original in the St.Louis POST-DISPATCH. Nothing about the kids life after mom’s release into probation. 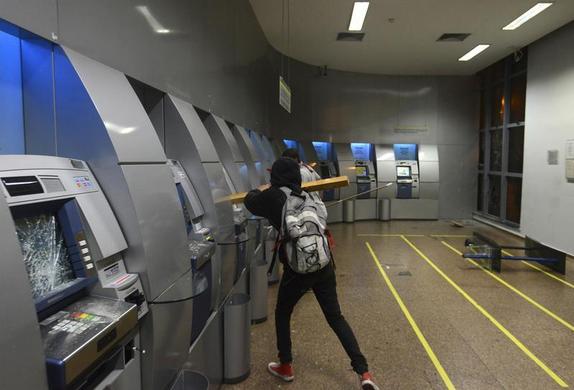