China’s lunar probe Chang’e-3, with the country’s first moon rover onboard, successfully landed on the moon on Saturday night, marking the first time that China has sent a spacecraft to soft land on the surface of an extraterrestrial body.

The lunar probe began to carry out soft-landing on the moon at 9 p.m. Saturday and touched down in Sinus Iridum, or the Bay of Rainbows, 11 minutes later, according to Beijing Aerospace Control Center.

During the process, the probe decelerated from 15 km above the moon, stayed hovering at 100 meters from the lunar surface to use sensors to assess the landing area to avoid obstacles and locate the final landing spot, and descended slowly onto the surface.

The success made China the third country, after the United States and the Soviet Union, to soft-land on the moon…

Yutu’s tasks include surveying the moon’s geological structure and surface substances and looking for natural resources. The lander will operate there for one year while the rover will be there for three months.

Chang’e-3 is part of the second phase of China’s lunar program, which includes orbiting, landing and returning to the Earth. It follows the success of the Chang’e-1 and Chang’e-2 missions in 2007 and 2010.

The successful landing shows China has the ability of in-situ exploration on an extraterrestrial body, said Sun Huixian, deputy engineer-in-chief in charge of the second phase of China’s lunar program…

Chang’e-3 is the world’s first soft-landing of a probe on the moon in nearly four decades. The last such soft-landing was carried out by the Soviet Union in 1976…

For an ancient civilization like China, landing on the moon embodies another meaning. The moon, a main source for inspiration, is one of the most important themes in Chinese literature and ancient Chinese myths, including that about Chang’e, a lady who took her pet “Yutu” to fly toward the moon, where she became a goddess.

“Though people have discovered that the moon is bleached and desolate, it doesn’t change its splendid role in Chinese traditional culture,” said Zhang Yiwu, a professor with Peking University.

“Apart from scientific exploration, the lunar probe is a response to China’s traditional culture and imagination. China’s lunar program will proceed with the beautiful legends,” Zhang said.

Bravo! The space geeks in my extended family have always preferred the concept of eventually building a moonbase instead of the International Space Station. Since that is the plan of China’s combined space agency, we’ll get a chance to see if we were as farsighted as we absolutely think we are. 🙂 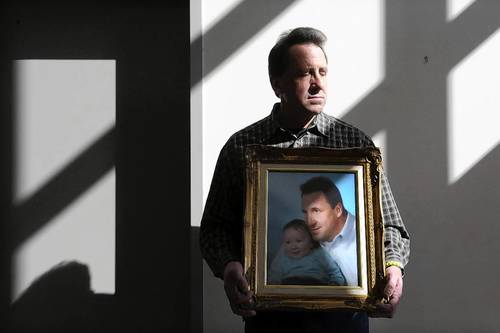 I’m Neil Heslin, a MoveOn member in Newtown, CT, and I started a petition to Stephen Feinberg, CEO of Cerberus Capital Management, which says:

Cerberus: Stop profiting from murder and divest from the maker of the Sandy Hook massacre gun. Uphold the promise you made one year ago and sell Freedom Group.

My son, Jesse, was in first grade—just six years old—when he was killed December 14, 2012 at Sandy Hook Elementary School.

The gun used to kill my son and 19 other children that bright December morning was a Bushmaster XM-15, a civilian version of a military weapon. This gun is a profit center of Freedom Group, which makes Bushmaster and other brands of assault rifles. Cerberus Capital Management owns 94% of Freedom Group and collects the tainted profits.

One year ago, Cerberus made a promise to sell its interests in Bushmaster. But now Cerberus executives are dragging their feet instead of honoring their promise, quietly trying to keep profiting off the assault weapon that killed my son. On September 24th, I went to the company’s headquarters in New York to remind the executives about the promise they made, but they ignored my request for a meeting.

I ask Cerberus again to cleanse itself of this blood money and uphold its promise to sell off its interests in Freedom Group and Bushmaster, not just in memory of my son, but in the hope of saving lives.

Please join me to make it possible to hold Cerberus accountable. Remember Jesse and sign this petition.

Click here to add your name to this petition, and then pass it along to your friends.

As a lifelong gun owner, though no longer a hunter – part of becoming an old fart – there is no need for an AR15/XM15 excepting as a crutch for John Wayne wannabes.

Regardless, sensible background checks for all gun purchases are no more demanding in a civilized society than getting a license for driving. Most NRA members agree with that. The overwhelming number of American citizens agree with that. Political paranoids should be left to themselves.

A vending machine, brought inland by the tsunami, is seen in an abandoned rice field inside the exclusion zone at the coastal area near Minamisoma in Fukushima prefecture, Japan.

From the series Pictures of the Year: Environment

Scientists in Australia have reported the discovery of huge freshwater reserves preserved in aquifers under the world’s oceans. The water has remained shielded from seawater thanks to the accumulation of a protective layer of sediment and clay. And it’s not a local phenomenon. Such reserves are to be found under continental shelves off Australia, China, North America and South Africa.

The discovery was made by researchers at the National Centre for Groundwater Research and Training (NCGRT) and the School of the Environment at Flinders University. The scientists estimate there is around half a million cubic kilometers of what they describe as “low salinity” water, which means it could be processed into fresh, potable water economically.

The reserves formed when ocean levels were lower and rainwater made its way into the ground in land areas that were not covered until the ice caps melted 20,000 years ago, causing sea levels to rise…

To access these non-renewable water reserves, it would be necessary to drill into the seabed from man-made, offshore platforms or from the mainland or nearby islands. Despite the high costs involved, the water would require less energy to desalinate than it does to desalinate sea water, although a careful assessment of the economics, sustainability and environmental impact of the exploration of such water reserves would be necessary.

Our history as a species is characterized by the quest for scarce goods. When these are the stuff of life – rather than baubles for princes, pundits and priests – conflict often is the result. One must hope that when technology is sufficiently advanced for economic access to these reserves our politics and ethics are equal to humane distribution.