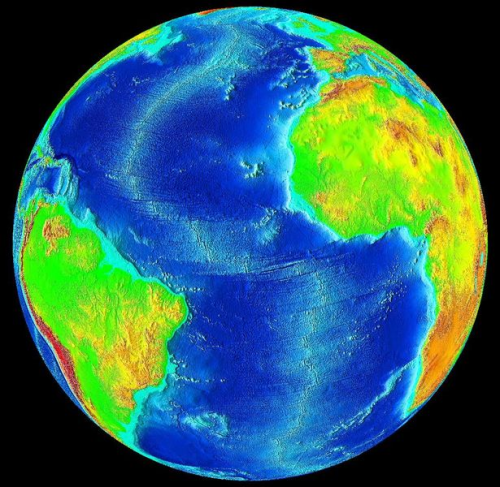 Scientists in Australia have reported the discovery of huge freshwater reserves preserved in aquifers under the world’s oceans. The water has remained shielded from seawater thanks to the accumulation of a protective layer of sediment and clay. And it’s not a local phenomenon. Such reserves are to be found under continental shelves off Australia, China, North America and South Africa.

The discovery was made by researchers at the National Centre for Groundwater Research and Training (NCGRT) and the School of the Environment at Flinders University. The scientists estimate there is around half a million cubic kilometers of what they describe as “low salinity” water, which means it could be processed into fresh, potable water economically.

The reserves formed when ocean levels were lower and rainwater made its way into the ground in land areas that were not covered until the ice caps melted 20,000 years ago, causing sea levels to rise…

To access these non-renewable water reserves, it would be necessary to drill into the seabed from man-made, offshore platforms or from the mainland or nearby islands. Despite the high costs involved, the water would require less energy to desalinate than it does to desalinate sea water, although a careful assessment of the economics, sustainability and environmental impact of the exploration of such water reserves would be necessary.

Our history as a species is characterized by the quest for scarce goods. When these are the stuff of life – rather than baubles for princes, pundits and priests – conflict often is the result. One must hope that when technology is sufficiently advanced for economic access to these reserves our politics and ethics are equal to humane distribution.