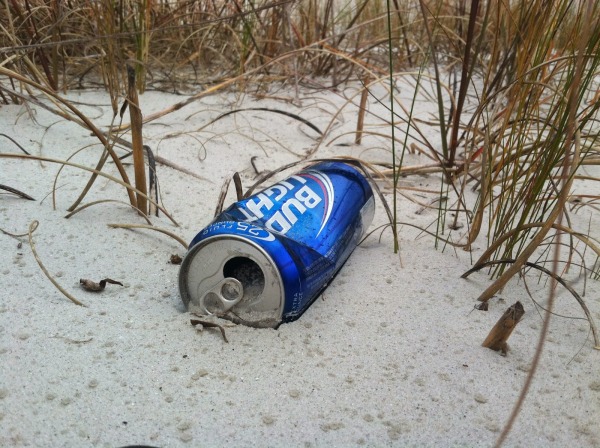 Authorities in Florida said a sobriety test on a driver turned strange when the man told them he had “someone in the trunk.”

Florida Fish and Wildlife Conservation Commission officers said they stopped a vehicle at John U. Lloyd Beach State Park in Hollywood and the driver had an open beer container in the car and the smell of alcohol on his breath…

The officers said they were starting the process of a sobriety test when the driver made a bizarre confession: “I don’t want to freak you out, but I have someone in the trunk.”

The man was handcuffed and officers opened the trunk, where they discovered a man. The two men told officers the man in the trunk had left his court-ordered community service job at the park to go drinking and he was trying to sneak back in so he could sign out and get credit for the hours he skipped.

The driver was arrested on an outstanding warrant and the man in the trunk was cited for allowing an unlicensed driver to operate his vehicle. Both men were taken to the Broward County jail.

Phew! It’s a sign of the times that we always seem to think of something worse!