Marijuana advocates said the smooth rollout of legalized recreational pot smoking in Colorado could serve as a model for the country.

Some critics predicted in advance of Wednesday’s opening day there would be long lines of unruly customers fighting over a scant supply of pot at newly opened recreational marijuana stores, but advocates and those opposed agreed nothing of the sort took place.

Crediting a cooperative spirit that brought together marijuana industry leaders, police, elected officials and bureaucrats tasked with overseeing the rollout, those involved celebrated a problem-free start to recreational marijuana sales…

Among the outreach efforts the two sides undertook together were 50,000 flyers handed out Wednesday at pot shops, encouraging responsible use of the drug — including refraining from driving under the influence, restricting use to those 21 and older and not carrying marijuana across state lines.

In Massachusetts, for example, pro-pot activists applauded Colorado — and argued it could serve as a model for their state.

“The essence of what’s happening is that people are getting educated,” said William Downing, treasurer of the pro-marijuana group Bay State Repeal. “People are learning. The rest of the nation is finding out that they have been lied to about cannabis by their government for many decades.”

Hypocrites are winding up to get ready to block anything approaching reason and law about pot use – and maybe even taxation. The leading example I’ve seen so far here in New Mexico has been in a response to Democrat Jerry Ortiz y Pino introducing a bill for legalized consumption similar to that beyond our northern border in Colorado.

The first conservative I saw interviewed on TV said, “collecting taxes and funding needs for the state isn’t sufficient reason to legalize marijuana” – I remember seeing the same dude on the tube touting his support for the legislation that legalized the state lottery which is taxed to provide college scholarships.

Frankly, we have sufficient cowards in the Roundhouse to keep any bill decriminalizing pot from even getting a vote on the floor of the legislature – much less bringing it to a state referendum. 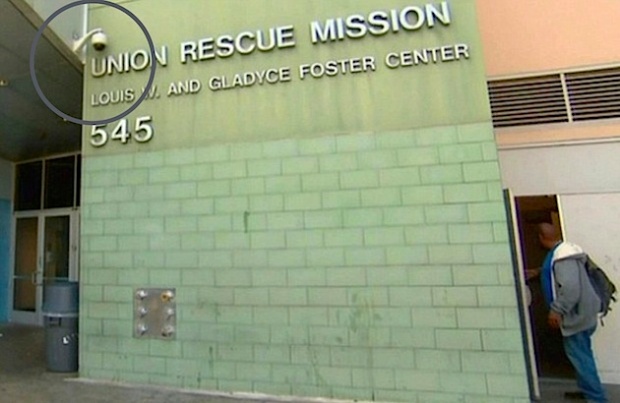 A Montebello hospital accused of dumping a homeless patient on skid row will pay a $250,000 fine and face new protocols rather than face civil and criminal charges, according to the Los Angeles city attorney’s office.

Officials at the 224-bed Beverly Hospital in Montebello last year allegedly had the patient driven to skid row — long a magnet for the region’s most vulnerable citizens — without any prearrangement with a shelter to take the patient in.

The settlement, announced Friday, marks the first time in several years that a hospital has been caught dumping a patient without adequate medical care illegally on skid row.

In 2005 and 2006, patient dumping on L.A.’s skid row grabbed national headlines with images of mentally ill patients in gowns and another holding a colostomy bag being dropped off in ambulances, taxis and vans.

After a few years hiatus, shelter workers and police officers report seeing the signs of patient dumping again in the last year — including a surge of people wearing medical wristbands from hospitals…

For nearly a decade, the Union Rescue Mission has operated “dump cams” outside its shelter and the LAPD has publicly vowed to arrest anyone caught leaving patients outside a shelter without an arrangement for the handoff.

Existing protocols and procedures are nothing more than a game that many of the biggest hospitals work at avoiding in the name of profits. And don’t kid yourself, some of the worst thugs in the “healthcare industry” are only concerned with profits. It works just like cost-plus military contracts. If your profit is calculated on a percentage of cost, then, you inflate costs to increase profits.

The medical-industrial complex follows the guidance long established by the military-industrial complex. Screw consumers, screw the government and taxpayers by inserting artificially inflated costs at every possible opportunity. Lobbyists, pimp politicians, are paid to justify the expense, counter any challenges to accounting lies. Insurance companies collaborate in the whole process to guarantee their own share of the pork pie.

Dumping homeless patients is just another procedure for tidying up the books as far as some hospital administrators are concerned. All they require is plausible deniability.

The woman, whose challenges in previous years included shopping only at Goodwill for the year 2011 and applying articles from Parents magazine to her family life in 2012, said she does not think her Starbucks diet was unhealthy.

“Starbucks puts together menu items and protein bistro boxes and you know as long as you’re active and as long as you really monitor the intake of your calories, you absolutely can lose weight and I did,” she said.

Existence said her 2014 challenge is to try out as many recreational sports as she can during the year.

In other words, regardless of culture, context and opportunity – educated and sensible choices in nutrition and exercise work well.

Craftsmen making a snow castle at a park in Changchun, Jilin province, China…