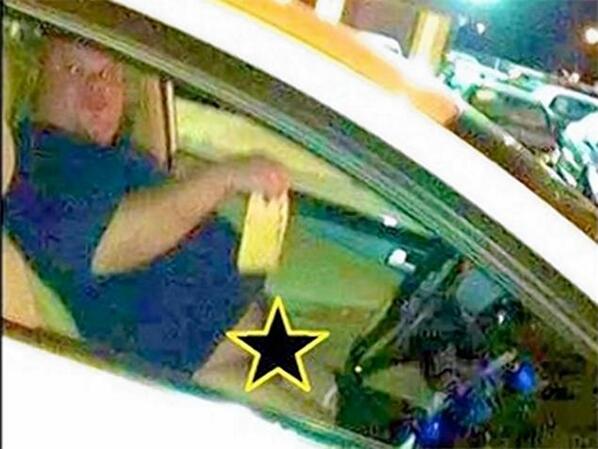 A man who is accused of exposing himself and asking women to perform lewd acts with Swiss cheese is on the loose in Philadelphia according to the Facebook page of the Mayfair Town Watch.

The Pennsylvania “Swiss Cheese Pervert” reportedly drives his car up to women with his genitals exposed and then offers cash for ladies to put a slice of Swiss cheese on his penis and perform sexual acts.

“I understand that people may think this is funny, but this is no laughing matter,” said the town watch’s senior adviser, Milt Martelack. “We’ve had a couple individuals reach out to us. We’re taking this matter very seriously, and we’re working vigorously with police to get this guy off the streets.”

Gabby Chest claims that a man she met on OkCupid made similarly strange requests.

She recognized the man from Mayfair Town Watch’s Facebook page.

“There’s no doubt it was him; it looked exactly like the picture on his profile,” Chest said. “I was scared and shocked. I never thought the guys you see on those sites would be so close to me.”

Mayfair Civic Association chairman Joe DeFelice is hoping that the town watch will be able to spoil the Swiss Cheese Pervert’s reign of bizarre behavior.

…DeFelice said. “It’s uncalled for and disheartening to think this guy is coming to our neighborhood to bother women…I hope he gets cheese sandwiches in prison.”

Take a good look at that fuzzy photo up top and ask yourself – I wonder how Rush Limbaugh feels about cheese?

One thought on “Swiss Cheese pervert driving around in Philadelphia”