Previous studies from China, Spain, and the United States on genetically modified (GM) rice, cotton, and maize have concluded that the biodiversity of insects and related arthropods in GM crop fields was essentially the same as that among conventional crops. Now a new study from South Africa shows similar results…

“The aims of the study were to compile a checklist of arthropods that occur on maize in South Africa and to compare the diversity and abundance of arthropods and functional groups on Bt maize and non-Bt maize,” the authors wrote. “Results from this short-term study indicated that abundance and diversity of arthropods in maize and the different functional guilds were not significantly affected by Bt maize, either in terms of diversity or abundance…”

“The results of our study indicate that arthropod diversity, even in high-input farming systems, is as high as in subsistence farming systems” said Dr. Johnnie van den Berg, a professor at North-West University and one of the co-authors of the article. “More recently, surveys of arthropod and plant beta-diversity inside and adjacent to maize fields have been completed during which 30,000 arthropods and 15,000 plant individuals were surveyed along a 1,000 kilometer transect. It seems that maize field diversity is homogenized and field margins had a high beta diversity,” he added.

Oh, the heartbreak for folks convinced this shouldn’t be so.

The sad bit is folks who try to cloak their Luddite predilection end up practicing something akin to creationist “science”. They first determine the result they seek – then, try to distort scientific study to suit that belief.

Needless to say, they rarely show up to challenge peer-reviewed work with competing studies. Anymore than the True Believers who latch onto these fears are likely to read the peer-reviewed studies in the first place.

Women are up to 83 percent more likely to experience repeat abuse by their male partners if a weapon is used in the initial abuse incident, according to a new study that has implications for victims, counselors and police.

Michigan State University researcher Amy Bonomi and colleagues studied the domestic abuse police reports of nearly 6,000 couples in Seattle during a two-year period. An estimated one in four women in the United States experience domestic violence at least once in their lifetime.

Because previous research showed that domestic abuse is more common in poor urban neighborhoods, the researchers expected to find that repeat violence could be predicted by where the couple lived.

“What this is telling police is that they are likely to be called back to this particular residence if a weapon is involved the first time they are called out,” said Bonomi, chairperson and professor in MSU’s Department of Human Development and Family Studies. “It’s an indication of the danger and severity of abuse over time.”

“The presence of weapons in the home,” she added, “is also a red flag for the women themselves and the counselors who deal with domestic violence.”

No surprise to me. I’ve spent most of my life around guns. That means responsible gun owners – including friends who are coppers – who treat firearms as the dangerous weapons they are, who practice sound safety procedures in their home and lives off the job. That also means the gang I ran with as an ignorant teenager, the gangsters who were part of family life in the poor neighborhoods I lived in most of my life.

Folks who need guns as an emotional crutch generally need more than that prop to keep from stupid behavior. Including family violence. 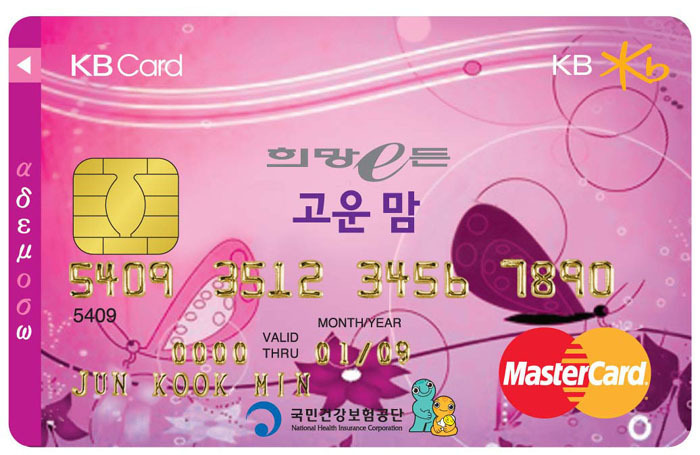 The Financial Services Commission will inform the card units of KB Financial Group, NH Financial Group and the Lotte Group of its decision today, FSC Secretary General Koh Seung Beom told reporters in Seoul today. The companies have 10 days to appeal the ruling before the FSC meets on Feb. 14 to confirm the penalty…

The card companies will be barred from adding subscribers and marketing insurance policies or travel products from Feb. 17 once penalties are set on Feb. 14, according to the commission. Services to existing clients will continue…

The breaches prompted regulators to review all financial firms to examine how they protect customer data. The FSC also asked companies to voluntarily refrain from phone marketing of financial products by March as people are becoming increasingly concerned about information security, the regulator said in a statement on Jan. 26.

Thousands and millions of Koreans, outraged over lax security from these companies have canceled their credit cards. As they should. The Korean government is using its legal power as regulator to shut down these incompetents at least for a little while. Sufficient to cost them dearly.

Mail me a penny postcard when the United States government demonstrates the same level of concern for ordinary citizens whose privacy and safety has been so compromised.