An Alabama high school senior could be suspended after she posted an Instagram selfie with a cadaver while on a school field trip to the University of Alabama at Birmingham’s biology department.

The student, who attends Clements High School in Limestone County, used her cellphone to take a photo of herself with a dead body that had been donated to the school. According to WHNT News 19, sheets are not supposed to be removed from donated bodies and cellphones were prohibited during the tour.

Clements High School principal Keith Hairrell would not confirm nor deny if the student had been suspended.

Iridium Go is a portable satellite-based hotspot designed to allow up to five smartphones to make calls and send and receive email and text messages without needing a separate satellite phone.

The hotspot, which is slated to be available sometime in the first half of the year, is Iridium’s lowest-cost device and service to date, the company said. It’s also ruggedized, waterproof and contains an SOS button for summoning help in an emergency.

Lifting up the device’s antenna turns on the hotspot, which creates a 100-foot Wi-Fi network the phones can access to connect to Iridium’s satellites.

“Iridium Go enables people to use their own trusted devices -– their smartphone or tablet — even when they are off the cellular grid, all while maintaining access to their contacts and applications, as well as reliable voice and data services,” said CEO Matt Desch.

The device is expected to sell for less than $800, while Iridium’s satellite phones typically sell for upward of $1,000.

Iridium had Wi-Fi products in the past, but they relied on customers also owning a pricey satellite phone.

The SOS feature is worthwhile if you’re into serious boondocking. It’s worked well in comparatively low-priced satellite phones only activated in case of emergency. I can envision the management team of some tech company off bonding in the wilds of the North Woods needing to be rescued – and presenting a joint press conference at the same time. 🙂 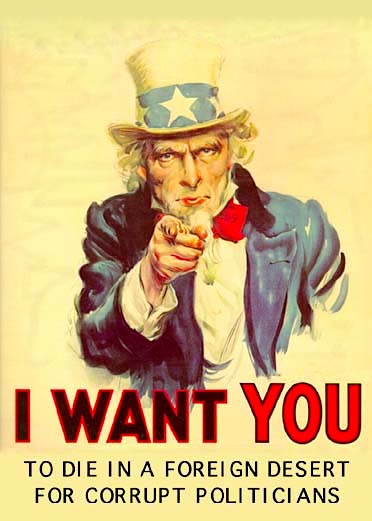 More than 1,200 people are under investigation for a US military recruitment fraud during the Iraq war, officials say.

Two generals and dozens of colonels are implicated in the alleged scheme, in which referral fees were illegally collected for recruiting soldiers.

The National Guard programme – established in 2005 and later expanded to the Army and Army Reserve – paid soldiers, civilians and retirees $2,000 to $7,500 to recruit friends and family…

According to investigators, numerous schemes were used to defraud under the programme, which saw the Army pay out more than $300m for 130,000 recruits during the Iraq war.

High school principals and guidance counsellors were said to have accepted money for recruiting students who they knew were already planning to join the US military.

Other recruiters illegally accepted bonuses after forcing subordinates to register as recruiting assistants, before substituting their own bank account information.

More than 700 recruiters and 200 military officers are under investigation, and several former recruiters and soldiers have been indicted on federal charges.

“Clearly, we’re talking about one of the largest criminal investigations in the history of the Army,” financial oversight subcommittee chair Senator Claire McCaskill told USA Today.

“This is discouraging and depressing,” she added. “[It] is just a mess from top to bottom.”

It is kind of silly to expect more honesty from our military than we ever got from Congress or the Bush White House. Lying for profit was an established part of daily business – whether we look at Dick Cheney and Halliburton Industries or National Guard officers and the “recruits” they sent to Iraq. Only the size of the fraud is different.

And we actually arrest generals. 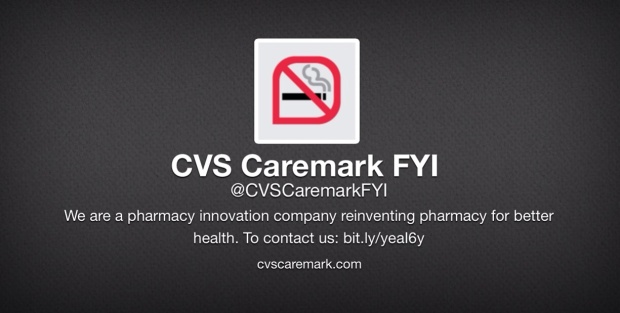 CVS Caremark, the nation’s second-largest drugstore chain, plans to stop selling cigarettes and other tobacco products at its more than 7,600 retail stores by Oct. 1, a landmark decision that would make it the first national pharmacy company to cease tobacco sales.

The move, which the company announced Wednesday, comes after years of pressure from public health advocates and medical providers, who have urged retailers to make tobacco products and advertising less available, particularly to children and teenagers.

It also marks a major turn for one of the country’s biggest healthcare companies, which said it is giving up about $2 billion in annual sales, or about 1.6% of the company’s 2012 revenues.

CVS, which is second only to Walgreen Co. in retail locations, has been steadily increasing its business providing medical care through its pharmacists and a growing number of urgent care clinics at its retail locations.

“As the delivery of healthcare evolves with an emphasis on better health outcomes, reducing chronic disease and controlling costs, CVS Caremark is playing an expanded role in providing care,” Larry J. Merlo, the president and chief executive officer, said in a statement. “Put simply, the sale of tobacco products is inconsistent with our purpose…”

Public health advocates hailed the CVS decision, expressing optimism that it could catalyze new efforts to curb tobacco use…

No major retailer has taken steps to limit tobacco sales since Target announced in 1996 that it would stop selling tobacco products.

And though pressure on pharmacies has been growing, Walgreen went to court to try to stop San Francisco from imposing a ban on tobacco sales in pharmacies. The challenge was dismissed by a federal court. Boston has enacted a similar ban…

Walgreen’s is one of the pharmacies currently listed as a resource for my one prescription covered by Medicare. I’m reasonably unmedicated for an old fart. The reason for using Walgreen’s is simple. It is the nearest pharmacy to my home. I will now change that.

Today, I will find the nearest CVS Caremark and have my insurance coverage changed to make that pharmacy my prime source. My mother, my father, my sister – all died from cigarette-related illness. I was lucky and quit smoking 54 years ago. They didn’t quit until it was too late.

Now that I have a choice to change pharmacies and still maintain the insured cost for that one prescription, it’s worth the extra time and effort to go elsewhere.