Exxon Mobil’s CEO has joined a lawsuit to stop construction of a water tower near his home that would be used in the fracking process to drill for oil…While fracking — hydraulic fracturing of rock to release pockets of oil — has raised complaints from environmentalists around the country, Chairman and CEO Rex Tillerson’s opposition to a project in his own neighborhood is interesting, given how deeply Exxon Mobil is involved in the process.

Tillerson appeared at a Town Council meeting in Bartonville, Tex., the wealthy enclave near his Dallas home last November to join in the protest over the water tower…The lawsuit contends the project would create “a noise nuisance and traffic hazards.” Trucks would be needed to haul and pump water.

The tower, being built by Cross Timbers Water Supply, would rise 15 stories, the Journal says. It’s adjacent to Tillerson’s 83-acre horse ranch and not far from an 18-acre homestead. Tillerson is devoting considerable time to the matter: he sat for three hours in the lawsuit last May and attended an all-day mediation session in September, besides his Town Council appearance.

Among the others opposing the project are those who are not exactly known for environmental crusading: former U.S.House Majority Leader Dick Armey and his wife are the lead plaintiffs.

Creeps like Tillerson and Armey – especially the latter – are up to their armholes in scumsucking rightwing politics. That they are hypocrites enough to join the Not In My BackYard brigade shouldn’t surprise anyone. They are stellar examples of the sort of thugs who will embrace the words of constitutional freedom – while denying them to anyone who questions the royal entitlements of their wealth.

Armey in particular – since he chose the jive designation of Tea Party for the current incarnation of the Confederate White Citizens’ Council – and picked out the flunkies who “spontaneously” brought it to the public ear and eye.

A French environmental group says it will sue a Danish shipping company for failing to fully report the loss of hundreds of containers during a violent storm.

The complaint by Robin des Bois accuses the company, Maersk, and the crew of the Svenborg Maersk of “unacceptable light-mindedness”…

The containers were found missing when the ship docked in the Spanish port of Malaga for repairs.

Maersk initially reported 70 containers were lost. On Wednesday, it upgraded the total to 517.

The environmental group called the lost containers “a permanent danger for fishermen, coastal communities and the environment.” It said Maersk was guilty of pollution and “abandoning waste.”

The company said 85 percent of the containers were empty. The rest contained dry goods; none carried hazardous materials.

I hope authorities require online publication of a detailed listing for each container, contents, safety requirements and proof of insurance. All certainly exist inside the bowels of the Maersk computers.

First of all, this will aid local coppers when they have to deal with containers washing ashore. No matter where. Second, this would press Maersk essentially to prove they’re not continuing to lie about what happened. 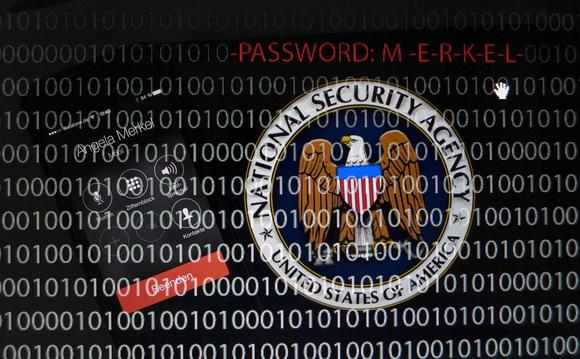 The National Security Agency has stepped up its surveillance of senior German government officials since being ordered by Barack Obama to halt its spying on Chancellor Angela Merkel, Bild am Sonntag paper reported on Sunday.

Revelations last year about mass U.S. surveillance in Germany, in particular of Merkel’s mobile phone, shocked Germans and sparked the most serious dispute between the transatlantic allies in a decade.

Bild am Sonntag said its information stemmed from a high-ranking NSA employee in Germany and that those being spied on included Interior Minister Thomas de Maiziere, a close confidant of Merkel.

“We have had the order not to miss out on any information now that we are no longer able to monitor the chancellor’s communication directly,” it quoted the NSA employee as saying…

Berlin has been pushing, so far in vain, for a “no-spy” deal with Washington. German Foreign Minister Frank-Walter Steinmeier is due to visit the United States on Thursday but he has said he doubts such a deal would have much effect…

Nice to see more NSA employees doing some whistleblowing. Edward Snowden’s belief in the US Constitution must be rubbing off on more and more government spies. What will our politicians do about this lapse into integrity?

40-year-old Ole Einar Bjoerndalen…broke the total medals record he previously shared with retired cross-country skiing great Bjoern Daehlie at the Winter Games, and also matched fellow Norwegian’s record mark of eight golds. It was his second victory in Sochi, coming after his gold in the men’s sprint biathlon.

My kind of hero – in one of my favorite sports.