For a while, one of the UK’s free morning newspapers – Metro – ran a column named The Ridiculant. Its tagline was “things we found down the back of the internet”.

Because it’s down there – right down there, if you stretch a bit – where you can find some of the most intriguing, compelling and downright bizarre corners of the web.

Places where people all over the world gather for the most pointless of reasons, yet feel some reward from it.

The BBC decided to stick its hand down the back of the internet to see what it could find. The results, in no particular order, and for no particular reason, can be found below…

Please note: Due to our policy on linking to sites that may contain offensive language beyond the BBC’s control, you may have to find your own way to some of the communities here via your favourite search engine.

Singapore is famous for many things, but did you know its airport is also home to “one of the most psychologically terrifying carpets in the world”?

For some reason, almost 5,000 people are part of Counting, one of Reddit’s many ‘subreddits’ (that’s the name given to individual sections on the site which anyone can create).

And if you thought ice was simply frozen water, think again – the site’s users share tips on recipes. Put a pinch of yoghurt inside the tray, suggests one person, and freeze it for about three to four hours. “Trust me guys its unreal!”

Birds with Arms started out as an image-manipulation challenge posed way back in 2008, but now boasts a Reddit community of more than 60,000 people.

So, don’t ever think your blog may be too esoteric, too personal or impersonal, too weird to attract a following. While the numbers for my personal blog are perfectly manageable – in part because of arguments I lost with both WordPress and Google – the same sort of posts have regularly appeared in the past at sites with eyeball numbers running at 5 million views a week.

I’m satisfied with what I have here – and the folks who drop by are the best. Mostly. 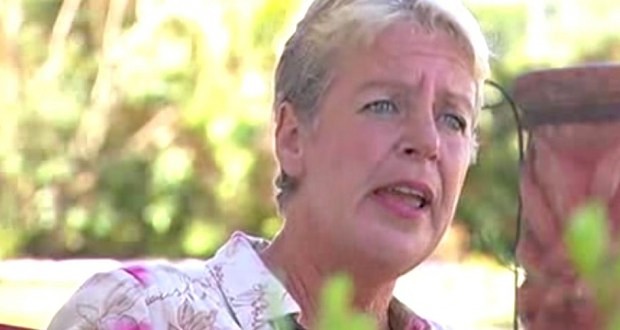 A Florida woman who has been living off the grid for about a year and a half was told that she has one month to “plug in” or deal with the authorities.

Cape Coral woman Robin Speronis doesn’t have any city power or water running into her house and relies on solar panels and treated rain water to survive. “I’m choosing to live without being dependent on the system…”

Officials from Cape Coral Code Compliance met with Speronis and her attorney about the situation last week…A magistrate ruled that Speronis was guilty of not being hooked up to a water supply that had been approved by the town.

Speronis has indicated that she doesn’t plan on changing her lifestyle.

“I don’t have to justify my life. They have to. That’s the way our system of justice works. They have justify it. I don’t,” Speronis said.

I’m not surprised at any of the “liberty-centered” Confederate states ruling against an individual who chooses to live off the grid. First off, the city isn’t making money from selling her electricity or water. Second, they were all embarrassed when she was interviewed by a local TV station about her lifestyle. It wasn’t until then that she was charged by the city.

The usual crap ideology about being clever and classless and free has always been nothing more than window dressing for conservative politicians who above all else want everyone to conform to their own narrow definitions of how to live and marry. And eat and drink. And sing.

The Pentagon said on Monday it would shrink the U.S. Army to pre-World War Two levels, eliminate the popular A-10 aircraft and reduce military benefits in order to meet 2015 spending caps, setting up an election-year fight with the Congress over national defense priorities.

The pre-War Army was less than 270,000. The Sequester brings current levels down to about 450,000. Hegel actually wants more than that.

Defense Secretary Chuck Hagel, previewing the Pentagon’s ideas on how to adapt to government belt-tightening, said the defense budget due out next week would be the first to look beyond 13 years of conflict, shifting away from long-term ground wars like Iraq and Afghanistan.

He cautioned, however, that the country needed to be clear-eyed about the risks posed by lower budget levels, which would challenge the Pentagon to field a smaller yet well-trained force that could cope with any adversary, but might not be able to respond simultaneously to multiple conflicts…

The proposed cuts ran into resistance from senior lawmakers in both houses of Congress.

Despite a congressional rebuff of Pentagon efforts to reform personnel costs in recent years, the defense chief announced a series of new steps to try to curb military and civilian personnel spending, which now makes up about half its budget.

Hagel said the department would seek a 1 percent raise in pay for military personnel but would slow the growth of tax-free housing allowances, reduce the annual subsidy for military commissaries and reform the TRICARE health insurance program for military family members and retirees.

Let the farce be with you! Political hacks representing everyone you can think of who profits from military expenditures will be howling like monkeys in heat. Either road, Hagel is actually asking for an increase of $151 billion over sequester limits over the next five years. Just cuts in the proportion spent on some Air Force hardware.

In a bullshit ploy worthy of Ronald Reagan, Obama and Hagel put forth a budget calling for increases above sequester levels – and call it “Deep Cuts”. Mass media from newspapers to local TV stations quote this crap as if it was something more than a PR release. Over the past 50 years, the actual drawdown in military size after one of our imperial wars has been negligible.

Here’s another easy way to cut expenses, folks. Bring our troops home. We have over 750 bases in more than 150 countries doing exactly nothing except making it clear to them furriners we are the cops of the world. A soldier inside the United States costs taxpayers half of what it costs to support one on the other side of the world.

Of course, that means having a Department of defense actually concerned with defense – instead of being enforcers for American foreign policy.

One of the world’s top universities is taking a smoking ban a step further this week, as Stanford University prohibits the sale of tobacco as well as smoking on campus.

The university says allowing tobacco sales is “inconsistent” with its work on promoting health.

It means that retail outlets, such as the students’ union and a petrol station, will have to stop selling tobacco – including cigarettes, e-cigarettes and chewing tobacco.

This high-profile US university, which has been a launch pad for many Silicon Valley industries, is the latest US university to tighten its prohibitions on smoking.

The university, in California’s Bay Area, has nearly 700 buildings and occupies more than 8,000 acres. It regularly appears in the top fives of global university league tables…

“The university is an advocate for the health and well-being of its entire community, and tobacco sales are inconsistent with our many programmes that support healthy habits and behaviours,” said assistant vice president, Susan Weinstein.