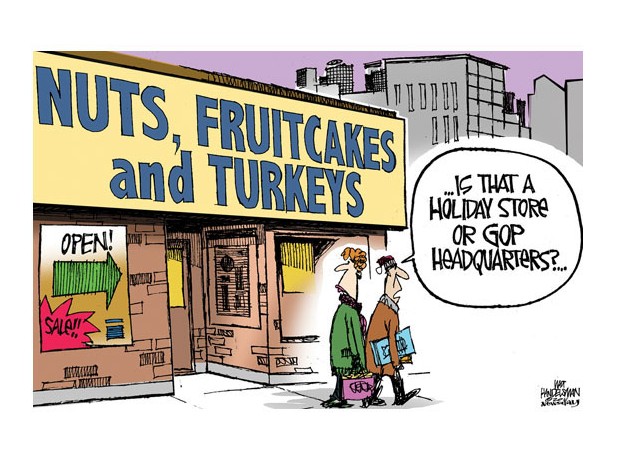 Religious conservatives are urging the GOP to scratch Sin City off its list of potential locations for the 2016 Republican National Convention..Advocates are concerned that Las Vegas’ reputation as a gambling and prostitution haven will discourage conservatives from attending the event and that the city is a “trap waiting to ensnare” convention attendees.

“The GOP is supposedly interested in reaching out to conservatives and evangelicals. Maybe that’s just a front, but if they really mean it this is not the way to do it,” James Dobson, founder of Family Talk, a Christian radio show that broadcasts across the United States, told the paper. “Even though Vegas has tried to shore itself up and call itself family-friendly, it’s still a metaphor for decadence. There’s still 64 pages of escort services in the yellow pages.”

Dobson, along with leaders of the American Family Association, Eagle Forum, the Traditional Values Coalition, and Family-PAC sent a letter to Republican chairman Reince Priebus warning him to choose another destination…

Las Vegas has a strong lobbying campaign behind it. The team includes casino magnate Sheldon Adelson, who spent over $98 million on GOP candidates in 2012, resort businessman Stephen Wynn, and Washington political strategists, according to the New York Times. Andrea Lafferty, president of the Traditional Values Coalition, told The Dallas Morning News that while she supports Adelson, she fears that with all of the escorts and prostitutes available in the Las Vegas area, she “can see all the setups that are going to take place.”

Erick Erickson, editor-in-chief of the conservative blog RedState.com, also expressed concern about the GOP choosing Las Vegas. “Good Christian delegates getting drunk, gambling, stuffing dollar bills in strippers’ g-strings, etc. will be the toast of not just MSNBC, but the front page of the New York Times, ABC, CBS, NBC, the Huffington Post, and more.” he wrote…

Guess he knows the stuff his troops are really made of, eh? 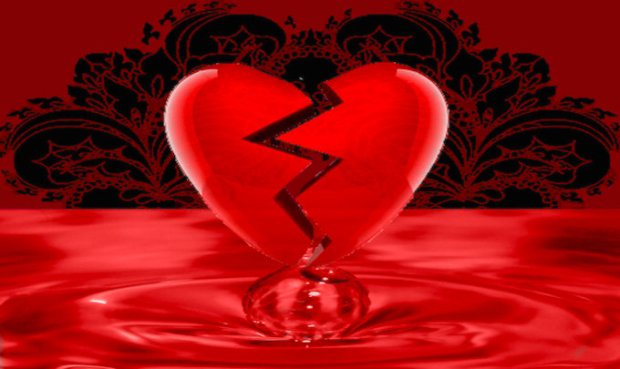 It seems as though every week or so there’s a new hack or exploit that reveals millions of passwords or important data from a popular web service, and this week is no exception. On Tuesday, IT professionals got word of a serious flaw in OpenSSL — the browser encryption standard used by an estimated two-thirds of the servers on the internet. The flaw, which was dubbed “Heartbleed,” may have exposed the personal data of millions of users and the encryption keys to some of the web’s largest services. Here’s what you need to know:

It’s a bug in some versions of the OpenSSL software that handles security for a lot of large websites. In a nutshell, a weakness in one feature of the software — the so called “heartbeat” extension, which allows services to keep a secure connection open over an extended period of time — allows hackers to read and capture data that is stored in the memory of the system. It was discovered independently by a security company called Codenomicon and a Google researcher named Neel Mehta, both of whom have helped co-ordinate the response…

As Tim Lee at Vox points out in his overview, the lock that you see in your browser’s address bar when you visit a website “is supposed to signal that third parties won’t be able to read any information you send or receive. Under the hood, SSL accomplishes that by transforming your data into a coded message that only the recipient knows how to decipher.” But researchers found it was possible to “send a cleverly formed, malicious heartbeat message that tricks the computer at the other end into divulging secret information…”

What can you do about it?

If you are a web user, the short answer is not much. You can check the list of sites affected on Github, or you could try a tool from developer Filippo Valsorda that checks sites to see if they are still vulnerable (although false positives have been reported), and you should probably change your passwords for those sites if you find any you use regularly.

RTFA if you want all the gory details. The bug is 2 years old albeit just discovered; so, no one has a clue how long evildoers may have been screwing around with folks’ accounts at sites containing the bug.

I’d suggest reading the list at Github and staying away from sites on the list – until they disappear from the list. Changing passwords – as suggested – at affected sites is a good idea as well. Though I can think of problems happening if you’re pinged while doing exactly that. If and when sites are certified clean, then, change your passwords and do a thorough job of it.

UPDATE: NSA scumbags knew about the bug for two years and used it to break into encrypted communications – rather than notify American companies and consumers so they might protect themselves…http://tinyurl.com/mq8owa2

Thermal images captured by an small drone allowed archaeologists to peer under the surface of the New Mexican desert floor, revealing never-before-seen structures in an ancient Native American settlement.

Called Blue J, this 1,000-year-old village was first identified by archaeologists in the 1970s. It sits about 43 miles south of the famed Chaco Canyon site in northwestern New Mexico and contains nearly 60 ancestral Puebloan houses around what was once a large spring.

Now, the ruins of Blue J are obscured by vegetation and buried in eroded sandstone blown in from nearby cliffs. The ancient structures have been only partially studied through excavations. Last June, a team of archaeologists flew a small camera-equipped drone over the site to find out what infrared images might reveal under the surface.

“I was really pleased with the results,” said Jesse Casana, an archaeologist from the University of Arkansas. “This work illustrates the very important role that UAVs (unmanned aerial vehicles) have for scientific research.”

Casana said his co-author, John Kantner of the University of North Florida, had previously excavated at the site and the drone images showed stone compounds Kantner had already identified and ones that he didn’t know about.

For example, the thermal images revealed a dark circle just inside the wall of a plaza area, which could represent wetter, cooler soil filling a kiva, or a huge, underground structure circular that would have been used for public gatherings and ceremonies. Finding a kiva at Blue J would be significant; the site has been considered unusual among its neighbors because it lacks the monumental great houses and subterranean kivas that are the hallmark of Chaco-era Pueblo sites…

The images also could guide archaeologists’ trowels before they ever break ground.

Modern imaging tech has been inspiring archaeologists for a spell. Data mining satellite photos has been used successfully working up a number of ancient sites around the world. Nice to see one more peaceful use derived from a technology much beloved of our government for spying on folks and occasionally killing them.

As usual, RTFA for a bit more detail.

Electronic cigarettes can change gene expression in a similar way to tobacco, according to one of the first studies to investigate the biological effects of the devices.

Presented at the American Association for Cancer Research annual meeting on 6 April in San Diego, California, the research looked at human bronchial cells that contained some mutations found in smokers at risk of lung cancer. The cells were immortalized, grown in culture medium that had been exposed to e-cigarette vapour and their gene expression profiled.

The changes are not identical, says study researcher Avrum Spira, who works on genomics and lung cancer at Boston University in Massachusetts. But “there are some striking similarities”, he says. The team is now evaluating whether the alterations mean that cells behave more like cancer cells in culture.

I don’t doubt the companies making a buck from this latest tobacco “substitute” will fight to the death to protect their profits. Your death. Their profits.