ESA’s Sentinel-1A satellite has returned its first images of Earth from space in its second week of achieving orbit. The satellite, having been launched on Apr. 3. has only recently undergone a complicated maneuver to extend its 10 meter solar wings and 12 meter radar imaging array.

There are due to be six constellations of two Sentinel satellites designed to image the Earth, in part to observe climate change as a part of the Copernicus program. The satellite is not yet positioned in its operational orbit, nor is it fully calibrated to supply true data to the mission. However, the images taken on Apr. 12 are a truly stunning example of the observational capabilities of the cutting-edge satellite…

Over the next three months, the satellite will run through its commissioning phase, during which it will achieve operational orbit and be calibrated to begin what will be the most ambitious and largest Earth observation mission ever undertaken.

Lovely work. And much more knowledge to be gained about our planet.

Oligarchy is a form of government in which power is vested in a dominant class and a small group exercises control over the general population.

A new study from Princeton and Northwestern Universities concluded that the U.S. government represents not the interests of the majority of citizens but those of the rich and powerful.

The resulting data empirically verifies that U.S. policies are determined by the economic elite…

What do our findings say about democracy in America? They certainly constitute troubling news for advocates of “populistic” democracy, who want governments to respond primarily or exclusively to the policy preferences of their citizens.

In the United States, our findings indicate, the majority does not rule — at least not in the causal sense of actually determining policy outcomes. When a majority of citizens disagrees with economic elites and/or with organized interests, they generally lose. Moreover, because of the strong status quo bias built into the U.S. political system, even when fairly large majorities of Americans favor policy change, they generally do not get it.

The report consoles that “Americans do enjoy many features central to democratic governance, such as regular elections, freedom of speech and association” but goes on to warn that “we believe that if policymaking is dominated by powerful business organizations and a small number of affluent Americans, then America’s claims to being a democratic society are seriously threatened.”

“You think you’re so clever and classless and free –
“but you’re still fucking peasants as far as I can see!” — John Lennon, 1970

You can read the whole study over here.

The National Popular Vote bill would guarantee the Presidency to the candidate who receives the most popular votes in all 50 states and the District of Columbia.

The shortcomings of the current system of electing the President stem from state winner-take-all statutes…Because of these state winner-take-all statutes, presidential candidates have no reason to pay attention to the issues of concern to voters in states where the statewide outcome is a foregone conclusion. In 2012, four out of five states were ignored…Two-thirds of the general-election campaign events (176 of 253) were in just 4 states (Ohio, Florida, Virginia, and Iowa)…

State winner-take-all statutes have allowed candidates to win the Presidency without winning the most popular votes nationwide in four of our 57 presidential elections—1 in 14 times. A shift of 59,393 votes in Ohio in 2004 would have elected John Kerry despite President Bush’s nationwide lead of over 3,000,000 votes. A shift of 214,393 votes in 2012 would have elected Mitt Romney despite President Obama’s nationwide lead of almost 5,000,000 votes.

Like gerrymandering, both of the TweedleDeeDeumb parties always figure they can use corrupt systems to their own benefit when they’re in power. I hope, I feel that the average American would rather be guaranteed that each of our votes counts the same as anyone else’s vote. 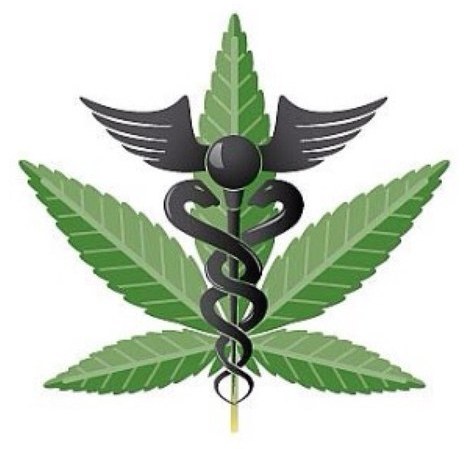 Correlation does not equal causation, and a single exam cannot show a trend over time. Basic stuff, right?

But judging by coverage of a study just out in the Journal of Neuroscience, these are apparently foreign concepts for many folks in the media.

In the study, researchers at Boston’s Massachusetts General Hospital and Northwestern University in Chicago performed MRI brain scans on 20 young adult “casual” marijuana users and 20 age- and sex-matched nonusers. They found that, in the users, gray matter densities in the nucleus accumbens were higher than in controls, and the right amygdala and left nucleus accumbens were shaped differently.

Interesting, but remember that these findings only reflected differences between the marijuana users and controls at a single point in time. The researchers did not, could not, demonstrate that the differences resulted from marijuana smoking or even that the “abnormalities” relative to controls reflected changes from some earlier state.

You wouldn’t know that from the media coverage.

RTFA for a small sampling of almost universal crap

…Note that the study did not identify any cognitive or behavioral abnormalities in the cannabis users versus controls — it was strictly an MRI study.

That, however, didn’t stop senior author Hans Breiter, MD, of Northwestern from opining in the SfN press release that the study “raises a strong challenge to the idea that casual marijuana use isn’t associated with bad consequences.”

Um, no, it doesn’t — not without before-and-after MRI scans showing brain structure changes in users that differ from nonusers and documentation of functional impairments associated with those changes.

Further studies may – or may not – indicate one or another cause-and-effect relationship. That kind of study must be constructed differently than this one. And hopefully the press release and editors who get the email won’t be in a hurry to construe the study as something it isn’t.