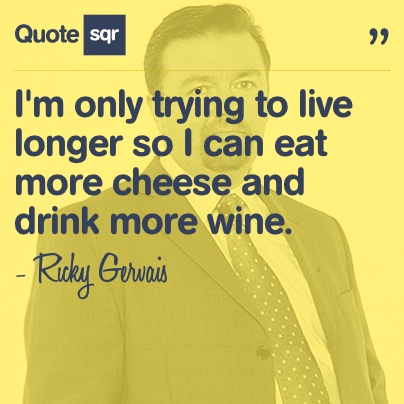 New evidence shores up findings that whey protein, which is found in milk and cheese, could have health benefits for people who are obese and do not yet have diabetes. The study, which appears in ACS’ Journal of Proteome Research, examined how different protein sources affect metabolism.

Lars O. Dragsted, Kjeld Hermansen and colleagues point out that obesity continues to be a major public health problem worldwide. In the U.S. alone, about 35 percent of adults and about 17 percent of children are obese, a condition that can lead to a number of health issues, including cardiovascular disease and type-2 diabetes. One risk factor for cardiovascular disease in people who are obese is high levels of fat in their blood after meals. But recent research has found that these levels partly depend on the kind of protein included in the meal. Studies have suggested that whey protein can lower the amount of fat and increase insulin, which clears glucose in the blood, keeping sugar levels where they’re supposed to be. But the details on whey’s effects were still vague, so the team took a closer look.

They gave volunteers who were obese and non-diabetic the same meal of soup and bread plus one kind of protein, either from whey, gluten, casein (another milk protein) or cod. The scientists found that the meal supplemented with whey caused the subjects’ stomachs to empty slower than the others’. These subjects also had lower levels of fatty acids in their blood after meals but higher amounts of the specific types of amino acids that boost insulin levels.

No doubt there will be both more specific – and broader – schemes of research following on from this work. If anything, this speaks directly to the Mediterranean Diet once again. I would especially recommend boiled milk cheeses like mozzarella, scamorze and ricotta.

But, those are just my Italian genes speaking. 🙂

The rapid emergence of nanotechnology suggests that size does, indeed, matter. It turns out that if you break common substances like silver and nickel into really, really tiny particles—measured in nanometers, which are billionths of a meter—they behave in radically different ways. For example, regular silver, the stuff of fancy tableware, doesn’t have any obvious place in sock production. But nano-size silver particles apparently do. According to boosters, when embedded in the fabric of socks, microscopic silver particles are “strongly antibacterial to a wide range of pathogens, absorb sweat, and by killing bacteria help eliminate unpleasant foot odor…”

According to the Project on Emerging Nanotechnologies—a joint venture of Virginia Tech and the Wilson Center—there are more than 1,600 nanotechnology-based consumer products on the market today. If SmartSilver Anti-Odor Nanotechnology Underwear sounds like a rather intimate application for this novel technology, consider that the PEN database lists 96 food items currently on US grocery shelves that contain unlabeled nano ingredients. Examples include Dannon Greek Plain Yogurt, Silk Original Soy Milk, Rice Dream Rice Drink, Hershey’s Bliss Dark Chocolate, and Kraft’s iconic American Cheese Singles, all of which now contain nano-size titanium dioxide. As recently as 2008, only eight US food products were known to contain nanoparticles, according to a recent analysis from Friends of the Earth—a more than tenfold increase in just six years.

All of which raises the question of safety. Radically miniaturized particles are attractive to the food and textile industries for their novel properties. Nano-size titanium dioxide, for example, is used as a color enhancer—it makes white foods like yogurt and soy milk whiter, and brightens dark products like chocolate. But what unintended effects might it have?

…Remarkably, the US Food and Drug Administration, which oversees the safety of the food supply, both 1) acknowledges that nanoparticles pose risks that are substantially different from those of their regular-sized counterparts, and 2) has done nothing to slow down their rapid move into the food supply.

So what’s the remedy? Rather than require rigorous safety studies before companies can lace food with nanoparticles, the FDA’s policy draft proposes “nonbinding recommendations” for such research. Even that rather porous safety net doesn’t yet exist—the agency still hasn’t implemented the draft proposal it released more than two years ago.

No one can say with scientific conviction that nanomaterials are positive or negative in their effect on the processed foods we delight in. Still, choices mostly made for cosmetic reasons shouldn’t be devoid of regulation and standards.

Next time you feel like hollering at the FDA [almost daily in my household] give ’em a nudge about this one.

New questions are being raised about what was mixed with the waste that caused a radiation release from the government’s underground nuclear waste dump in southeastern New Mexico.

The Albuquerque Journal reported Thursday that Los Alamos National Laboratory approved using products that some experts say are widely known to cause a heat reaction when mixed with other contents in the drums that were shipped to the Waste Isolation Pilot Plant near Carlsbad.

New Mexico Environment Secretary Ryan Flynn said the leading theory continues to be that the leak was caused by a reaction between nitrate salts and the organic cat litter packed with the waste to absorb moisture. However, emails posted online by the New Mexico Environment Department show Los Alamos approved using other organic ingredients known to be incompatible with nitrate salts in the waste.

But, why waste time on sound chemistry when you can blame environmental controls? Especially when the accusations come from sources earning a lifelong income rationalizing nuclear weapons.

The emails show that Los Alamos approved the use of two products requested by contractor EnergySolutions to neutralize the pH balance of drums sent to the nuclear waste dump.

In one email asking for approval in August 2013 to use a new liquid, EnergySolutions industrial hygienist Zeke Wilmot noted “criticality safety issues are not my area of expertise,” using a term referring to nuclear engineering that focuses on preventing an inadvertent nuclear chain reaction.

Wilmot said “it may be advisable to have LANL personnel weight in on these issues as well…”…A subcontractor approved the change in September.,,

Flynn said…investigators are getting closer to figuring out what happened, but sampling still needs to be done on the materials inside the breached container.

Sometime in the next three years or so, DOE investigators may be able to acquire those samples and investigate the chemistry behind the reactions that caused the radioactive leak. Instead of relying on snap judgements from professional mouths.

I don’t pretend to sufficiently up-to-date knowledge of the chemistry involved. But, my involvement with the American nuclear industry dates back to the late 1950’s – including weapons designs so stupid as to be incongruous, as lethal to the military using them as they could be to any “enemy”.

Modern chickens are descended primarily from the red junglefowl

The meat and eggs of domestic chickens are a source of protein for billions. Yet how and when the birds were domesticated remains a mystery. The answers to these questions could reveal a wealth of information about the genetics of domestication, as well as human behaviour, and how we can improve our husbandry of the birds.

In a bid to learn more about the chicken and its lineage, the UK government is funding a £1.94-million (US$3.3-million) effort to determine how the chicken went from being a wild fowl roaming the jungles of southeast Asia several thousand years ago to one of the world’s most abundant domesticated animals. The Cultural and Scientific Perceptions of Human–Chicken Interactions project — ‘Chicken Coop’ for short — will examine human history from the perspective of the fowl…

But no domestic animal has been moulded and remoulded by humans as extensively as chickens, says Greger Larson, an evolutionary geneticist. The animals have been bred for eating, egg-laying and fighting. And in the case of one particularly vocal breed, the creatures have even been strapped to the masts of Polynesian boats to act as foghorns. “Chickens are polymaths,” he says…

Because…mutations are so common in contemporary chickens, Larson’s team and others assumed that humans influenced these traits through selective breeding early in the course of domestication. But DNA from chickens recovered at archaeological sites across Europe, spanning the period from around 280 bc to ad 1800, has turned that idea on its head. In an analysis published last month, Larson’s team reported that none of 25 ancient chickens would have had yellow legs, and that just 8 out of 44 birds carried two copies of the TSHR variant…universal in modern breeds. So even 200 years ago, chickens may have been very different from those we know today.

With the help of other Chicken Coop members, Larson is also trying to get to grips with the wider evolutionary forces that shaped modern chickens. He hopes to determine why, for instance, chickens have not been wiped out by disease. This might have been expected because their very rapid selection — much of which has taken place since 1900 — should have led to inbreeding and, by whittling down immune genes, a reduced ability to respond to infections.

I love chicken almost as much as I love pork. I wasn’t raised with any religious or philosophical beliefs that inhibit the consumption of animal protein. So, no problem there. 🙂

Until modern science comes up with a sound reason to avoid healthfully-raised specimens of foods my progenitors used to catch in the wild – and eat – I will continue to do the same. Though restricting my hunt to the aisles of markets of all types, from chain stores to local farmers.