Martinez said at an event in Bernalillo that marijuana possession is illegal under federal law and she believes that’s the way it should remain. She called current penalties appropriate.

The Santa Fe city clerk said Monday that petitioners seeking to decriminalize small amounts of marijuana garnered enough signatures to put the measure on the ballot…And Albuquerque city councilors voted Monday to ask voters whether they supported reduced penalties, although Mayor Richard Berry could veto the measure. [Count on it!]

Governor Susana’s statement – rooted in RNC ideology – the larger concern is that allowing marijuana initiatives to be placed on a ballot will result in a higher voter turnout primarily among younger people who might otherwise not vote – which has proven to reduce the prospects for Republican candidates being elected.

Back in 1876, the city of St. Louis made a fateful decision. Tired of providing services to the outlying areas, the city cordoned itself off, separating from St. Louis County. It’s a decision the city came to regret. Most Rust Belt cities have bled population since the 1960s, but few have been as badly damaged as St. Louis City, which since 1970 has lost almost as much of its population as Detroit.

This exodus has left a ring of mostly middle-class suburbs around an urban core plagued by entrenched poverty. White flight from the city mostly ended in the 1980s; since then, blacks have left the inner city for suburbs such as Ferguson in the area of St. Louis County known as North County.

By contrast, consider the city: After decades of methodically building political power, blacks in St. Louis City elected a black mayor in 1993 and black aldermen or alderwomen in nearly half the city’s wards, and hold two of three seats on the powerful Board of Estimate and Apportionment, which must approve all city contracts. Well-established churches, Democratic ward organizations and other civic institutions mobilize voters in black wards. But because blacks have reached the suburbs in significant numbers only over the past 15 years or so, fewer suburban black communities have deeply ingrained civic organizations.

That helps explain why majority-black Ferguson has a virtually all-white power structure: a white mayor; a school board with six white members and one Hispanic, which recently suspended a highly regarded young black superintendent who then resigned; a City Council with just one black member; and a 6 percent black police force.

Jeff Smith begins and ends the article as published pushing for consolidation of these artificial suburbs. He believes this will benefits residents economically as well as politically. White power over Black workingclass transforms into Green Power for everyone.

I lived through that whole discussion middling days in the civil rights movement and all it produced was a few Black bureaucrats, damned little Green for everyone else.

Meanwhile, Mike suggested the Washington POST analysis of the same topic – where a troika of authors found the realpolitik included unintended consequences in a tag team with racism. A solid piece of research, sound data.

Neither article explained the perceived role of the Democratic Party, differences between St, Louis City and North County suburbs like Ferguson – but, since Smith’s article points out the racist history of municipal and local craft unions, continued exclusion of Black workers, white-dominated political campaigns they sponsor, it seems as likely to me that outside of the city of St. Louis the Democrat Party functions like Reagan populists. Perfectly willing to accept the racist status quo.

Voters in Ferguson have two alternatives. They can go the route apparently embraced by Black voters in St. Louis and fight for a decade or so for a grassroots effort which ends up with a Democratic Party organization mirroring the population – or they can organize an independent party that reaches out to Progressives to unite in bringing grassroots representation to Ferguson.

Both highways have the same tough obstacles to overcome – starting with the inevitable unsophisticated American voters. Both strategies risk demagogues who never can pass up a populist chance to be The Leader. But, over these past fifteen years, ain’t anyone else getting off their rusty dusty to change the white power structure in Ferguson. At least, not so’s you’d notice.

The thug police force in Ferguson, Missouri, continues wage its campaign against the public it is sworn to defend…

Obviously, the most tragic consequence of their savage brutality was the slaying of unarmed teen Mike Brown, but the police in Ferguson have also tried to light the First Amendment on fire, arresting and attacking reporter after reporter in an attempt to intimidate the media from covering their world.

The list of reporters arrested so far, according to the Poynter Institute:

And it’s not going to get better…

I started this – my personal blog – to point out the work of a diminishing breed. Good, professional journalists.

The biggest problems most face are cowardly editors and even more chickenshit owners of their publications. Ownership more and more relegated to narrow-minded profiteers who would confine the Free Press into that intellectual jail called entertainment.

OTOH, you know you must be doing your job when you’re threatened by goon squads pretending to be police. 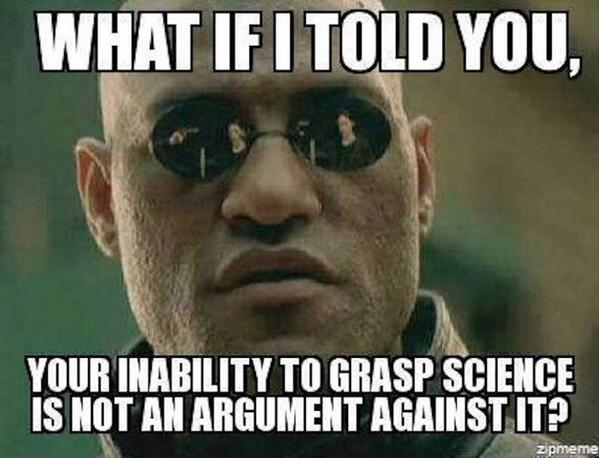 Over a single 8-month period, seven infants were admitted to Monroe Carell Jr. Children’s Hospital at Vanderbilt for treatment of either cranial or intestinal hemorrhaging due to vitamin K deficiency bleeding (VKDB)…

Of the 214,061 children born in Alberta, Canada, from 2006 to 2011, 0.3% had parents who declined the vitamin K injection after birth, Shannon E. MacDonald, PhD…and colleagues wrote in Pediatrics.

The study authors suggested parental decisions to refuse vitamin K were linked to lack of education and misinformation based on two studies from the 1990s (Golding et al.), which suggested vitamin K injections could increase the chances of developing childhood cancer. Those study results, the Canadians said, were since found to be inaccurate…

Refusal rates have increased in Texas, too. At Texas Children’s Pavilion for Women, Tiffany McKee-Garrett said that when parents refuse, they team up with the parents’ primary care provider to counsel the family extensively and provide the parents with written materials to educate them about vitamin K.

RTFA for details of other regional studies.

I know I get too cranky for some folks; but, what kind of parent is so dedicated to 14th Century dogma that they’re ready and willing to accept the prattle from long-discredited studies – generally from some 3rd or 4th-hand source – instead of taking the time to read a little science about disease prevention, proven health maintenance.

Rather, they risk the lives of their newborn in pursuit of purity of their soul. No sense or balance IMHO.