“As uncomfortable for them as it may be, (government officials) must come to grips with the fact that Obama is a well-placed saboteur representing malignant interests, enemies both foreign and domestic, that have been strategizing the downfall of the United States for decades,” wrote Rush, who appears regularly on Sean Hannity’s Fox News program.

While some Obama critics feared the president’s designation of New Mexico’s Organ Mountains-Desert Peak would weaken border security, Rush worried the area might be handed over to ISIS as a staging ground for domestic attacks…

Rush, who has previously suggested Obama is gay and recently claimed LGBT people shared the same goals as ISIS, outlined a nightmare scenario he believed Obama was cooking up with his Islamist allies…

He warned Obama would seize “absolute power” by imposing martial law after orchestrating terrorist attacks in the U.S. or possibly by using his “jihadist army” to pacify unsuspecting Americans.

Click the link and RTFA if you feel the need to soil your brain with this dreck. Or you can watch for Rush’s regular appearance on Fox News with that omniscient judge of political noise – Sean Hannity.

BTW, the Organ Mountains are a desert garden. If you want to hike and explore, carry as much water as possible, bring cool weather gear if you plan on overnighting. It is truly beautiful country that deserves wilderness status and protection.

Images from the onset of the satellite age, long languishing in storage, have been recovered by University of Colorado researchers, shedding light on sea ice variations going back 50 years.

David Gallaher and Garrett Campbell have succeeded in digitizing more than 750,000 long-lost images off data tapes and black-and-white film from NASA’s early Nimbus satellite series, focusing on changes in sea ice extent in the Arctic and Antarctica.

Both scientists work in CU’s National Snow and Ice Data Center, which is part of the university’s Cooperative Institute for Research in Environmental Sciences. Their project was fueled by $550,000 in NASA funding.

The Nimbus satellite series consisted of seven spacecraft launched over a 14-year period, its primary mission to capture clouds and other atmospheric features to aid the forecasts of hurricanes and other weather events. But now the satellites’ decades-old harvest is yielding further insights for contemporary study…

The modern satellite record of sea ice goes back only to 1979.

Gallaher learned about the stored data from the early years of the seven-satellite Nimbus series — Nimbus 1 launched Aug. 28, 1964 — during a meeting of the American Geophysical Union at San Francisco in 2009.

“We found out that it was sitting down in this warehouse in Asheville, North Carolina (at the National Climatic Data Center),” Gallaher said. “We called up and said, ‘Gee, could you send us the data for the Arctic and the Antarctic?’ And they said, ‘No.’

“They said there was no way, that it was truly ‘dark data.’ It was only on these giant rolls of film, and the only way to get what we really wanted was to scan all of it,” Gallaher said. “We asked, ‘How much are we talking about?’ And they said it would fill at least a pallet and a half.’ What? Really?”

From the efforts of Gallaher, Campbell and about eight CU students logging countless hours over the past three years — working with a $40,000 Kodak scanner picked up “dirt cheap,” according to Gallagher — more than 250,000 of the recovered Nimbus images have now been made public. The painstaking process involved having to consult NASA metadata to determine the orbit of the satellite at the point each image was recorded, and from that, identify the geographic location for each image.

Images they have recovered reveal that in 1964, Antarctica showed the largest sea ice extent ever recorded there, and that just two years later, in 1966, it registered a record-low maximum sea ice extent…

“If we had information about the winds and sea surface temperatures down there, we might be able to better interpret it,” said Campbell, a project scientist. “We have not had the time and energy to look into that. We’re still in the details of extracting all the information from these images.”

An interesting by-product of the scientists’ work is that they learned of a University of Tasmania study creating a 150-year proxy record of Antarctic sea ice change, extrapolating data from methanesulphonic acid concentrations drawn from the Law Dome ice core, south of Cape Poinsett, Antarctica. That study had indicated a 20 percent sea ice decline since about 1950.

“We’re able to validate (the Tasmanian study) with 1960s Nimbus (images),” Gallaher said. “Is it the end all? We don’t know, but if you look now at their record, validated by our records, it turns out the Antarctic started a major decline in 1950s.”

Such an interesting search. You’re tired of hearing this; but, given back, say, the last thirty years, I’d get serious about a new career in computational analysis. Though I think the craft can be used with broad strokes down to the finest, narrow quizzing of scientific data, I’d probably focus on work like this.

Of course, if you want to daydream, you could end up working for Craig Venter on genomics. Woo-hoo! 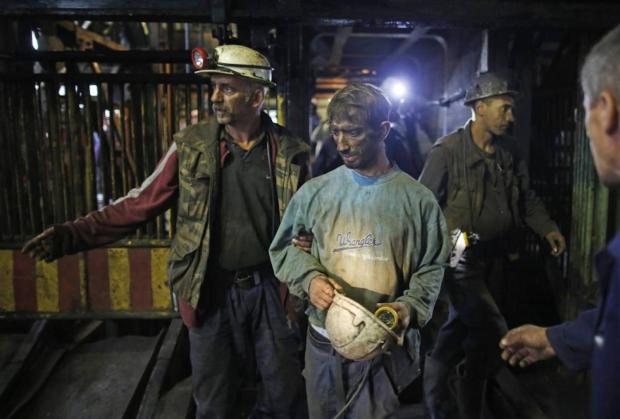 Five workers killed while rescuers pull out 29 miners alive after an earthquake collapsed a tunnel in central Bosnia-Herzegovina coal mine.