Prospective students in the United States who can’t afford to pay for college or don’t want to rack up tens of thousands in student debt should try their luck in Germany. Higher education is now free throughout the country, even for international students. Yesterday, Lower Saxony became the last of seven German states to abolish tuition fees, which were already extremely low compared to those paid in the United States.

German universities only began charging for tuition in 2006, when the German Constitutional Court ruled that limited fees, combined with loans, were not in conflict the country’s commitment to universal education. The measure proved unpopular, however, and German states that had instituted fees began dropping them one by one…

Free education is a concept that is embraced in most of Europe with notable exceptions like the U.K., where the government voted to lift the cap on university fees in 2010. The measure has reportedly cost more money than it brought in. The Guardian reported in March that students are failing to pay back student loans at such a rate that “the government will lose more money than it would have saved from keeping the old $4,865 tuition fee system.”

UK students often compare their plight to their American counterparts, but most Americans would be fortunate to pay as little as the British do: a maximum of $14,550 per year. High tuition fees in the U.S. have caused student loan debt, which stands at $1.2 trillion, to spiral out of control. It is now the second-highest form of consumer debt in the country. According to the Institute for College Access and Success, two thirds of American college students will leave their alma mater in significant debt (averaging at $26,600).

While there are many government measures that could ease the massive burden of student debt, some straightforward steps could make higher education accessible to all. Tennessee, for example, recently voted to make two-year colleges free for all high school graduates. The U.S. as whole could take a note from Germany and make public universities free with relative ease. The government spends around $69 billion subsidizing college education and another $107.4 billion on student loans. Tuition at all public universities comes to much less than that, around $62.6 billion in 2012. By restructuring the education budget, the cost of attending public universities could easily be brought down to zero. This would also put pressure on private universities to lower their cost in order to be more competitive.

We might even consider [gasp!] doing without a few shiny new tanks, F35 fighter aircraft or Littoral Attack Seacraft. All that would be required is to cancel the next couple of countries Congress and our two political parties plan to invade.

Tip o’ the hat to Mike — Great minds and etc…

The former head of the Federal Reserve, Ben Bernanke, has had a request declined to have his mortgage renewed.

According to Bloomberg News, Mr Bernanke told a conference in Chicago: “I recently tried to refinance my mortgage and I was unsuccessful in doing so.”

“I’m not making that up,” he added, as the audience laughed.

He went on to suggest that banks “may have gone a little bit too far on mortgage credit conditions”.

There is endless discussion among Wall Street types and politicians about the event. Most of it being irrelevant. Motivation, tax decisions, the whole ball of crud comes down to bank regulators who were caught with their nickers in a bunch over their role in aiding the construction of the Bush housing bubble – that brought us the Great Recession. They’re now in the position of overreacting. They’d rather be holier-than-thou than have the slightest suspicion of being easy-peasy on folks trying to get a mortgage.

Point remains, if a creditworthy economist like Ben Bernanke ain’t getting a refi, the average working family doesn’t stand much of a chance at a mortgage under any circumstances.

The funny bit was watching this discussed on Bloomberg Surveillance, this morning. The guest host for the second hour was Alan Krueger, former chairman of the White House Council of Economic Advisors, Research Associate at the National Bureau of Economic Research. He was just turned down for a mortgage on a second home – with 50% down! 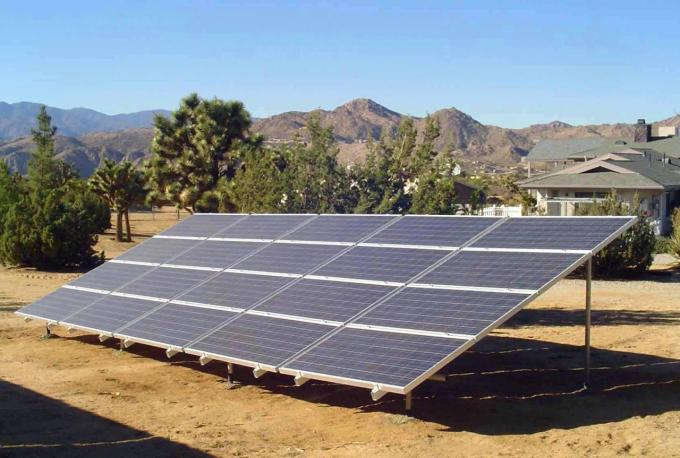 The sun could be the world’s largest source of electricity by 2050, ahead of fossil fuels, wind, hydro and nuclear, according to a pair of reports issued…by the International Energy Agency (IEA). The two IEA technology roadmaps show how solar photovoltaic (PV) systems could generate up to 16% of the world’s electricity by 2050 while solar thermal electricity (STE) from concentrating solar power (CSP) plants could provide an additional 11%. Combined, these solar technologies could prevent the emission of more than 6 billion tonnes of carbon dioxide per year by 2050 – that is more than all current energy-related CO2 emissions from the United States or almost all of the direct emissions from the transport sector worldwide today…

The Executive Director…stressed that the two reports do not represent a forecast. As with other IEA technology roadmaps, they detail the expected technology improvement targets and the policy actions required to achieve that vision by 2050, highlighting priority actions and milestones for governments, research and industry stakeholders.

A central message in both publications deals with the need for clear, credible and consistent signals from policy makers, which can lower deployment risks to investors and inspire confidence. “By contrast,” Ms. Van der Hoeven said, “where there is a record of policy incoherence, confusing signals or stop-and-go policy cycles, investors end up paying more for their investment, consumers pays more for their energy, and some projects that are needed simply will not go ahead.”

Phew! I thought she forgot about the United States.

The two documents underline the complementary role of the two technologies. With 137 GW of capacity installed worldwide at the end of 2013 and adding up to 100 MW each day, PV deployment so far has been much faster than that of STE, mainly thanks to massive cost reductions. Under the scenario described in the roadmaps, most of the growth of solar electricity comes from PV until 2030. However, the picture changes afterwards. When reaching shares between 5% and 15% of annual electricity generation, PV starts to lose value in wholesale markets. Massive-scale STE deployment takes off at this stage thanks to CSP plants’ built-in thermal storage, which allows for generation of electricity when demand peaks in late afternoon and in the evening, thus complementing PV generation.

PV expands globally, with China being by far the leading country, followed by the United States. Over half of total capacity is situated at the final consumers’ place – whether households, shopping malls or industries. STE expands in very sunny areas with clear skies, becoming a major opportunity for Africa, India, the Middle East and the United States.

We expect to modify our semi-rural compound with the addition of a solar panel array within the next two years. Making our home a point source in one of the several nationally-expanding solar power networks in the process of growing – with or without aid from politicians and public utilities. Oh, they are involved; but, only begrudgingly, dragging their bakelite brains and patent leather-shod feet all the way. 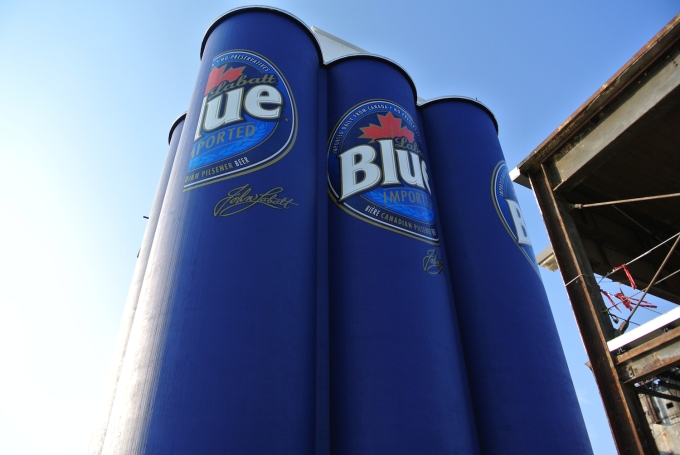 A cluster of 100-foot-tall grain silos in Buffalo is being turned into the world’s largest six-pack.

The six silos have been painted blue to resemble huge Labatt beer cans. The silos are part of the Buffalo RiverWorks, a former grain elevator that’s being transformed into a brewery, entertainment and recreation complex.

A co-owner of the property says the vinyl being used to display the Labatt name can be removed easily to return the silos to their original look. The owners aren’t saying how much Buffalo-based Labatt USA paid for the huge outdoor advertising.

Now, if those silos were filled with beer we could do a remake of Strange Brew.