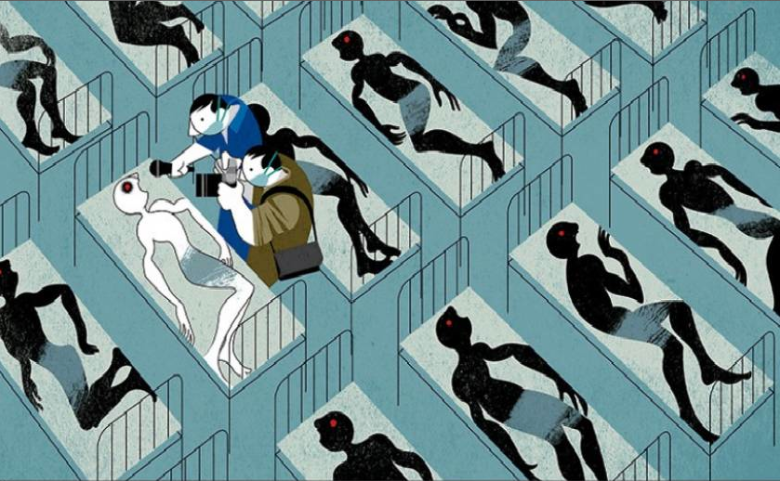 Almost a decade ago, scientists from Canada and the United States reported that they had created a vaccine that was 100 percent effective in protecting monkeys against the Ebola virus. The results were published in a respected journal, and health officials called them exciting. The researchers said tests in people might start within two years, and a product could potentially be ready for licensing by 2010 or 2011.

It never happened. The vaccine sat on a shelf. Only now is it undergoing the most basic safety tests in humans — with nearly 5,000 people dead from Ebola and an epidemic raging out of control in West Africa.

Its development stalled in part because Ebola is rare, and until now, outbreaks had infected only a few hundred people at a time. But experts also acknowledge that the absence of follow-up on such a promising candidate reflects a broader failure to produce medicines and vaccines for diseases that afflict poor countries. Most drug companies have resisted spending the enormous sums needed to develop products useful mostly to countries with little ability to pay…

The NY TIMES doesn’t need to waste space on defending the greed of corporate pharmaceutical giants. That’s what Congress is for.

Now, as the growing epidemic devastates West Africa and is seen as a potential threat to other regions as well, governments and aid groups have begun to open their wallets. A flurry of research to test drugs and vaccines is underway, with studies starting for several candidates, including the vaccine produced nearly a decade ago.

A federal official said in an interview on Thursday that two large studies involving thousands of patients were planned to begin soon in West Africa, and were expected to be described in detail on Friday by the World Health Organization.

With no vaccines or proven drugs available, the stepped-up efforts are a desperate measure to stop a disease that has defied traditional means of containing it.

Kind of like white folks noticing we don’t live in a post-racial society regardless of what Republicans say. The TIMES notices what anyone who cares about public health has always known. If it can make a bunch of money, any illness can receive study and attempts at a cure from the medical-industrial complex. The rest can waste their energy on hope.