A federal district court in Oregon has declared Secular Humanism a religion, paving the way for the non-theistic community to obtain the same legal rights as groups such as Christianity.

On Thursday, October 30, Senior District Judge Ancer Haggerty issued a ruling on American Humanist Association v. United States, a case that was brought by the American Humanist Association (AHA) and Jason Holden, a federal prisoner. Holden pushed for the lawsuit because he wanted Humanism — which the AHA defines as “an ethical and life-affirming philosophy free of belief in any gods and other supernatural forces” — recognized as a religion so that his prison would allow for the creation of a Humanist study group. Haggerty sided with the plaintiffs in his decision, citing existing legal precedent and arguing that denying Humanists the same rights as groups such as Christianity would be highly suspect under the Establishment Clause in the U.S. Constitution, which declares that Congress “shall make no law respecting an establishment of religion.”

“The court finds that Secular Humanism is a religion for Establishment Clause purposes,” the ruling read.

I’m not certain a democratic nation in the 21st Century needs such tortured reasoning. But, I’ll take it.

The decision highlights the unusual position of the Humanist community, which has tried for years to obtain the same legal rights as more traditional religious groups while simultaneously rebuking the existence of a god or gods. But while some Humanists may chafe at being called a “religion,” others feel that the larger pursuit of equal rights trumps legal classifications.

RTFA for a bit more discussion. There will be lots more around the Web, certainly punctuated by whining from any of the dozens of flavors of traditional religion kept in business by their freedom from taxation.

The number of serial killings committed by healthcare providers has leveled off in the U.S. in recent decades, although it is rising internationally, Eindra Khin Khin, MD, said here at the annual meeting of the American Academy of Psychiatry and the Law.

One reason the rates of healthcare serial murders are rising internationally, but not in the U.S., is electronic medical records (EMR), Khin Khin, of George Washington University in Washington, told MedPage Today in a phone interview. She noted that several serial killers, including physician Michael Swango, first got into trouble in the U.S. and then went overseas…

“At least in the [United] States, because of incidents in 1990s and 2000s, we’ve really beefed up on the credentialing system, and institutions have started to communicate with each other better,” she continued. “People are not shedding enough light on the international phenomenon, and the global community has a little bit to catch up on in implementing guidelines and regulatory measures.”

In terms of the site, the vast majority of killings (72%) occurred in a hospital, with the remainder occurring in nursing homes (20%), patients’ homes (6%) and outpatient settings (2%)…

As to the method used, the majority of killings — 52% — were done via lethal injection, followed by unknown methods (25%), suffocation (11%), and water in the lungs (4%). Air embolus and oral medications were each used in another 3%, while equipment tampering and poisoning accounted for 1% each.

Followed by an entertaining segment describing motivation and telltale signs you may have a serial killer onboard.

The researchers recommended several steps for preventing healthcare serial killings, such as educating staff members on the issue, designating a national or international regulation and monitoring body, routine institutional monitoring of high-alert medication use and monthly mortality/cardiac arrest rates, and consensus guidelines for managing suspicious situations.

I imagine that the Feds can data mine the ACA digital record-keeping protocols for serial killers just as they now do for rip-off artists hustling Medicare. Every little bit helps, eh?

Peter Orszag wrote this before Tuesday’s elections. It was published at Bloomberg View before voting even started. He doesn’t enjoy being this sort of savant – but, I don’t think he’s wrong? 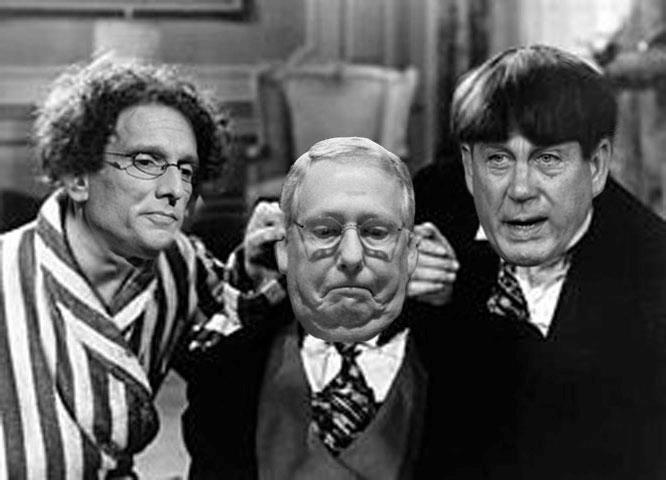 The question of the day is, What difference will it make if Republicans take the Senate?

The backdrop is a highly polarized political environment. Regardless of whether it’s preferable for Congress to enact bipartisan laws, the moderates who produce them are so rare that only partisan legislation is likely to be considered. Getting such laws passed, though, requires that one party control not just the House and the Senate but also the White House. In a world where you need all three, having two as opposed to one doesn’t matter much.

The need for greater control is especially the case in the Senate, where at least 60 votes are generally required to get anything done. The Republicans, to be sure, could use a process called reconciliation to pass budget-related bills with just 51 votes, but even then the legislation is subject to a presidential veto, which takes 67 votes to overturn. And while it’s true that a noticeable number of Senate Democrats are moderates (and their ranks may swell a bit after today), their votes will not be so easy for Republicans to obtain and are probably not sufficient to assemble a veto-proof majority.

So anyone who expects a Senate shift to produce broad tax reform or immigration reform over the next two years is likely to be disappointed. Tax reform is easy to say and hard to do; immigration reform is slightly more plausible but still very unlikely in the polarized environment. So what might happen?

One bad scenario is another outbreak of fiscal drama. The U.S. economy seems to be recovering, despite headwinds from abroad, in part because, for the past year, lawmakers in Washington have not created needless uncertainty. Next spring, however, the debt limit, the doc fix and other fiscal cliffs will rear their ugly heads…

What about health care? Votes to repeal Obamacare may be inevitable, but they will not have sufficient support to override the inevitable presidential veto. Republicans may do better with targeted legislation aimed at provisions that are unpopular with a number of Democrats. On that list are the medical device tax and the Independent Payment Advisory Board. I am a supporter of both, and believe the Independent Payment Advisory Board in particular has been widely misunderstood, but they are politically vulnerable. The White House would be wise to start defending them now — or at least limit the damage any changes might impose…

Mostly, though, we should expect continuation of not very much from Washington. Inaction, to be sure, is better than drama…

Orszag is more optimistic than I am. And he thinks the Trans-Pacific Partnership is the sort of free trade deal that will benefit the United States. I sincerely doubt it will benefit anyone in my neighborhood; but, then, ain’t any homes expensive enough to satisfy Mr. Orszag or his new/old buddies now that he’s back on Wall Street after leaving the Obama Administration.

He ain’t moving in.

Higher than the highest mountain lies the realm of the aurora. Auroras rarely reach below 60 kilometers, and can range up to 1000 kilometers. Aurora light results from energetic electrons and protons striking atoms and molecules in the Earth’s atmosphere. Somewhat uncommon, an auroral corona appears as a center point for a surrounding display and may occur when an aurora develops directly overhead, or when auroral rays are pointed nearly toward the observer.

This picturesque but brief green and purple aurora exhibition occurred last month high above Kvaløya, Tromsø, Norway. The Sessøyfjorden fjord runs through the foreground, while numerous stars are visible far in the distance.