US President Barack Obama voiced support for a new regulatory system for Internet providers aimed at avoiding a two-speed system leaving some services in an online “slow lane.”

Obama endorsed an effort to reclassify the Internet as a public utility to give regulators authority to enforce “net neutrality,” the principle barring Internet service firms from playing favourites or opening up “fast lanes” for those who pay more.

In a statement on Monday, Obama said he wants the independent Federal Communications Commission (FCC) to “implement the strongest possible rules to protect net neutrality.”

Obama’s comment comes as the FCC seeks to draft new rules to replace those struck down this year by a US appeals court, which said the agency lacked authority to regulate Internet service firms as it does telephone carriers.

“‘Net neutrality’ has been built into the fabric of the Internet since its creation – but it is also a principle that we cannot take for granted,” Obama said in a statement.

“We cannot allow Internet service providers to restrict the best access or to pick winners and losers in the online marketplace for services and ideas.” Obama added…

Obama also said he wants the same rules to apply to mobile broadband, which was not covered in the earlier regulations.

Predictable creeps, ranging from profiteers in cable and telecom to absolute ignoranuses like Ted Cruz are lining up according to pay grade to oppose equal access to Web communications. Cruz, of course, is chartered by his owners to oppose anything that contains the word “equal”. The telecom model is simply to lie even more than politicians. Usually about imaginary costs and research.

While we do have some of the most expensive broadband in the world – we’re down to about 18th in the world for the speeds we get for our buck$.

UPDATE: FCC chairman kicks the can down the road – to have backing of rightwing Congress. So much for government agencies dedicated to the good of the whole nation, eh?

Bravo to François Gissy for continuing to reach truly ridiculous velocities on his rocket-powered bicycle. The amazing Frenchman recently hung on for a series of runs at Circuit Paul Ricard where he bashed through his old record and showed a Ferrari who was boss.

We thought it was crazy enough last year when Nissy hit 163 miles per hour on his rocket bike down a stretch of French highway. Clearly, the cycle’s designer, Arnold Neracher, has kept hard at work on the project, though. In the latest runs, Nissy managed a top speed of 207 mph (333km/h), blowing last year’s results up in a huge puff of smoke.

The speed alone is impressive enough, but seeing how quickly he attains it makes the video truly mind-boggling. The cycle is little more than a white streak going down the track. For sake of comparison, Nissy also lines up for a drag race with the Ferrari to show what quick really looks like – this bike is truly a crotch rocket. 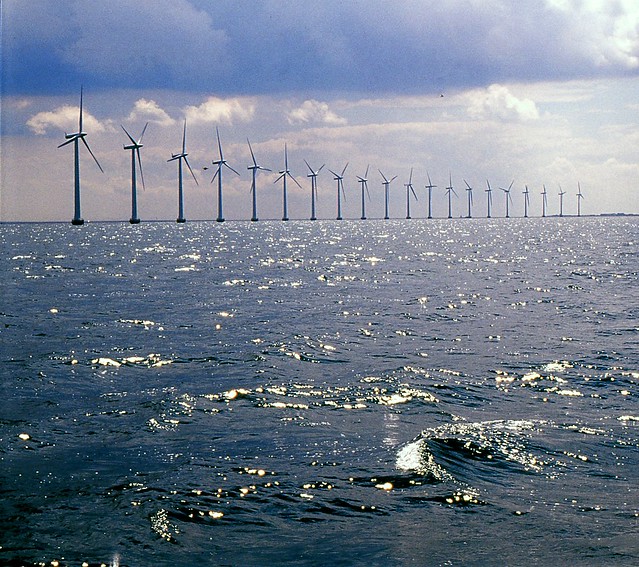 Denmark, a tiny country on the northern fringe of Europe, is pursuing the world’s most ambitious policy against climate change. It aims to end the burning of fossil fuels in any form by 2050 — not just in electricity production, as some other countries hope to do, but in transportation as well.

Now a question is coming into focus: Can Denmark keep the lights on as it chases that lofty goal?

Anyone at the TIMES realize what a wonderful context requires a question like this?

Lest anyone consider such a sweeping transition to be impossible in principle, the Danes beg to differ. They essentially invented the modern wind-power industry, and have pursued it more avidly than any country. They are above 40 percent renewable power on their electric grid, aiming toward 50 percent by 2020. The political consensus here to keep pushing is all but unanimous.

The trouble, if it can be called that, is that renewable power sources like wind and solar cost nothing to run, once installed. That is potentially a huge benefit in the long run.

But as more of these types of power sources push their way onto the electric grid, they cause power prices to crash at what used to be the most profitable times of day.

That can render conventional power plants, operating on gas or coal or uranium, uneconomical to run. Yet those plants are needed to supply backup power for times when the wind is not blowing and the sun is not shining…

The governments have offered short-term subsidies, knowing that if they force companies to operate these plants at a loss, it will be a matter of time before the companies start going bankrupt.

Throughout Europe, governments have come to the realization that electricity markets are going to have to be redesigned for the new age, but they are not pursuing this task with urgency. A bad redesign could itself throw customers into the dark, after all, as happened in California a decade ago…

Amazing. An adult supposedly knowledgeable about power generation, pricing and, yes, price manipulation – who apparently never heard of Enron. The corrupt company with even more corrupt capitalists at the helm who deliberately induced many of California’s so-called power shortages.

The government is…well aware that it needs to find a way out of this box. Environmental groups, for their part, have tended to sneer at the problems the utilities are having, contending that it is their own fault for not getting on the renewables bandwagon years ago…

So the trick now is to get the market redesign right. A modest version of reform would essentially attach a market value, and thus a price, to standby capacity. But Rasmus Helveg Petersen, the Danish climate minister, told me he was tempted by a more ambitious approach. That would involve real-time pricing of electricity for anyone using it — if the wind is blowing vigorously or the sun is shining brightly, prices would fall off a cliff, but in times of shortage they would rise just as sharply.

As Denmark, like other countries, installs more smart meters and smart appliances able to track those prices with no human intervention, one can imagine a system in which demand would adjust smoothly to the available supply. Most people would not care if their water heater were conspiring with other water heaters to decide when to switch on and off, as long as hot water reliably came out of the tap.

Has Mr. Gillis ever traveled, lived among ordinary folks in Europe? First time I ran into tankless hot water heaters was in Switzerland – in 1971. Prices gave been coming down as efficiencies rose – even for electric models instead of gas-fired. We installed an on-demand electric hot water heater in our home this summer for less than $400 for the unit. Our household electric bill is down 20-30%. Payback in one year.

Yet, even if Denmark can figure out a proper design for the electric market, it has another big task to meet its 2050 goal: squeezing the fossil fuels out of transportation…Mr. Petersen told me he still felt electrification of cars was the way to go, but the cars themselves were not really ready.

“We need longer range and lower prices before this becomes a good option,” he said. “Technology needs to save us here.”

Fortunately, there are more than one or two automobile manufacturers dedicated to resolving that portion of the questions asked. Builders ranging from Volkswagen/Audi/Porsche to Mercedes, Nissan/Renault, target less expensive electric cars with ranges extending 250 to 550 miles decades before the 2050 renewable electrification target date.

At the mid-price point and up for big luxury cars Tesla is already there.

An important footnote BTW. Save the arguments about “manageable” small countries vs what is needed to change over the United States. It can be done one state at a time, one region at a time. Denmark is bigger than a number of states. So is the size of that nation’s population.

The important bit is that the citizens and politicians are also smarter, sensible and willing to change. That’s the significant comparison.

ALMA image of young star HL Tau and its planet-forming disk. Notice the multiple rings and gaps. This means planets are now emerging in the disk, and they are in the process of sweeping their orbits clear of dust and gas.