A politician who wants a U.S. Marine base moved out of Okinawa won election as governor of the southern Japanese island chain…

Takeshi Onaga was set to win a sweeping victory after exit polls late yesterday indicated he had almost twice as many votes as Hirokazu Nakaima, incumbent and Prime Minister Shinzo Abe’s favored candidate.

Onaga, 64, is seeking to reduce the military burden on Okinawa, which hosts about three quarters of the U.S. bases in Japan, while boasting only 0.6 percent of the nation’s land area. Nakaima, 75, last December agreed to allow the Futenma U.S. Marine base to be shifted to a less densely populated area of the prefecture — a move that appeared to end nearly two decades of wrangling over the issue.

“Based on this victory, I will go to the government, the U.S. government and even the United Nations to tell them the people are against it,” Onaga said yesterday in a televised interview broadcast after the exit polls were published. Nakaima’s decision had “sent the wrong message,” he said…

Chief Cabinet Secretary Yoshihide Suga told reporters on Nov. 14 that the government would stick to its policy of trying to close the Futenma base within five years regardless of the election result. Abe has lifted an effective ban on arms exports and reinterpreted the constitution to allow Japan to defend other countries — including the U.S., its only formal ally…

“Defending other countries” being Washington doublespeak for “Japan remains our leading flunky in Asia”.

Local residents complain of crime, pollution, accidents and noise associated with the U.S. bases and anger peaked in 1995 when a 12-year-old girl was gang-raped by three U.S. servicemen. Polls show 80 percent of local people want to move the facility out of the prefecture.

Boasting a unique culture and language, as well as white sand beaches and clear waters, Okinawa has become a tourist hot spot. Visitor numbers from both Taiwan and mainland China doubled in September from a year earlier, while visits totaled 3.72 million people in the six months through September.

…Onaga said in an Oct. 31 interview with Bloomberg that while he doesn’t want all the bases removed, the economic incentive for hosting them has faded. They account for just 5 percent of Okinawa’s economy and about 9,000 jobs, and their removal would free up land for tourist development.

Peaceful commerce with China doesn’t mean much of anything to Japan’s militarists. They may not march at the front of election parades; but, they still pull the same old strings from their comfortable couches within corporate Zaibatsu skyscrapers.

Meanwhile, Uncle Sugar wants to retain Okinawa to be available as a rock-solid launching platform for the next time we decide to invade any part of Asia — the role that the prefecture played during the years we spent trying to return VietNam to Western subjugation.

Actor Joseph Gordon-Levitt will play Edward Snowden in a movie directed by Oliver Stone about the former National Security Agency contractor who blew the whistle on the US government’s mass surveillance programs, the film’s backers said on Monday.

Stone, who won best director Oscars for Platoon and Born on the Fourth of July, has written the screenplay based on two books – The Snowden Files: The Inside Story of the World’s Most Wanted Man by Luke Harding and Time of the Octopus by Anatoly Kucherena.

Producer Moritz Borman said in a statement that he and Stone chose Open Road and Endgame because “this film needs an independent in the true sense, where political pressures will not come into play…”

Snowden leaked tens of thousands of classified intelligence documents to the media in 2013 and sparked a firestorm over the NSA’s gathering of data from the Internet activities and phones of millions of ordinary Americans and dozens of world leaders.

When it comes to offering Wi-Fi in the sky, airlines enjoy a situational monopoly. Still, this takes the cake: a Singapore Airlines passenger stepped off a plane, looked at his phone and discovered this bill for $1,171.46:

As the passenger, Jeremy Gutsche, explains on TrendHunter, the eye-popping total came about as result of ordinary internet use — sending emails, uploading documents and such things. But since the airline’s $28.99 sign-on fee only included a paltry 30 MB of data, the overage charges hit hard.

“I wish I could blame an addiction to Netflix or some intellectual documentary that made me $1200 smarter. However, the Singapore Airlines internet was painfully slow, so videos would be impossible and that means I didn’t get any smarter… except about how to charge a lot of money for stuff. I did learn that,” noted Gutsche…

Meanwhile, the airlines are locked into long-term exclusive contracts with Wi-Fi providers like Gogo, which appears to have settled a recent price-gouging suit but has failed to bring down prices. The hope of future competition doesn’t look great either, as AT&T this week said it would ground plans to build in-flight Wi-Fi.

The article ends with a CYA explanation about startup costs for airplane wifi services. Scant help to consumers who have been shafted.

And a lousy business model – apparently acceptable to some providers.

So, a word of caution. Check what’s included in what you sign up for. You know from the gitgo that airlines aren’t in the business of providing anything at a reasonable cost. They will screw you a bit more for some services than others.

Impossible Foods CEO and Co-Founder Patrick Brown discusses his company’s products which are made entirely from plants, creating a sustainable source of food and why he says his products are made a better way — with Bloomberg’s Angie Lau on “First Up.”

Amazing what computational analysis and genetic engineering are getting ready to make possible. I have a couple of old acquaintances – retired molecular biologists – who probably would like to start all over again. 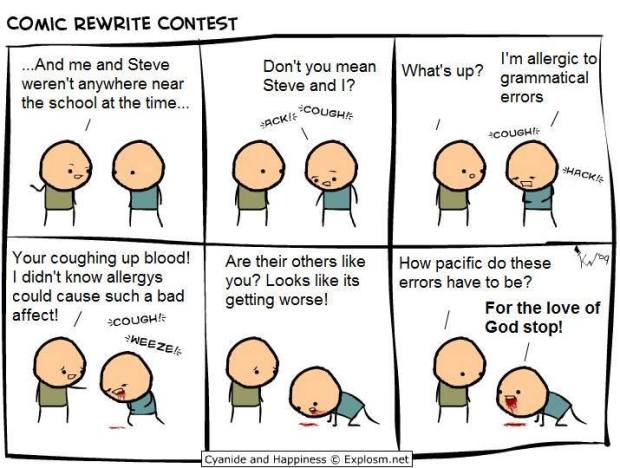