In our geek household, we celebrate holidays when We get days off from work. That’s irrelevant for me since I’m retired; but, all the more important because my honey and I get an extra weekday together – instead of only the evening through to morning. Make sense?

We celebrate New Year’s Eve and Valentine’s Day because the first is my wife’s birthday, the second is mine. We celebrate MLK Day. Memorial Day in its original form – remembering the Civil War. Independence Day, Labor Day. Veterans Day is Armistice Day in our home. Again, we’re celebrating the original.

Thanksgiving is a perfectly reasonable holiday; but, remember to reflect on the lot of First Nation folks who didn’t exactly invite us in – and were brutally shoved aside. I used to belong to a sport club named for Metacomet who damned near wiped out all those original English colonists.

Lots of folks get their knickers bunched over what should be a special December event – whether it be Christmas, Hanukkah, Kwanzaa or Festivus. Essentially, we celebrate the winter solstice. There are Druids on both sides of our relationship and neither of us is religious. My wife is a student of Buddhist philosophy [among others] and I’m a philosophical materialist, dialectician, existential and atheist. Wandering the roadways and footpaths of our small bosque community with Sheila the dog – is plenty of celebration.

What are we thankful for? Well, today we celebrated our 254th Lunaversary. We take time to express our thanks to each other for another wonderful month since we were married here in the courtyard at Lot 4. We celebrate the regular anniversaries, too. Of course. But, we consider ourselves exceptionally fortunate to have found each other…and celebrate that every month.

Have a mellow holiday, folks. We send you our love and respect.

Lenore Skenazy is a public speaker and founder of the book and blog Free-Range Kids. Her show “World’s Worst Mom” airs on Discovery/TLC international. 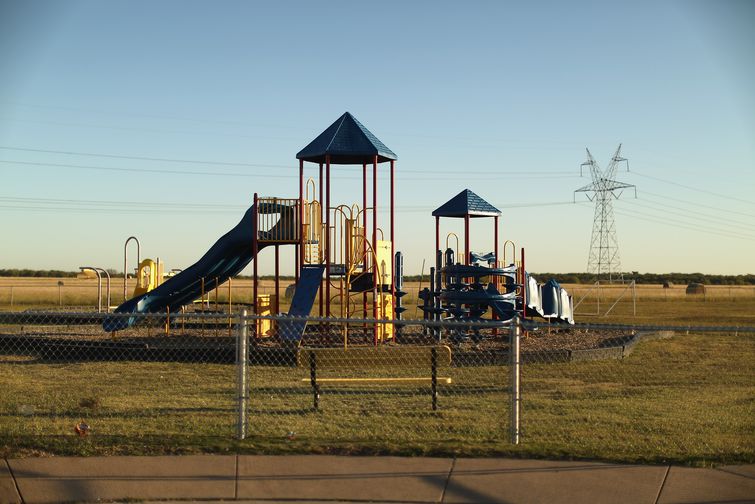 The Richland, WA, school district is phasing out swings on its playgrounds. As the district’s spokesman recently told KEPR TV: “It’s just really a safety issue. Swings have been determined to be the most unsafe of all the playground equipment on a playground.”

Ah yes, those dangling doom machines. All they sow is death and despair.

But while this sounds like yet another example of how liability concerns are killing childhood (seen a see-saw anywhere in the last 20 years? A slide higher than your neck?), it’s deeper than that. Insurance underwriters are merely the high priests of what has become our new American religion: the Cult of Kiddie Danger. It is founded on the unshakable belief that our kids are in constant danger from everyone and everything.

The devout pray like this: “Oh Lord, show me the way my child is in deathly danger from __________, that I may cast it out.” And then they fill in the blank with anything we might have hitherto considered allowing our children to eat, watch, visit, touch, or do, e.g., “Sleep over at a friend’s,” “Microwave the macaroni in a plastic dish,” or even, “Play outside, unsupervised…”

What’s more, this is a state religion, so the teachings are enforced by the cops and courts. Those who step outside the orthodoxy face punishment swift and merciless…

We think we are enlightened in this quest to keep kids completely safe. Actually, we have entered a new Dark Ages, fearing evil all around us.

If we want the right to raise our kids rationally, even optimistically, it’s time to call the Cult of Kiddie Danger what it is: mass hysteria aided and abetted by the authorities. But as earlier holy books so succinctly instructed us, there is a better way to live.

Lenore Skenazy makes her case with the thoroughness of a pedant. With the heart of a warrior. Which, of course, she must be, every day.

Click through to Erard Swannet’s site. Delightful photographer. Taken on a flight to the UK. A wind farm in the North Sea.