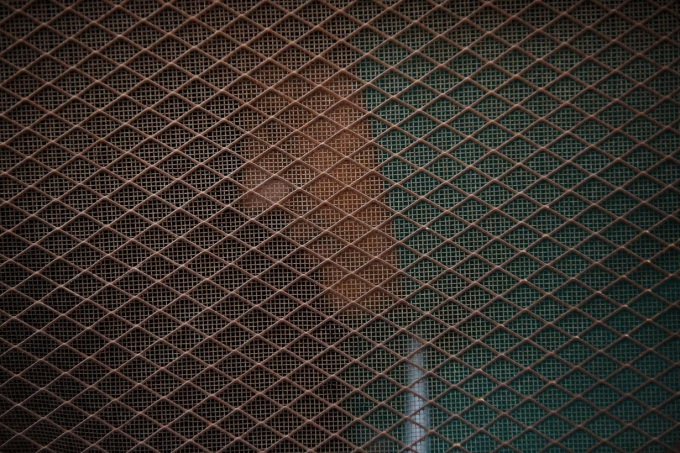 When Pooja Bohara heard that the two men who had dragged her into a toilet and raped her had been released from prison nine months ago, the Nepali teenager, seen above through a door of the Raksha Nepal rehabilitation centre, went into shock.

But despite being blamed and stigmatised by some in her community in western Nepal for reporting the rape and forced to seek refuge in the capital, the 17-year-old says she is not giving up her fight for justice.

“Society and some family members blame me. My uncle even suggested that I should be placed in a heap of straw and burnt to death, but my father was for justice,” said Bohara, sitting in the rehabilitation centre in Kathmandu.

“It is not our fault that we are raped. Victims should come out and tell their story to the courts and seek justice.”

The two men, who had been convicted and sentenced to 13 years imprisonment in March 2013, were acquitted by an appeals court last April due to a lack of evidence…

Growing awareness in Nepal of crimes against women has helped an increasing number of victims like Bohara to challenge a culture that often blames or shuns them into silence, say police and activists…

But despite improvements and greater awareness, most women still remain unaware of their rights and do not come forward to report crimes due to fears of stigmatisation, said Menuka Thapa, head of Raksha Nepal, the charity sheltering Bohara…

Mustering the courage to come forward and report violent crimes is just the first step in a long and often painful process to get justice. But Bohara is not waiting. The teenager has appealed to the Supreme Court, which is expected to hear her case later this month.

Another important chapter in Reuters’ “The Wider Image” series.

An Oregon judge has ruled that a 61-year-old man did nothing illegal when he crouched in the aisle of a Target store and snapped photos up a 13-year-old’s skirt.

It was lewd and appalling, but not outlawed, Washington County Judge Eric Butterfield said.

“From a legal point of view, which unfortunately today is my job to enforce, he didn’t do anything wrong,” the judge said…

Patrick Buono of Portland didn’t dispute using his cellphone to take upskirt photos on Jan. 3 at the store in suburban Beaverton…

“Sure, she’s in a public place. But she had an expectation of privacy that a deviant isn’t going to stick a camera up her skirt and capture private images of her body,” Deputy District Attorney Paul Maloney said…

Maloney said Buono took the photos hoping they would be explicit.

After the ruling, Buono shook his lawyer’s hand and hurried from the courtroom.

Poisonally, I think if the judge had the courage to defend privacy – a scarce enough commodity in 21st Century America – he’d have no shortage of defenders within and without the legal profession.

Gallup CEO Jim Clifton has discovered a shocking secret about unemployment: its definition.

Those Chicago guys didn’t even bother to hide this one in plain sight. It’s just sitting there in plain sight, right on the Bureau of Labor Statistics’ homepage: only people who don’t have a job but are actively looking for one count as unemployed. That means someone who wants work but has given up looking for it because things seem so hopeless isn’t “unemployed.” Neither is someone who works part-time but can’t find the full-time job that they want. Or someone who does whatever odd jobs they can find. Add it all up, and our 5.6 percent unemployment rate is a “Big Lie,” according to Clifton…

If the unemployment rate is so flawed how come we pay so much attention to it? Well, because it’s the worst stat about labor market slack except for all the others. The problem is figuring out which people who don’t have jobs are really jobless.

Take discouraged workers. The unemployment understates how bad things are by ignoring them, but we wouldn’t want to count everyone who’s not working and not looking for a job as unemployed, would we? If we did, then we’d be saying that college students and stay-at-home parents and even retirees are just as unemployed as someone who’s sending out resumés everyday.

But even that’s not clear cut since some people go to school because they can’t find a job, and some people stay at home since child care would cost more than they’d make, and some people are forced into retirement. That’s why we look, for example, at the so-called prime-age participation rate—the percent of people between 25 and 54 years old who have or are looking for a job—to figure out far away we are from a real recovery. And by that measure, we still have a ways to go…

But even that’s imperfect because it doesn’t tell us why people aren’t looking for work. It could be that the crisis convinced more people to go to college, regardless of whether they could find a job now. That’d be good.

Or it could be that wages have been flat for so long and childcare’s gotten so expensive that it’s not worth it for people to work now or anytime soon. That’d be bad.

Or it could be both. But if either is true, it’d mean that the unemployment rate is more accurate than you might think. In other words, since we can’t read people’s minds, the best way we can tell what they want is to look at what they’ve done. That’s not entirely right, but it’s the least wrong.

So the unemployment rate’s not a big lie. But calling it one is.

All this crap got started back in the Nixon era. Yes, essential labor statistics were screwed with to make unemployment look like less of a problem. It’s called Republican arithmetic.

But, most of the whines since are just that. Beancounteers crying in their beer over a small fractional adjustment for whatever reason. Which has nothing to do with either cyclical or, especially, structural unemployment.

So, just tell your favorite whiner to put a cork in it and spend their time trying to find solutions instead of putting all their energy into a lament about people they ignore 99% of the rest of their lives.